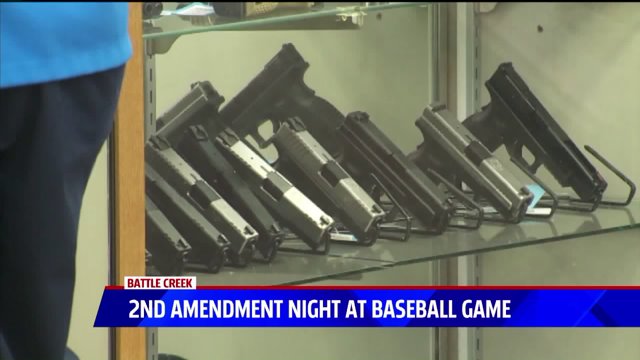 Plans for the open carry event have been underway for months.

"It's a celebration of responsible gun ownership and learning, if you do have a firearm, how to do it safely," said Bombers General Manager Tony Lovieno.

The event is sponsored by Freedom Firearms, and organizers say it's promoting firearms safety and education.   Open carry is permitted at the game, however anybody caught drinking while carrying will be asked to leave immediately.

"There's going to be some booths underneath the bleachers set up showcasing the education portion," said Freedom Firearms co-owner Joel Fulton.  "We're going to have some gun safe stuff for the kids there, basic safety stuff for kids so they know how to be safe around firearms."

No guns will be sold at the game, but trigger locks will be given away.

While elected officials and other community members are on board, not everyone agrees with the idea.

"I just assume to come to the ball game a different night," said Clayton Parr.  "I guess I"m more comfortable in a stadium that doesn't have any guns than a stadium that's got a bunch of guns."