Goat wanders away from home, goes on morning Starbucks run 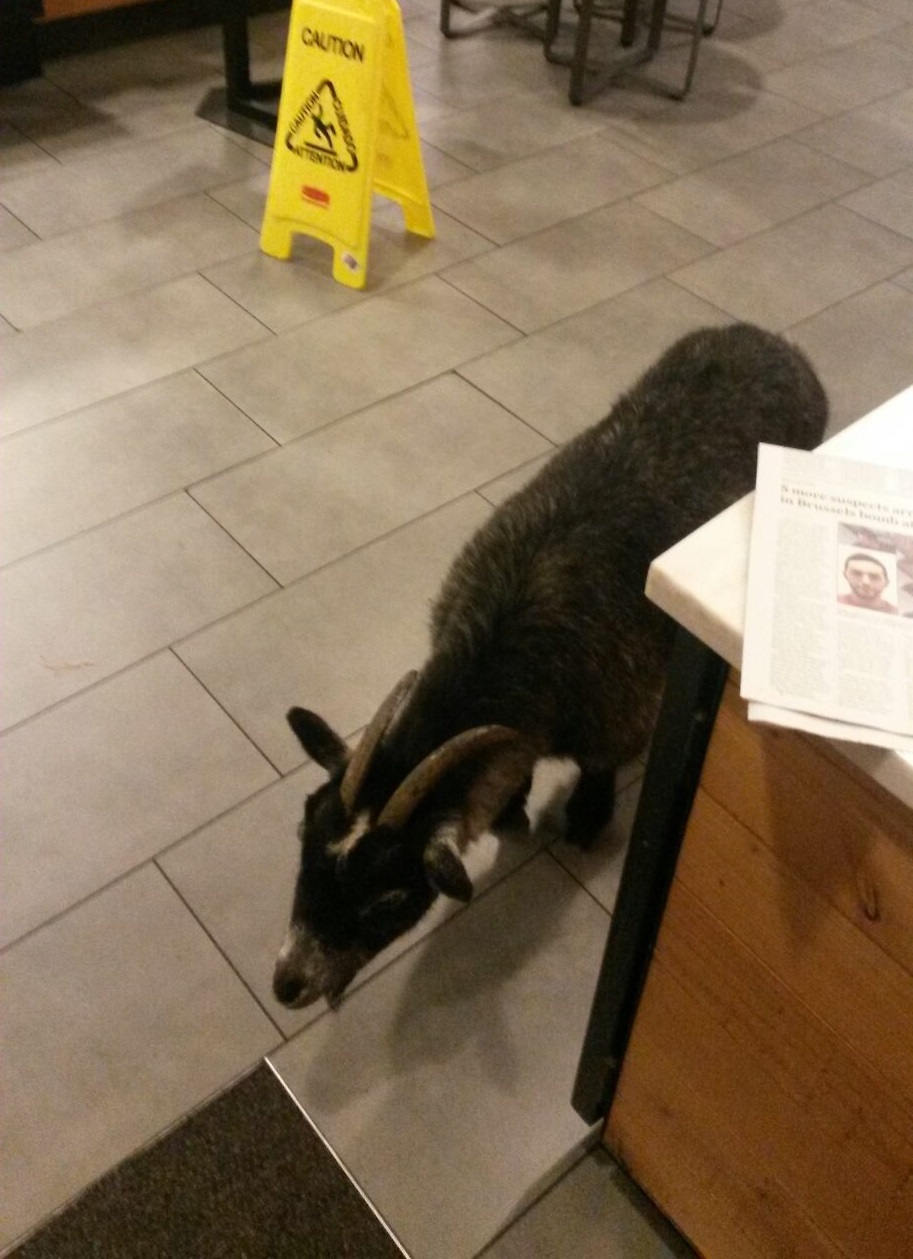 Police say a goat apparently needed a caffeine fix when it wandered into a Starbucks in Northern California.

He said employees who were opening the Starbucks tried to give the goat a banana, but the animal kept walking into the coffee shop and started chewing on a box.

Bates took the goat into custody and brought it to the animal shelter — but not before snapping photos of it sniffing around the Starbucks and posting them on the police department’s Facebook page.

He said the word got to the goat’s owner and the animal has made it home.

The Associated Press contributed to this report.