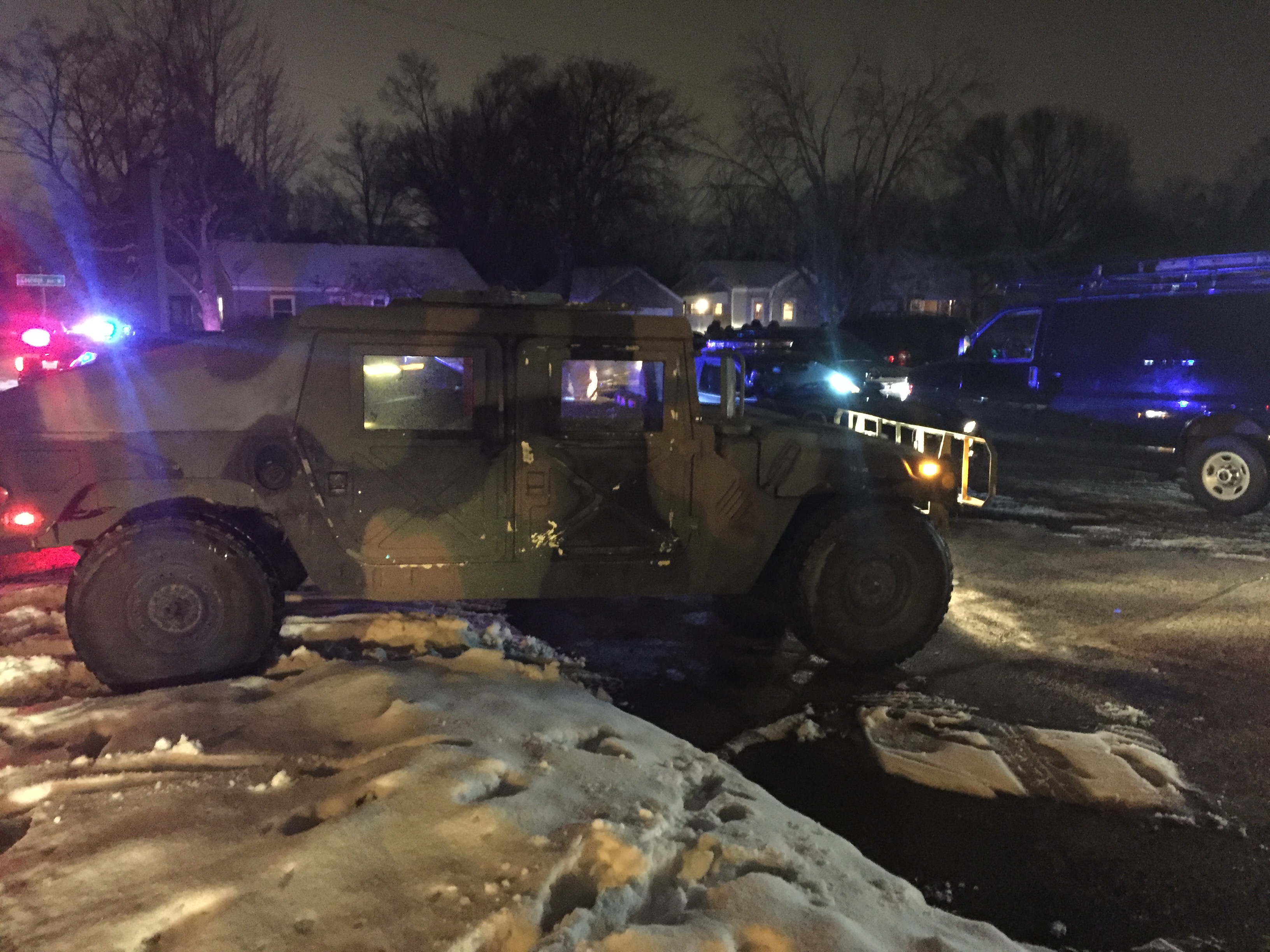 BATTLE CREEK, Mich — Battle Creek police have a man in custody after he allegedly fired shots at officers during a traffic stop.

Police say they stopped a vehicle around 3:15 p.m. Saturday afternoon near the intersection of Hubbard and Goodale streets in Battle Creek.

During the stop, the suspect fired shots at police. Officers returned fire and began to give chase, ending when the suspect jumped out of the vehicle and went into a house in the 20 block of W. Coolidge, which officers surrounded.

Before entering the house, the suspect had thrown a gun into the snow believed to be used in firing at an officer.

Neighbors surrounding the home were asked by police to evacuate until the standoff was resolved.

Police made multiple unsuccessful attempts to contact the suspect inside the home. With the assistance of a K9 unit, officers entered the home where the suspect was arrested without resistance.

The suspect was taken to the hospital with bites from the K9.

The officer involved in the shooting was taken to the hospital as a precautionary measure. He was unharmed.

It’s unclear what the suspects motive was.