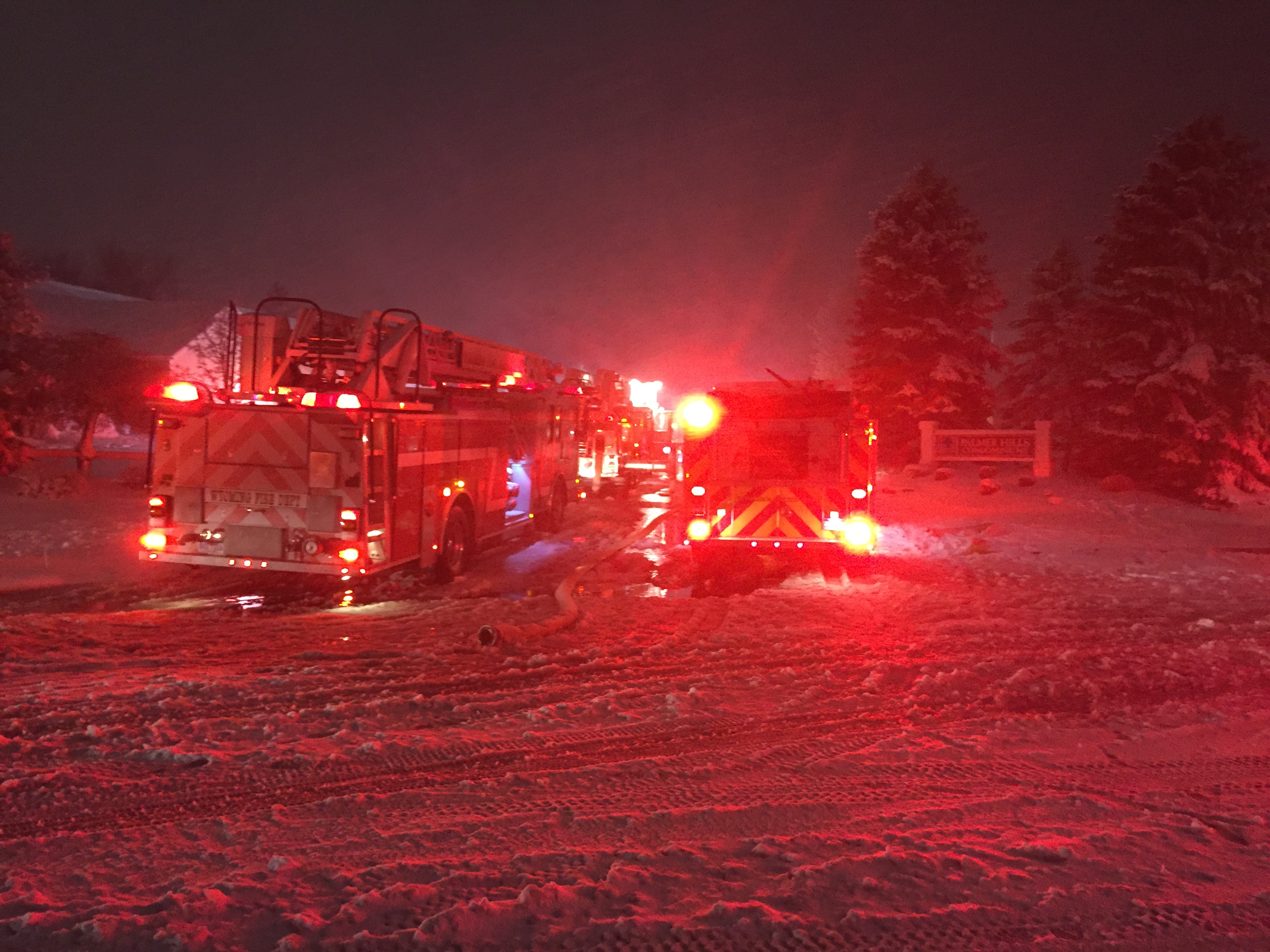 WYOMING, Mich. — A fire at a condominium complex destroyed a unit and injured two people, according to Wyoming Public Safety.

Officials say that they received a call around 5:50 p.m. to a fire at a condo, located in the 1100 block of La Paloma Drive, near the intersection of Gezon Parkway SW and 56th Avenue. Upon arrival, firefighters found two condominium units on fire, one of which is being deemed a total loss.

Wyoming Department of Public Safety is reporting that one man in his 40s was injured in the fire, and was taken to a local hospital, where he is listed in critical condition. One woman was also injured, but her condition isn’t known at this time.

The structural integrity of the building is in question, preventing firefighters from going inside. Right now, they’re working on putting out any remaining hot spots.

WYFD on scene of a structure fire 56th and Gezon Kentwood fire being called in pic.twitter.com/dBnErMeMsS

The cause of the fire is to be determined.