PARK TOWNSHIP, Mich. — A woman, her daughter, and 9-month-old grandchild were killed following a two vehicle crash Saturday morning, according to authorities.

62-year-old Patricia Rayner of Lake Odessa, was driving north on 152nd Avenue near Quincy Street in a Volkswagen Beetle around 11:25 a.m. when she ran a stop sign and hit a pickup truck, police said.

The baby's mother, 24-year-old Casey McMaster of Clarksville, was taken to the hospital by AeroMed in critical condition, where she later died.

Authorities say Casey and Rayner were ejected from the vehicle.

Bystanders took the baby from the backseat and tried performing CPR until first responders arrived, according to the Ottawa County Sheriff's Department.

The driver of the truck, 37-year-old Bryan Rotman, and two passengers, aged 2 and 5-years-old, had minor injuries.

The Ottawa County Sheriff’s Department said the 9-month-old was properly secured in her car seat at the time of the crash.

This isn't the first hardship the McMaster family has been dealt. A family friend tells FOX 17 News that Madi was diagnosed with Spina Bifida in utero.

A Go Fund Me page was originally been set up to help the family with medical costs associated with the diagnosis. Since the accident, the page has been updated to now help both Rayner and McMaster families with funeral costs.

The crash remains under investigation. 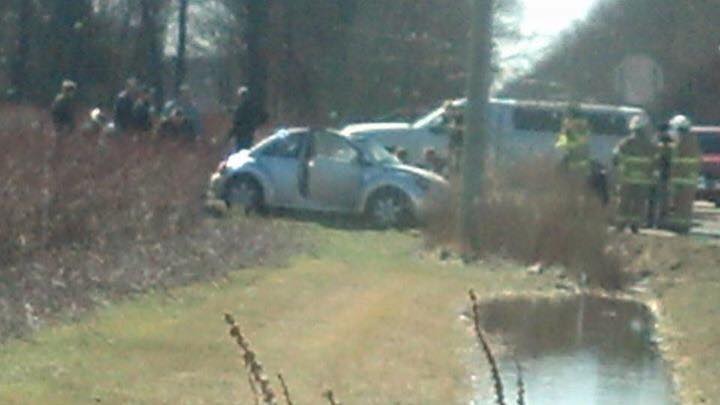