Sheriff’s Department: Dog recovering after allegedly being shot by owner 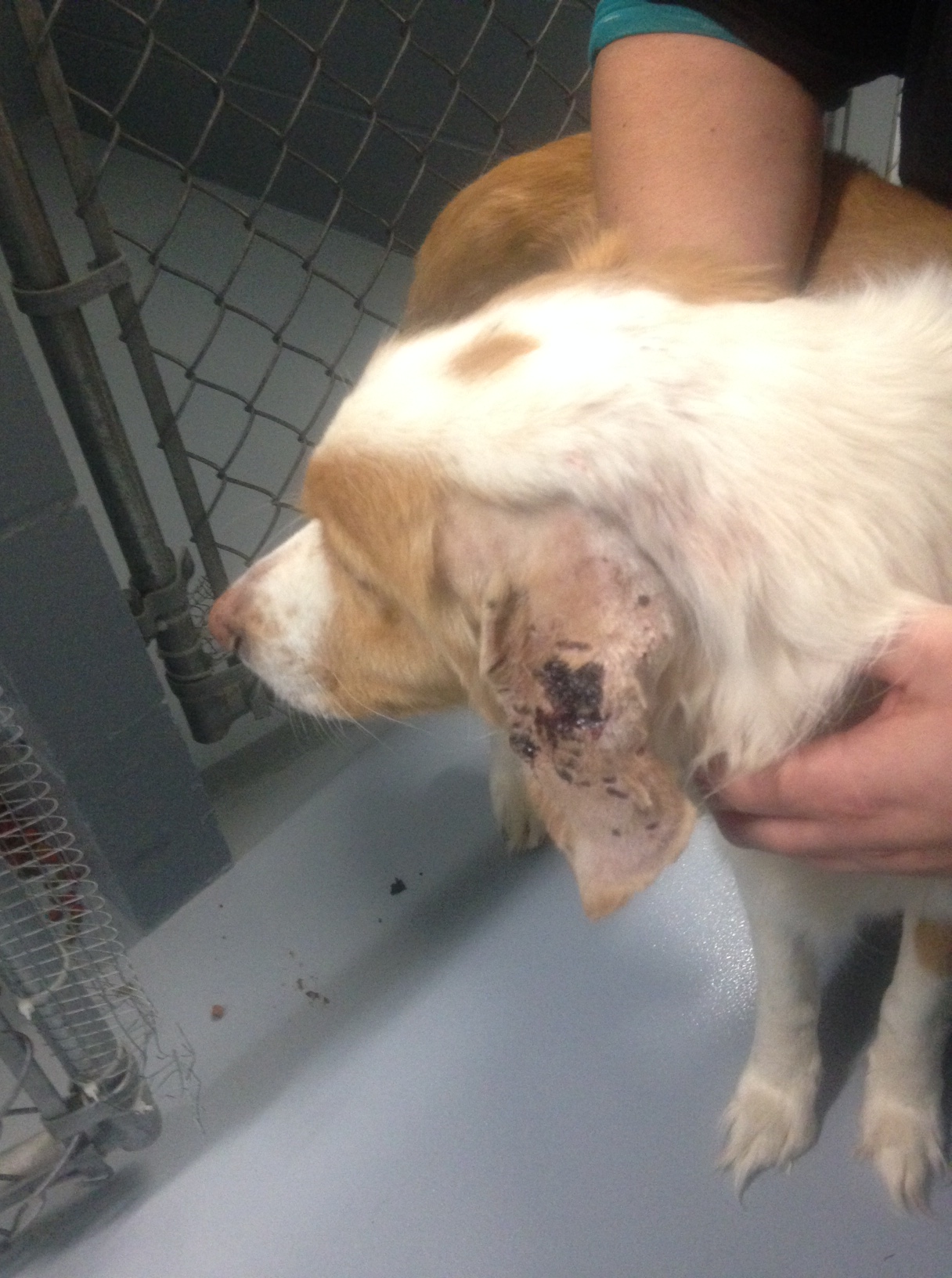 DECATUR TOWNSHIP, Mich. -- A Van Buren County man could face charges after he allegedly shot his dog in the ear.

"When he first came in [he] was completely covered in blood-matted-hair with quite a bit of infection," said Kacy Murphy from the Van Buren County Animal Shelter.

The dog, an Aussie mix named Brantley, showed up at a home in the 40000 block of County Road 669 the morning of Jan. 3 with a gunshot wound to his right ear, according to police.

A woman who lives at the home found out who the dog belonged to and contacted police, according to the sheriff's department.

"Animal control ended up going out there and speaking with her. Prior to them getting out there, she ended up talking to some people and they figured out who owned the dog," Sgt. Dan Abbott, from Van Buren County Sheriff's Department said.

When police went to the owners home in Decatur, a 20-year-old man admitted that he shot the dog Jan. 2 with a 12 gauge shotgun after claiming the animal bit his wife.

According to police, he told investigators that he thought he missed the animal.

"They came up with a story that the wife had been bit...the animal control officer who was out there did look for injuries on the wife,however there were no injuries that even correlated to a dog bite," Abbott said.

Police say the woman never filed a complaint with their department about a bite.

"It’s just unnecessary for anyone to be cruel to an animal others too many places that want to help," Murphy said.

Brantley is currently being cared for by Van Buren County Animal Control and is expected to make a full recovery.

Officials with the sheriff's department say he will likely be up put up for adoption after he recovers.

Police say the case is being forwarded to the county prosecutor's office for potential charges.