MUSKEGON TOWNSHIP, Mich. — An unusual Christmas display in Muskegon is honoring a family patriarch, but some took to social media horrified.

The display is near Quarterline Road and Oak Park Avenue in Muskegon Township.  In a post that's now been shared hundreds of times on Facebook, Michael Golliver posted for people to call Muskegon Township Police to say they don't want the image of a gunman pointing at them as they drive by.

In Golliver's post, he references that Muskegon Community College is nearby and recently had a bomb scare. He and others on social media argue, given recent events in San Bernardino and elsewhere, it isn't appropriate timing for the display.

"How does that celebrate life, I’m not sure I understand especially at this time when so many people have lost their lives to gun violence," he said. “I’m heartened to believe that was not their intention, to scare people, but the fact is that it does.”

FOX 17 spoke with the owners of the home Tuesday who showed the whole display.  Brittany Cousins said the display is meant to pay homage to her father who was an avid hunter before unexpectedly passing away last year.

"Hunting was always something we always did together, and this was something we kind of joked about, putting a hunter up as a Christmas decoration," Cousins said.

The "gunman" in the display is actually a re-purposed Halloween decoration now wrapped in lights that's aiming at two lit animatronic deer in the yard.

While acknowledging it looks "a little different," Cousins said she considered the decoration as a way to keep her father with the family through the holidays. 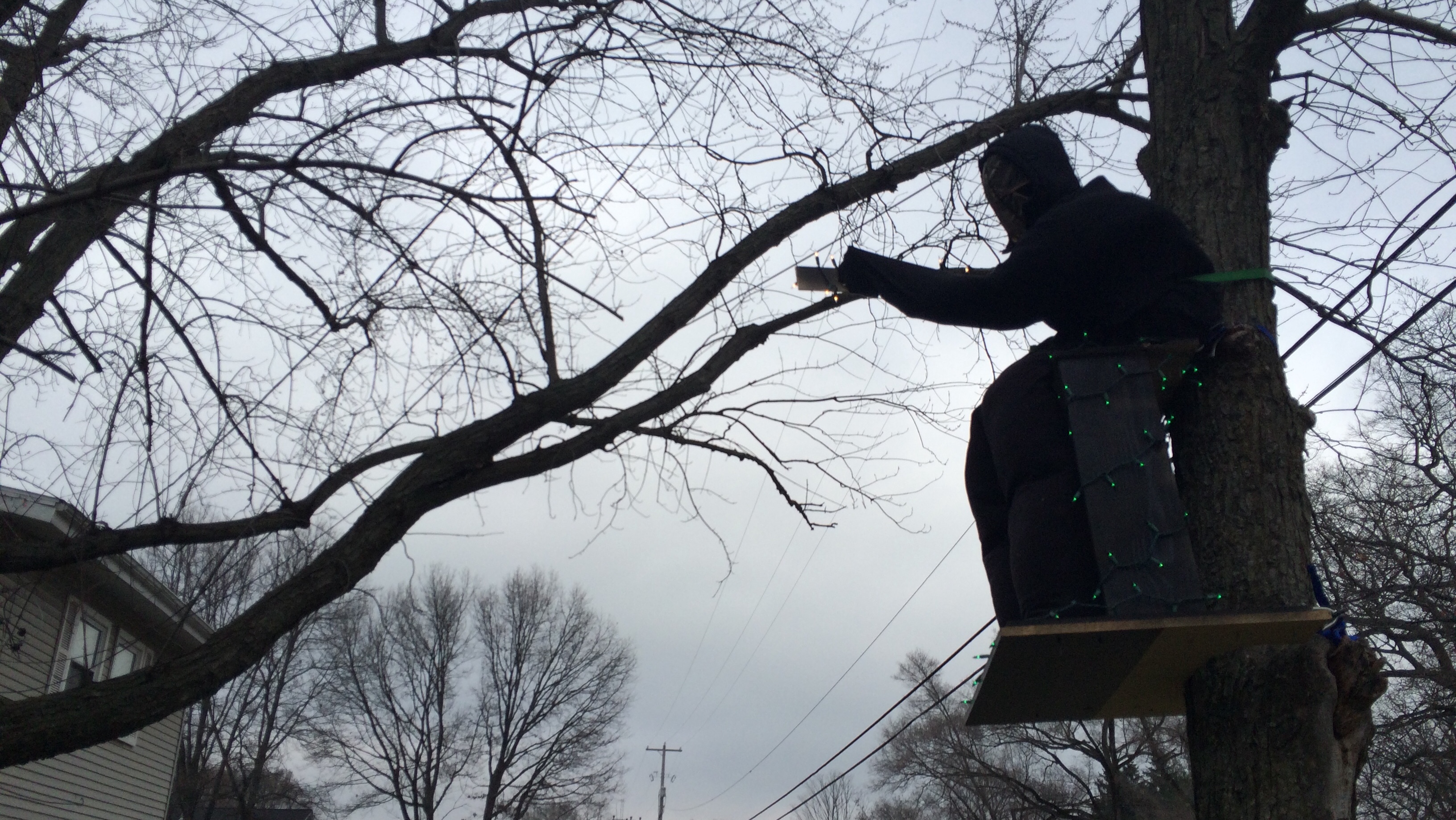 Cousins said none of her neighbors had approached them about the display, adding she had yet to speak directly to the man who posted about it originally Facebook.

She said they were shocked by the reaction it received on social media.

Muskegon Township police said they were made aware of the display and felt the explanation provided by the homeowners was legitimate. Legally, there's nothing forcing the family to remove the figure.

Police told FOX 17 they will not be pursuing the matter further.