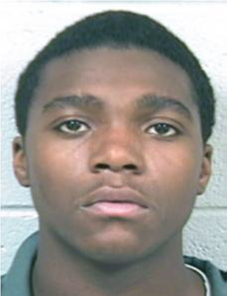 BENTON TOWNSHIP, Mich. — One person is in custody and two others, including the suspected shooter, are being sought by police after a Benton Harbor teen was shot and killed Sunday.

Karlos Quebay Kelly, 17, was killed just after 3 p.m. near Blossom Acres Apartments in the 1200 block of Blossom Lane, according to the Benton Township Police.

Daquantaries Maurice Williams, 18, is wanted for questioning in connection with the shooting, police said.

According to a release, the three 18-year-olds were sitting in a white Toyota near the apartment complex Sunday afternoon when Walker allegedly got out of the car and shot Kelly while he was walking in their direction.   They allegedly drove off, and Kelly was found unconscious in the road when emergency responders arrived, according to police.

Kelly was pronounced dead at the scene.

Anyone with information on this incident is asked to call Benton Township Police at 269-925-1135.