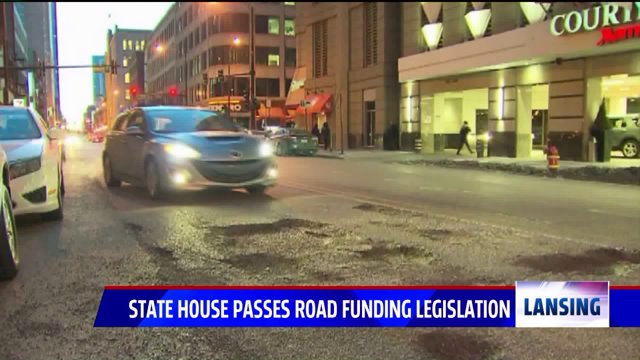 LANSING Mich. -- After months of going back and forth about road repairs in Michigan, lawmakers in Lansing worked late Wednesday night to break a deadlock on a bipartisan plan didn't go anywhere for weeks. The state House approved several bills aimed at raising the $1.2 billion Governor Snyder says is needed to fix the roads in our state.

The plan is built around a $600 million split. Half of the funds come from the state's existing revenue. The rest will come from new gas and diesel taxes and increased vehicle registration fees.

Another bill assigns portions of revenue from the state income tax to the Michigan Transportation Fund.

The entire plan would be phased in over the next five years, rising to $1.2 billion for transportation by 2021.