ALAMO TOWNSHIP, Mich. — Neighbors of the Kalamazoo Speedway, where nearly 2,000 lanterns were released during a Saturday event, took to social media on Monday to voice their frustrations with what was left behind. Posts and pictures like these appeared on Facebook, including the Lantern Fest official Facebook event page, with neighbors claiming the event left more litter on nearby property than they originally bargained for. 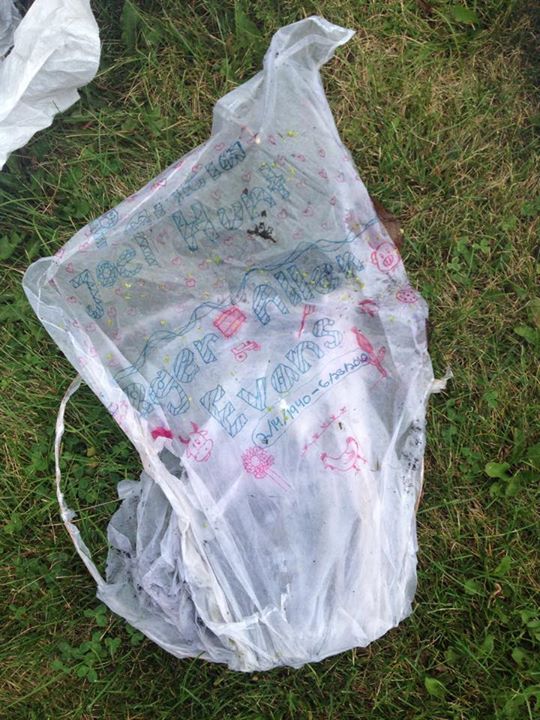 “The reality is, you put on these festivals, and it doesn’t end at the property that you’re having the festival on," said Alamo Township supervisor Tony Hyet, who expressed similar concerns to FOX 17 last week leading up to the weekend event.

The lantern event has stirred a contentious debate ever since officials first planned to hold one at the Berlin Speedway in Marne. Those plans were later scrapped due to safety and fire concerns.

Some of the people claimed in posts they found lanterns more than a mile from the event site, but organizers of Lantern Fest contend they lived up to their promises for cleanup.

"We put up 1,500 lanterns. Of the pictures we found, it looks like they found about 10 to 20 lanterns," said Spencer Humiston, the event's creator and spokesperson. "That's well within what we said, the 90 to 95 percent of lanterns we're able to pick up."

Humiston told FOX 17 the group also hauled out more than a dozen 55 gallon trash bags full of garbage in addition to the spent lanterns they picked up. They said they left the area cleaner than they found it. "While we probably weren't able to get about two dozen lanterns that were in the trees, those will bio-degrade," he said. "The trash we did bring out of the area isn't biodegradable, but we took care of that."

“You can throw a McDonald's bag out the window, and it’ll be a bio-degradable in a year, but that doesn’t mean it’s not litter," he said.

Hyet has been working with township officials and leaders in neighboring townships to craft an ordinance banning the sky lanterns outright, he said. He hopes to have something on the books in several months.

Humiston said his organization will continue to do what it does: create memorable experiences for families and people of all ages in cities across the country.

"We wouldn't be doing this event if it was going to be the raging firestorm these activists have made it out to be," he told FOX 17.

"The problem with all the hype before the event was operating under the assumption that a) we didn't know what we were doing and b) didn't care about the community, venue we were working with ... but that's just not the case."