Students, parents show up in support of Confederate flag in Hastings schools 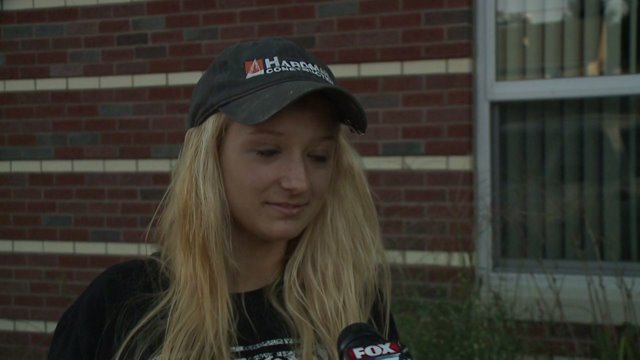 Hastings High School told students the flags were not allowed on school property.

HASTINGS, Mich. -- Dozens of students showed up at a meeting of the Hastings Public Schools board and shared their feelings over flying their Confederate flags.

Last week, the high school told students the flags were deemed offensive. Students were then told if they didn't take their flags off their vehicles, they couldn't park on school property.

School officials said that the issue brought in more people than who typically attend the meetings.

While the issue of the Confederate flag was not an actual agenda item, students wanted their chance to be heard.

"I just think it's my right as an American. I should be able to. It's freedom of speech. I think, you know, I'm kind of a hick redneck."

Students admitted that more students started to display the flags once the school told students the flags couldn't be flown, citing the district's harassment policy. "It started out as a couple of kids," said senior David Storm, "And then, after they did that, it made it a bigger deal, and more and more and more kids kept joining in and going with it."

The group of students told the board that they don't believe the Confederate flag stands as a racist symbol and argued it's a symbol of free speech.

"Many of my friends are gay, so they can have their flags and symbolize what they believe in," said Johnston. "I should be able too."

Others opposed the presence of the Confederate flag on school property and said the flag's history is offensive to millions of people around the world.

"We've got a great group of kids. I was really impressed with the thoughts that these kids had tonight," said Hastings resident Jennifer Haywood. "Unfortunately, I just think some of them are not thinking about other people and not thinking about how they might offend somebody else."

"Understand that some people are offended," said school board trustee Rob Pohl.

Students also turned in a petition with more than 300 signatures asking the board to take note how passionate many people in the community are on their feelings that the Confederate flag should be allowed on school property.

Hastings High School also said that students have been obeying their request to not fly the flags on school property.

The consequence for defying that request has yet to be determined.