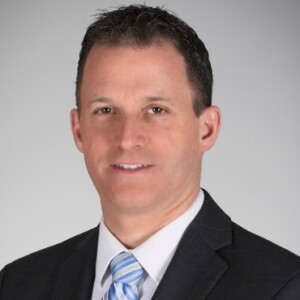 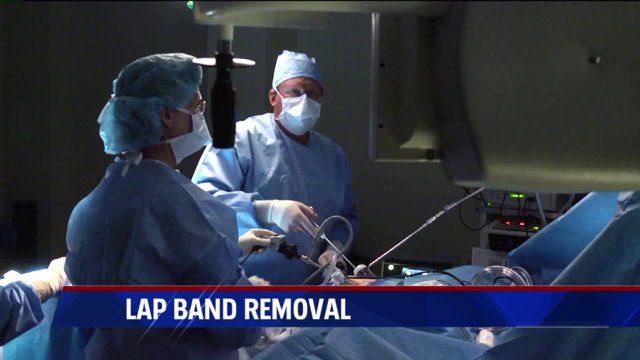 GRAND HAVEN, Mich.-Jamie Gostwick was living in Texas when after years of failed attempts at weight loss, decided to try something drastic, Lap Band Surgery.  "I was weighing about 285 pounds and knew it was time to do something about it.  I was on diet pills, I tried everything in the book, I really did," Goswick recalled.  "I looked into it and at that time it was a very good procedure, it was fairly new," she added.

According to Dr. Jon Schram, a Bariatric Surgeon at Spectrum Health, Lap Band Surgery became popular in the U.S. around 2005, the same time Jamie had her surgery.  "It went well, I lost a lot of weight.  I got down about 90 pounds total," said Goswick.  Lap Band Surgery restricts the amount of stomach that can intake food, it's usually placed about two to three centimeters below where the esophagus meets the stomach said Dr. Schram.  "It compresses the stomach and we make it tighter around the stomach and that creates an hourglass effect with a small pouch which will limit how much food you can eat."

It worked for Jamie so well,  she relocated to Colorado and started sking and hiking.   She lost approximatley 90 pounds, however within a couple years, she started have scary side-effects and gained back most of the weight she had lost.  "I would go to bed and five or six hours later I would wake-up choking on my food, I would aspirate.  I had to get up three or four times a night and force myself to vomit and get it out so I could sleep," said Goswick.  Dr. Schram calls it a side-effect of severe reflux due to her band slipping, common in 1%-2% of Lap Band patients.  "What we mean slip is you actually get more of the stomach coming up above the band than we'd like," adds Schram.  In addition, Jamie didn't see her appetite reduced, mainly because Lap Band surgery does not reduce ghrelin.  "Your stomach produces a hormone called ghrelin.  It enters the blood stream, goes to your brain and stimulates the appetite.  The more ghrelin you produce, the hungrier you feel," according to Dr. Schram.  He adds, "Turns out what we've identified over the past several years is that there's a significant metabolic effect to some of the traditional weight loss operations that we do.  It's also the reason why 50% of the people who get a band are not thrilled with their results and wind up eventually having their band removed and converting to another operation."

Jamie met Dr. Schram when she relocated to Grand Haven last-year and quickly realized her band should be removed.  She also decided on a new option, Gastric Sleeve surgery.  "We removed 80% of the stomach with a Sleeve surgery and we actually reduce the production of ghrelin.  They (patients) actually come back and say 'Wow, this is amazing, I don't feel hungry like I did before the surgery,'" said Dr. Schram who estimates he's performed more than 5,000 of these surgeries.  "I started doing them in 2007, in 2009 insurance started covering it and in 2011 Medicare started covering it, so in the past three or four years it's become far and away the most popular option," the doctor said.   Jamie had her surgery a week and a half ago, and so far is pleased, having lost 13 pounds, on her way to her goal of losing 100 pounds.

As for the Lap Band surgery, Dr. Schram still performs them, but less often. "All the data shows it's not nearly as effective as the other operations with regard to weight loss.  Really the only good reason a patient picks a band right now is because they want a reversible operation.  You can not reverse a Sleeve, once I take that stomach out and give it to the Pathologist, he won't give it back and I won't put it back," Dr. Schram said.  Jamie is hopeful this final procedure will take care of her weight issues once and for all, "I want something permanent to where I don't have to go through this again.  It's hard to go through this a second time."