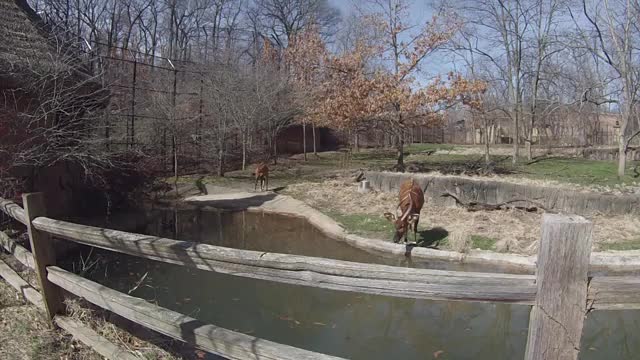 Bongo takes his first walk outside at John Ball Zoo

Neo, which is Swahili for 'gift', is a 17-week-old Eastern Mountain Bongo that was born at the zoo back in December of last year. Spending much of their nursing period hidden in foliage near their mothers, he was finally ready on Sunday to make the rounds in his new home at the zoo.

The zoo estimates the wild population of Eastern Mountain Bongos to be at less than 150, making Neo a real special guy.