OTISCO TOWNSHIP, Mich. — The occupants of a house at 9781 Belding Road M-44 got out of the building while smoke filled the place, so they were well away from the property when flames broke out and an explosion was reported.

The home was occupied by an elderly woman, her daughter and a grandson.

The road was not closed, but traffic was slow getting past the scene just west of the Belding city limits.

Calls went out shortly after 6:15 a.m. on reports of flames in the basement and the house filling with smoke. The flames became more widespread after the report to dispatchers of an explosion by a crew member on the scene.

Though an investigation is pending, it is believed the fire started in the basement. The house is expected to be a total loss. 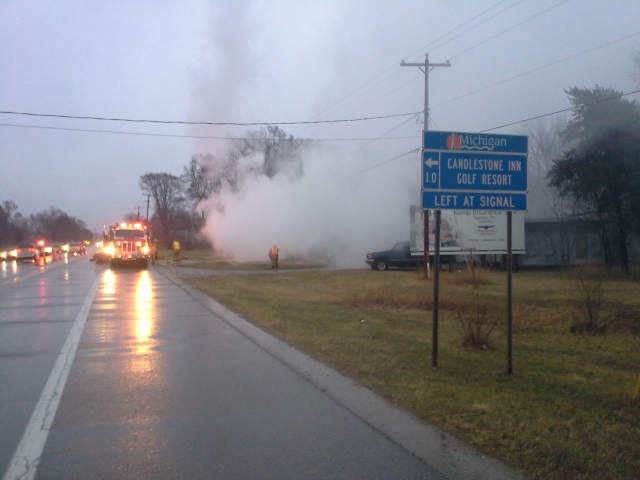