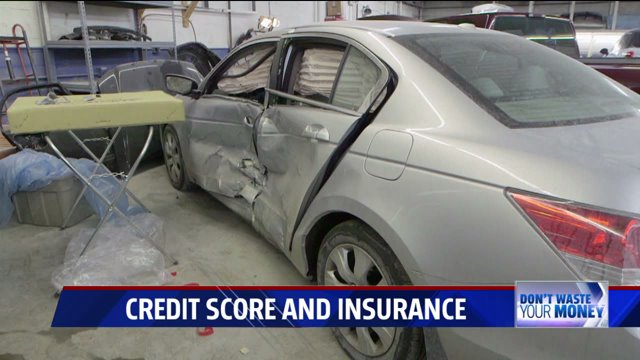 If you file an insurance claim, such as for a fire, car accident, or tree down on your roof, you expect your insurance rates to go up.  But more and more people who have never filed a claim are being hit with rate hikes, and wondering why, given their spotless record.

Tami Clark didn't have a fire, flood, or even a fender bender.  But her homeowners insurance has nevertheless recently jumped $80 a year, which was nearly a 10 percent rate hike.

"That has nothing to do with my homeowners claims or driving record," a flustered Clark said. "I've never filed a claim in 30 years."

But a letter from  her insurer, State Farm, explains that her rates are up due to all the credit card inquiries she made during the past 24 months.

Clark says she's being penalized for taking out some loans for home improvement.

"I had to get credit checks for Lowe's, to buy my truck, and get a new credit card, but I pay my bills on time. I have a good credit rating," she said.

But it is not just State Farm. Many insurance companies now factor in a version of your credit score when setting your auto or home rates.  State Farm even explains on its website that "the FTC conducted a study that shows a strong correlation between credit history and the likelihood of future loss."

In other words, people with lower scores trend to have more claims.

"I owe more so you're going to charge me more?  That's not right," Clark said.

Many consumer groups oppose this policy. And four states -- California, Maryland, Massachusetts, and Hawaii -- have banned it in most cases.

A State Farm spokeswoman told us they will re-examine Clark's case.

Clark wonders what if she had become ill, would her rates go up even more because of excessive hospital bills?

"They shouldn't be looking at your credit at all. It's nobody's business," Clark said.

If you think your rates have gone up because of your credit, contact your agent or, if you don't have a local agent, contact the insurance company directly. Explain the mitigating factors, such as the fact you took out a home improvement loan or were hit with high medical bills.

You may be able to negotiate a better rate.  If not, comparison shop other insurers: some may not put as much emphasis on your credit score.

And that way you don't waste your money.