The 27-year-old Kentwood resident said it’s the biggest fish he has ever caught.  He said he usually goes out fishing for bass, and has only been to Murray Lake a handful of times.

On Wednesday, May 14, he was fishing with his friend Brian Cate.  He said he was using an 8-pound test line and rattling crank bait when he caught the musky.

“Couldn’t believe I even landed it,” he said.

Osterhout said he wanted to get the fish out of the water so he could get some pictures before throwing it back.  He said the musky almost pulled him in the water when he tried to pick it up by its gills.

He usually has a fishing net with him, but didn’t on this day, and said he basically had to bear hug the musky to get it out of the water.

Osterhout said he has only recently become a regular fisherman, and tries to go out about two times a week.

Prior to catching this fish, he said his biggest catch was a 38-inch pike he landed on Duncan Lake in Caledonia.   He said his usual fishing spots are Gun Lake, Muskegon Lake and Morisson Lake.

All photos courtesy of David Osterhout (click to enlarge): 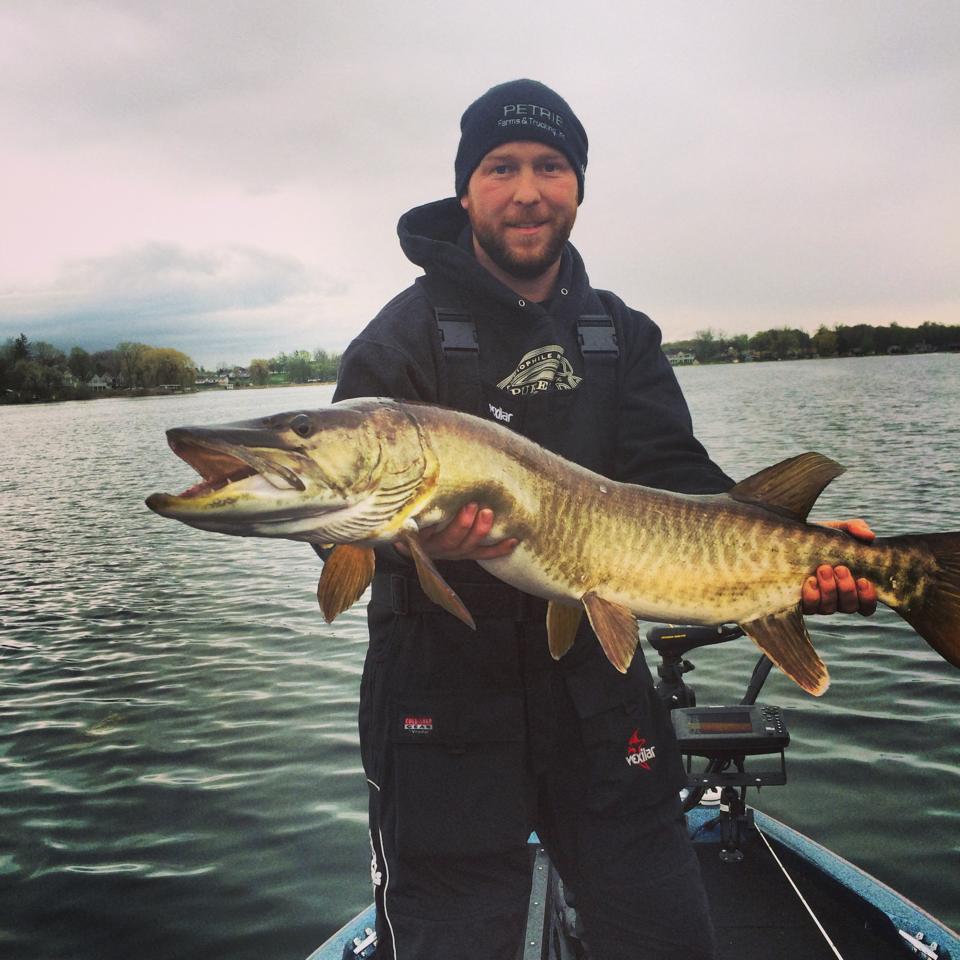