MUSKEGON TOWNSHIP, Mich (May 9, 2014) – Authorities continue to search for a man accused of robbing a bank in Muskegon Township early this morning.

It happened at the Fifth Third Bank at 621 Dykstra Road shortly after 9:00 a.m.

Investigators say the suspect went past the counter and took cash from two tellers inside the store before leaving in a gold-colored vehicle, possibly a Pontiac.

The suspect was armed with a knife during the robbery, but no employees were injured.

If you recognize the suspect from the pictures that have been released you’re asked to call Silent Observer at 231-722-7463 or the Muskegon Township Police Department at 231-777-1666. 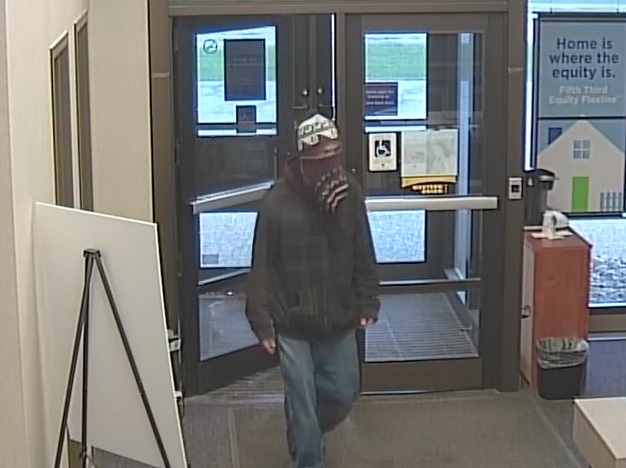