“The wind was trying to have a snowball fight,” Angel Long, who took the pictures, wrote on one of the captions.

Snow rollers were also reported in fields in Ohio and Pennsylvania in late January.

According to the National Weather Service, the “strange phenomenon” is created under very specific conditions.

“The ground surface must have an icy, crusty snow, on which falling snow cannot stick. About an inch or so of loose, wet snow must accumulate. Gusty and strong winds are needed to scoop out chunks of snow,” the agency said about snow rollers in 2003. 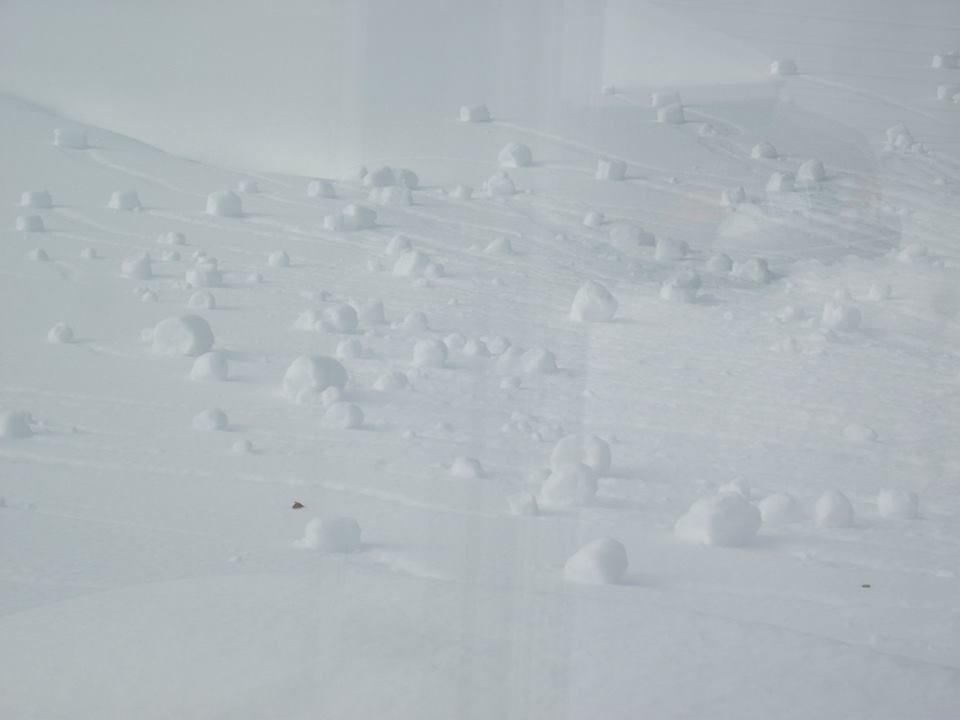