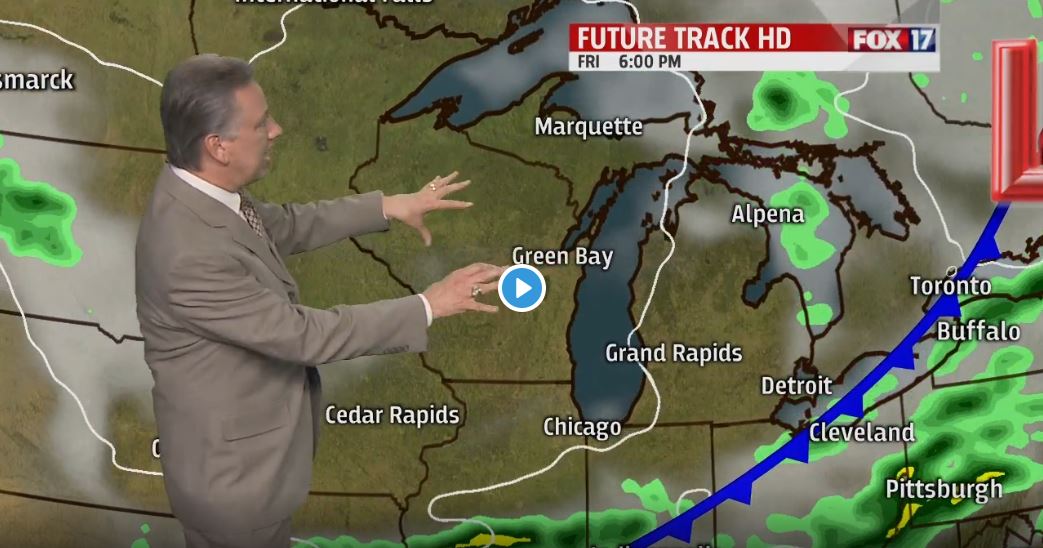 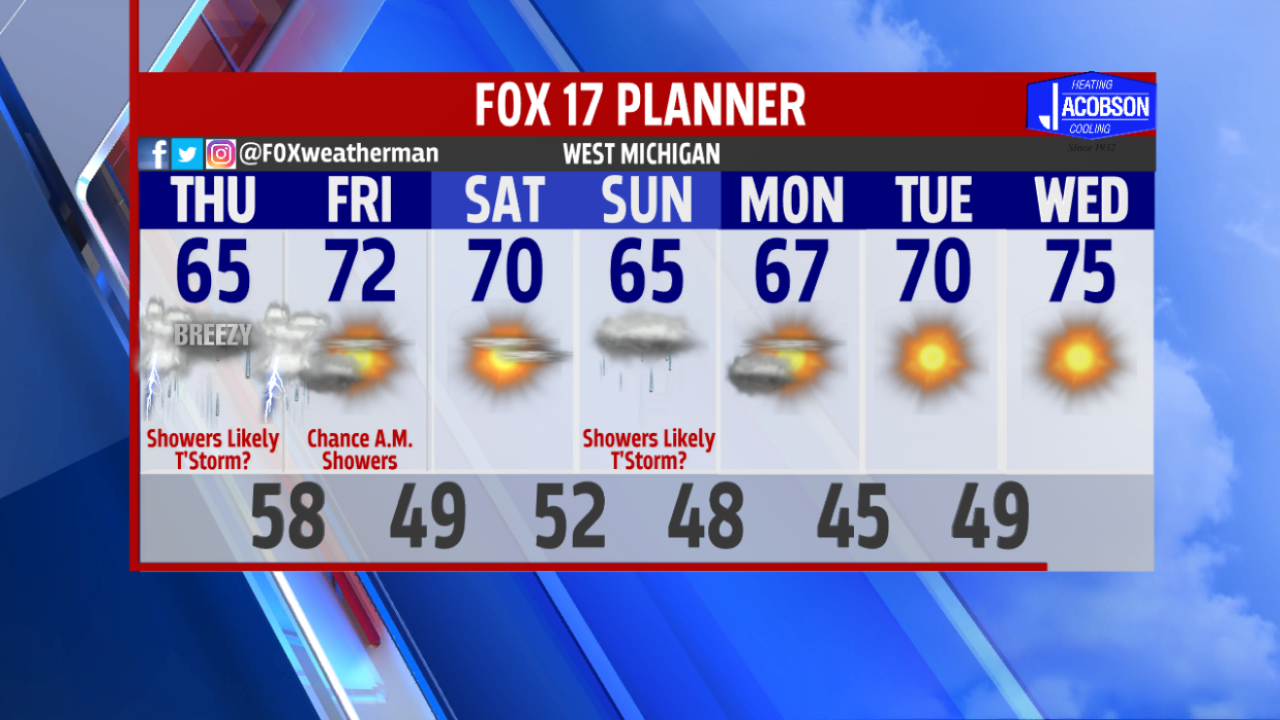 WEST MICHIGAN — The forecast from FOX 17 Chief Meteorologist Kevin Craig: Clouds will thicken overnight with the chance of showers and storms developing across the area. Heavy rain is possible overnight into Thursday. Areas south of Grand Rapids remain in a SLIGHT RISK of severe weather on Thursday with large hail and strong winds being the primary threats. This system will press east of the state on Friday and sunshine is expected to return on Friday afternoon with highs in the lower 70s. Rain/storm chances increase again on Sunday. We'll warm back into the 70s next week with the possibility of our first 80 degree temperature arriving late in the week.

TONIGHT: Becoming cloudy with showers and thunderstorms developing. There may be some heavier pockets of rain. Lows in the mid/upper 40s. Winds east/southeast at 10 to 15 mph.

THURSDAY: Cloudy and breezy with showers/storms likely in the morning and again in the evening. Some of these storms may be strong to severe, mainly south of Grand Rapids. Hail and wind are the primary threats. Highs in the mid 60s. Winds southeast/southwest at 10 to 20 mph.

TOMORROW NIGHT: Cloudy with showers and thunderstorms likely. Lows in the upper 50s. Winds south/southwest at 10 to 15.

FRIDAY: A chance of early morning showers/storms as a cold front passes through the state, otherwise becoming mostly sunny to partly cloudy in the afternoon. Highs in the lower 70s. Winds west at 10 to 15 mph.