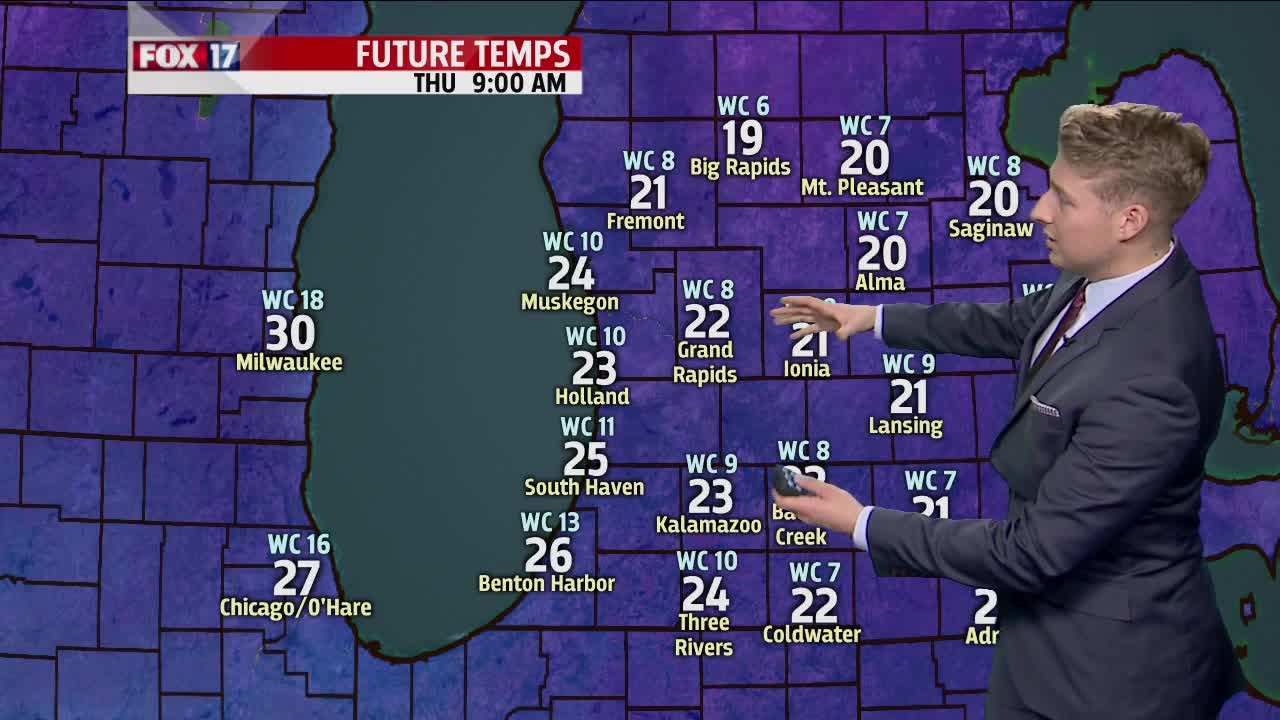 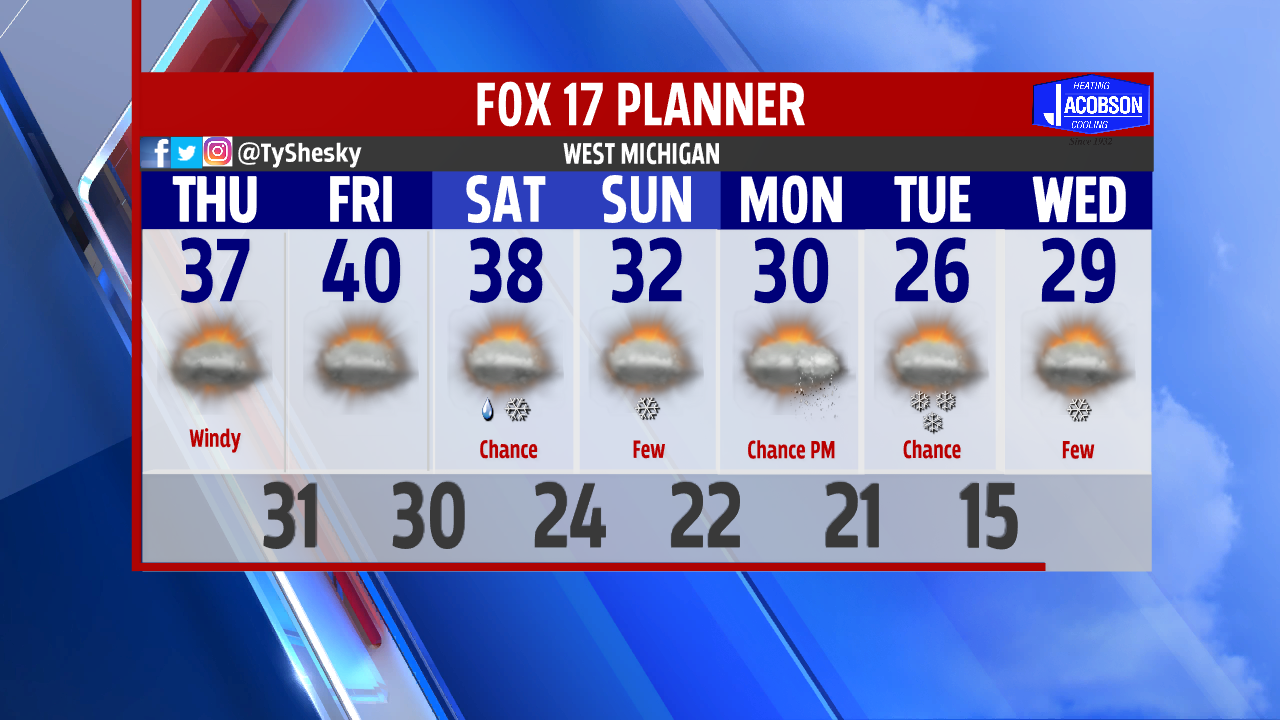 WEST MICHIGAN — The forecast from FOX 17 Meteorologist Erik Kostrzewa: High pressure sliding over the area this evening will bring partly cloudy to clear skies to the area, but clouds will increase after midnight as a warm front approaches the area. This front combined with some upper level energy passing through tomorrow could bring a few snow showers -- possibly mixed with freezing drizzle -- to areas north of I-96 tomorrow. Otherwise, the main story will be the milder temperatures coming our way tomorrow and Friday.

TONIGHT: Partly cloudy and cold during the evening, then increasing clouds after midnight. Lows in the middle teens. Light and variable wind becoming southeast at 5 to 10 mph.

TOMORROW: Mostly cloudy, windy, and milder. There is a chance of snow or freezing drizzle north of I-96 during the afternoon. Highs in the middle to upper 30s. Southeast winds at 15 to 25 mph becoming southerly in the afternoon.

TOMORROW NIGHT: Mostly cloudy and mild. Lows in the lower 30s. South to southwest winds at 5 to 15 mph.

SATURDAY: Mostly cloudy with the chance for a very light rain/snow mix. Highs in the upper 30s.