Tonight's forecast: Mostly clear to partly cloudy and much cooler 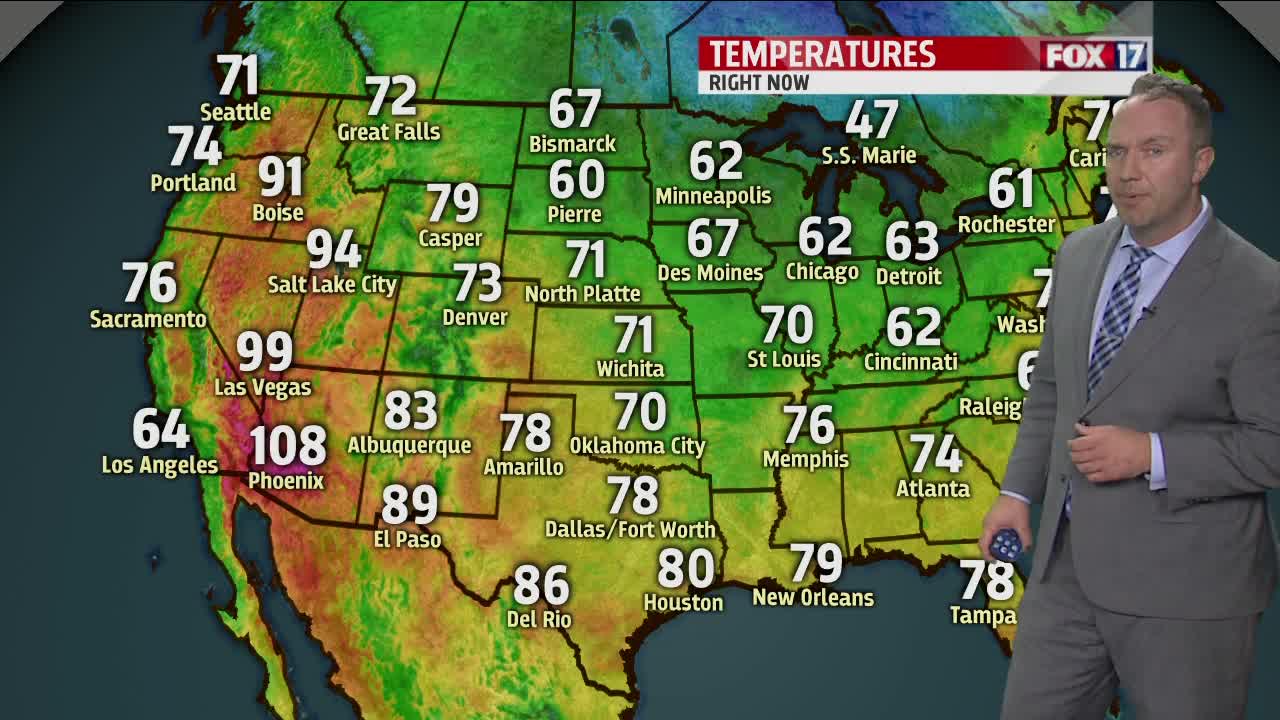 Cooler air for Saturday and Sunday 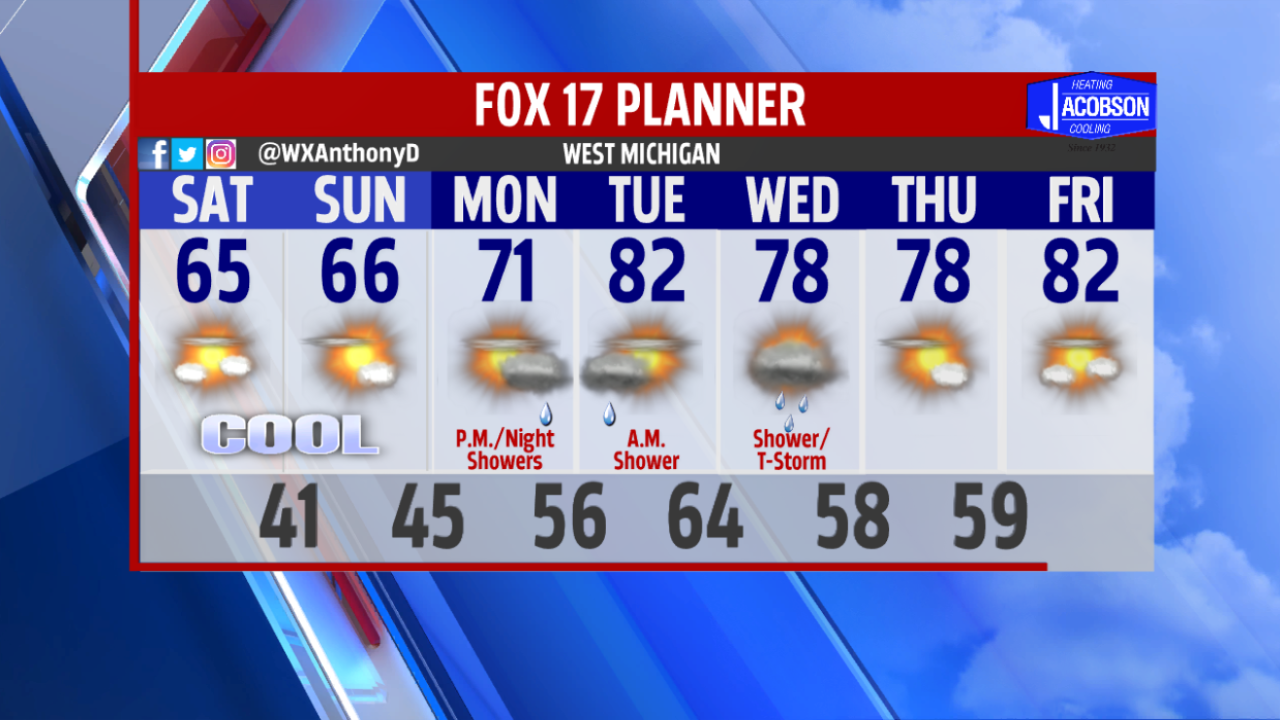 WEST MICHIGAN — The forecast from FOX 17 Meteorologist Anthony Domol: Mostly clear skies and a much drier atmosphere will pave the way for temperatures to get much cooler than recent nights. Readings will be as low as the upper 40s to near 50 degrees by daybreak Saturday. A much cooler and less humid pattern is anticipated to hold for the upcoming weekend with highs in the middle 60s. Sunshine will be seen on both weekend days with passing clouds in the mix. Overall, better sunshine looks to occur on Sunday versus Saturday however. Overnight lows will drop to very cool levels near 40 degrees to open it up on Sunday. The next chance for rain holds off until later Monday afternoon into Monday evening.

TONIGHT: Mostly clear to partly cloudy. Lows in the upper 40s to near 50 degrees. Northwest winds at 5-10 mph.

SATURDAY NIGHT: Mostly clear and quite cool overnight. Lows in the low 40s. North winds at 5-10 mph during the evening become light overnight.