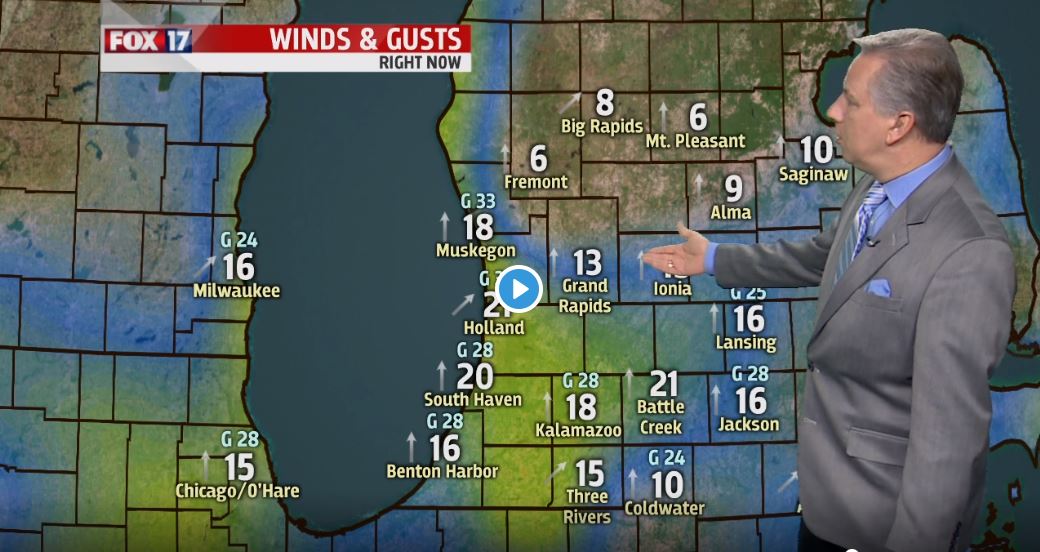 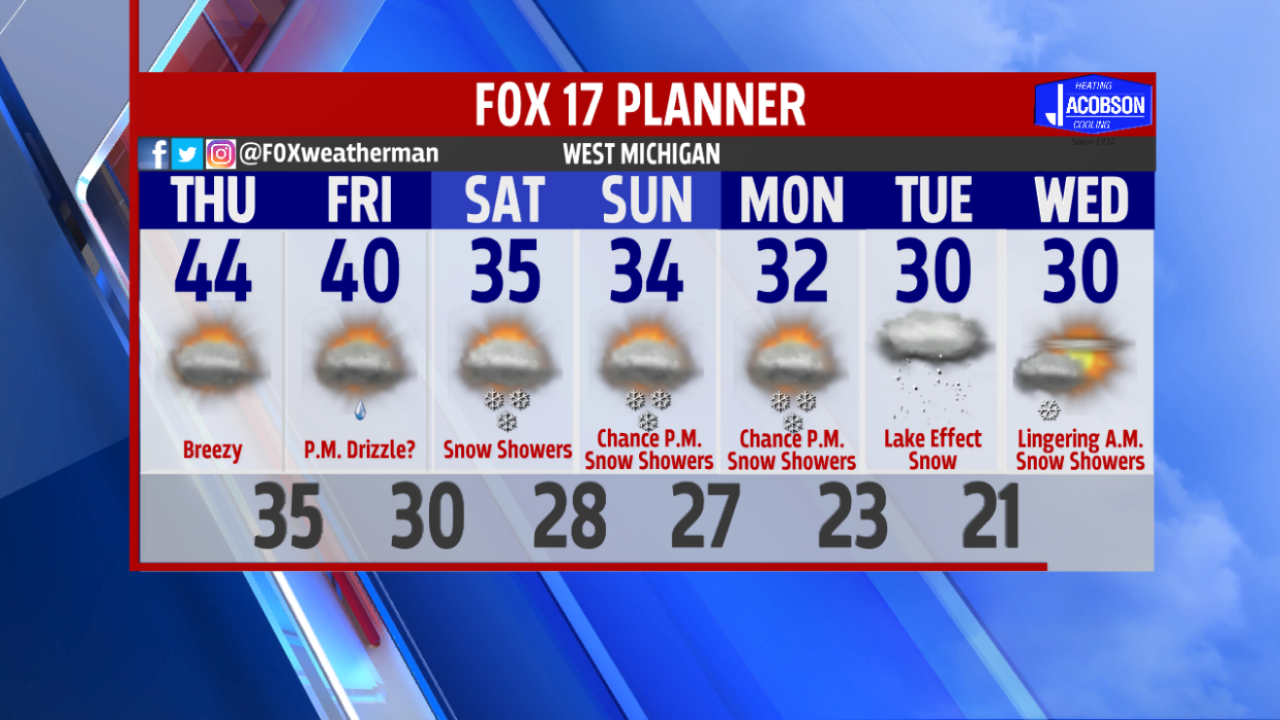 WEST MICHIGAN — The forecast from FOX 17 Chief Meteorologist Kevin Craig: Clouds will gradually thicken and lower through the overnight period. The wind will stay up, so temperatures may actually rise a bit overnight after bottoming out around 30 degrees early. Any sunshine on Thursday will be early and likely brief, before the clouds thicken. A stiff wind from the southwest will likely drive our high temperatures into the 40s despite the cloud cover. Our rain chances for Friday have been dropped significantly for Friday, with only the chance of a light shower or some drizzle during the P.M./evening hours. More snow chance arrives Friday night into Saturday, Sunday, and for the beginning of next week. We may get an inch or two each day, so the possibility of getting nickled and dimed with accumulating snow is possible (a little here and there). Temperatures are expected to be more "normal" into this weekend as well. Have a Happy New Year!

OVERNIGHT: Gradually increasing clouds overnight. Lows around 30/32 early, then perhaps even rising a few degrees. Breezy too. Winds south-southwest at 10 to 20 mph.

FRIDAY: Mostly cloudy and mainly dry, but a light P.M. shower or some drizzle is possible. Highs in the upper 30s to near 40. Winds northwest at 5 to 10 mph.

SUNDAY: Mostly cloudy with a chance of light P.M. snow showers. Another inch or so is possible.