Heaviest Snow North of Grand Rapids with 3" to 4" 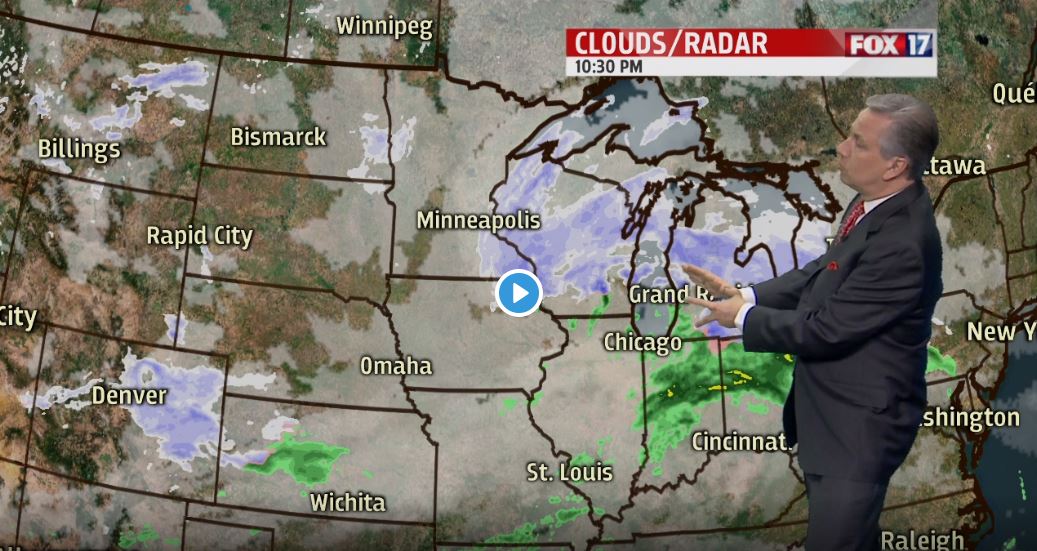 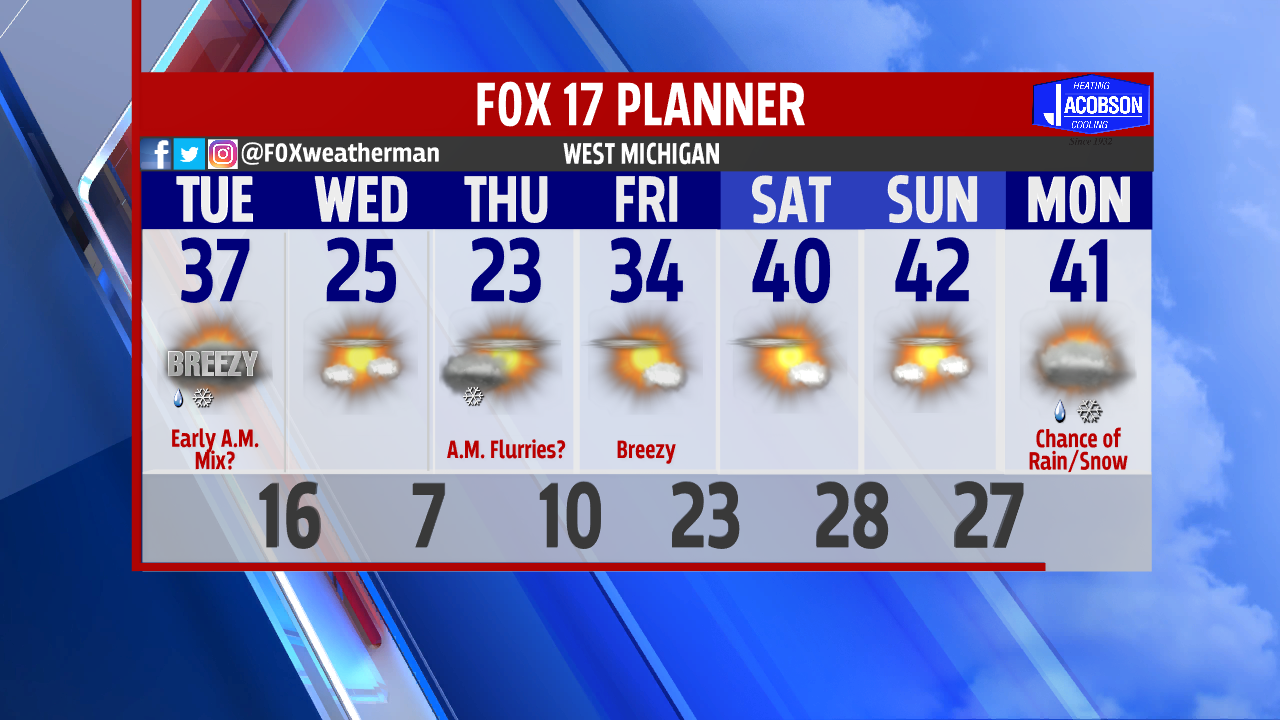 A Winter Weather Advisory remains in place for much of the area through the overnight hours into Tuesday morning. The heaviest snow will fall north of Grand Rapids with around 3" to 4" possible. Everyone else will see about 1" to 3".

Strong, cold, Canadian high pressure settles in for the remainder of the week with generally dry and quiet conditions, but sharply colder air by Wednesday and Thursday.

Some sunshine will prevail most of this week as temperatures will eventually warm in the upper 30s/lower 40s by next weekend.

TOMORROW/TUESDAY: A few morning sprinkles or flurries possible early, otherwise mostly cloudy and breezy. Some late day clearing is possible. Highs in the mid/upper 30s. Winds west-northwest at 10 to 20 mph.

TOMORROW NIGHT: Mostly cloudy with a few flurries possible. Lows in the middle teens. West to northwest winds at 10 to 15 mph.

WEDNESDAY: Partly cloudy, breezy, and cold. Highs in the mid 20s. Winds west/northwest at 10 to 15 mph.