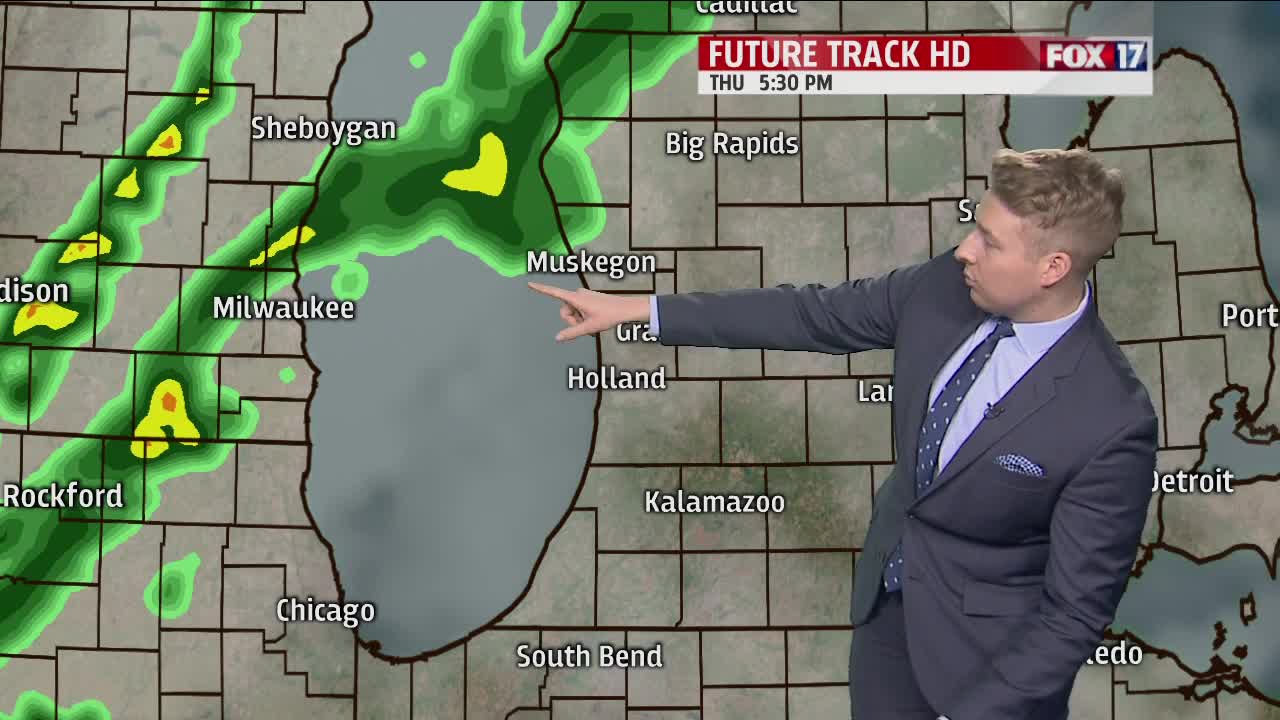 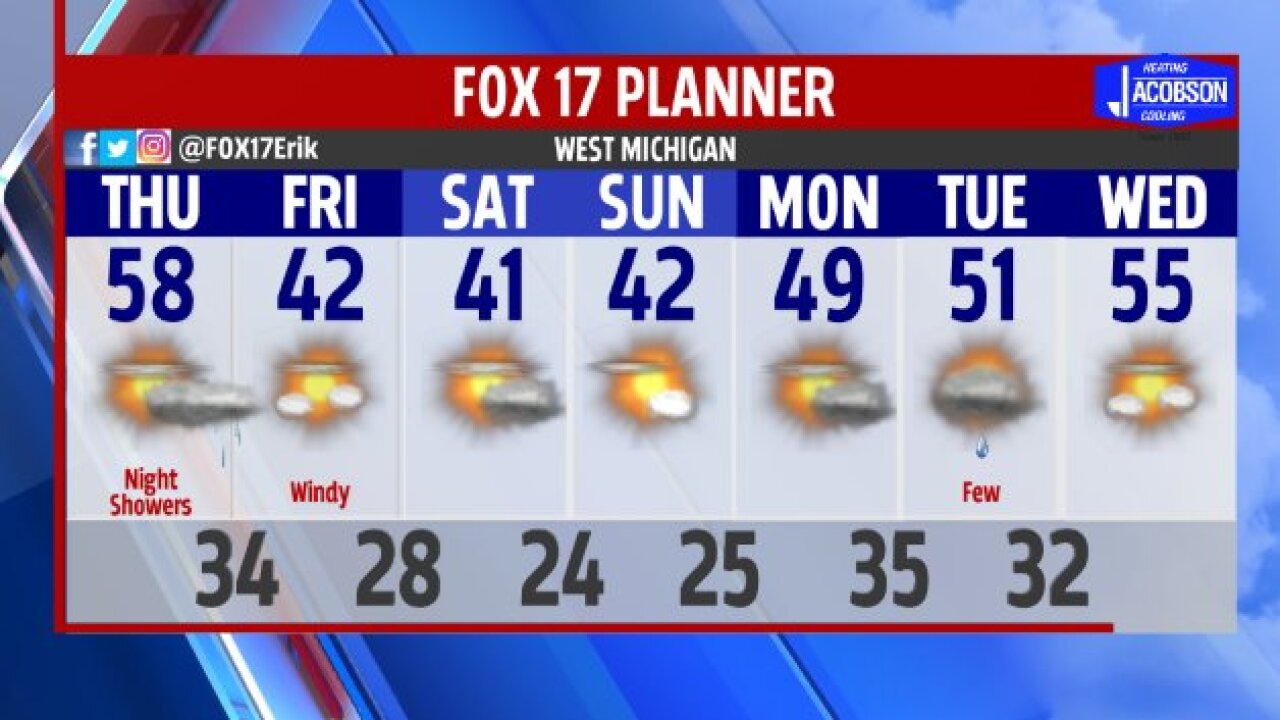 GRAND RAPIDS — The FOX 17 forecast from Meteorologist Erik Kostrzewa: Mild and rather benign weather conditions will continue tonight with low temperatures running 5 to 10 degrees above average. South winds ahead of our next weather system will push our high temperatures to unseasonably warm levels on Thursday afternoon, then a cold front will bring showers Thursday night. Colder temperatures will return for Friday.

TONIGHT: Partly to mostly cloudy. Lows in the middle 30s. South to southeast wind around 5 mph.

TOMORROW: Partly sunny, breezy, and warmer. Highs in the upper 50s to around 60. South/southeast winds at 10 to 15 mph.

TOMORROW NIGHT: Scattered showers developing. Mostly cloudy and breezy with lows in the middle 30s. South winds at 5 to 15 mph becoming westerly at 10 to 20 mph late.

FRIDAY: Partly cloudy, windy, and colder. Highs in the lower 40s. West/northwest winds at 15 to 25 mph. Winds could gust as high as 40 mph at times.