Tonight's Forecast: Staying mild with a shower in spots 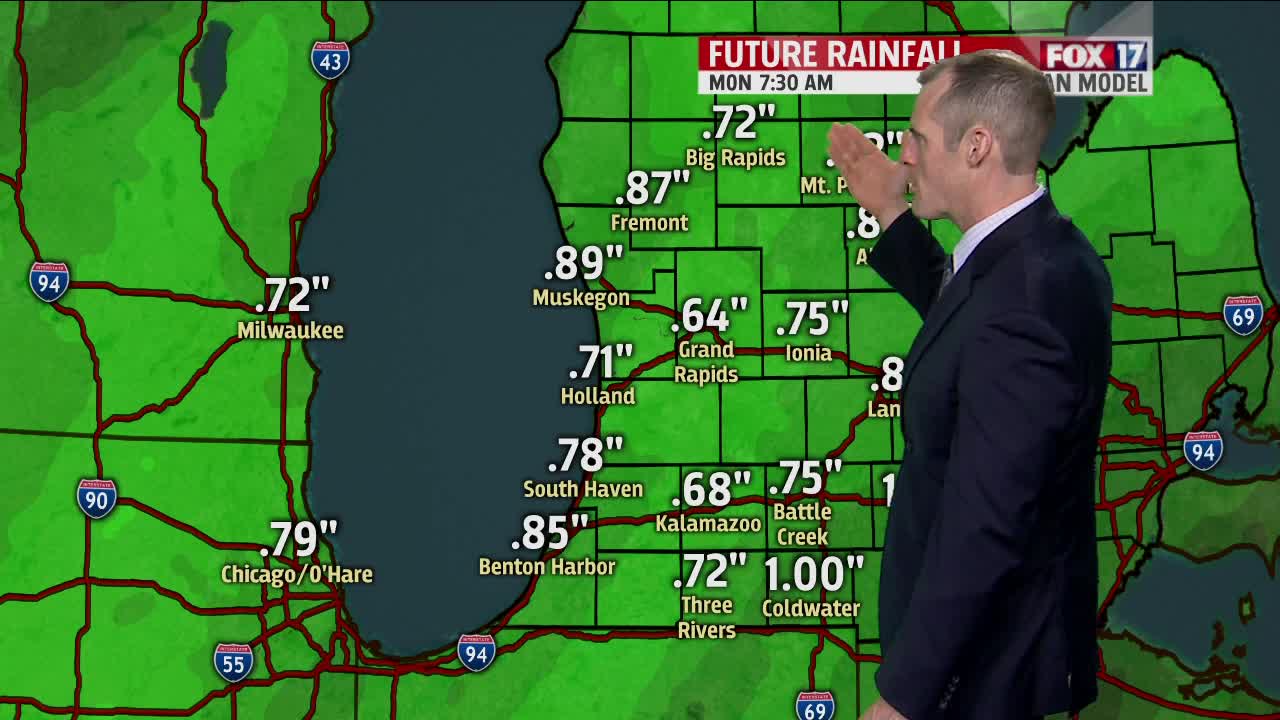 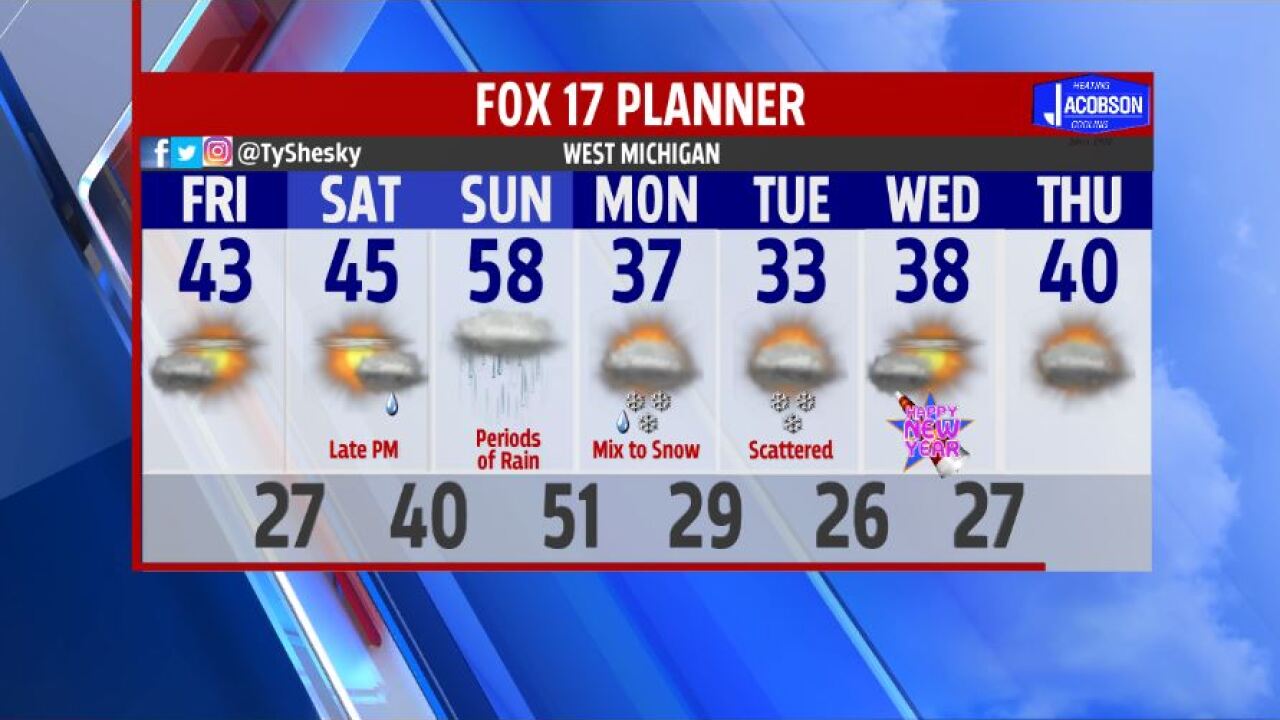 WEST MICHIGAN — The forecast from FOX 17 Meteorologist Ty Shesky: After a mild night with lows staying in the 30s, don't expect as much of a warm-up in the afternoon. A cold front passing tomorrow morning will bring in somewhat colder air to the region, although temperatures will still be well above average. Rain is likely by the second half of the weekend as a warm area of low pressure moves towards us from the south and west.

TONIGHT: A shower possible, mainly south and east of Grand Rapids. Mostly cloudy and continued mild with lows in the middle 30s. Southwest to west winds at 5 to 15 mph.

TOMORROW: Becoming partly cloudy. Highs in the lower to middle 40s. West winds at 5 to 15 mph.

SATURDAY: Mostly cloudy. A slight chance of a rain shower toward late afternoon and evening. Highs in the middle 40s. Southeast winds at 5 to 15 mph becoming easterly late.