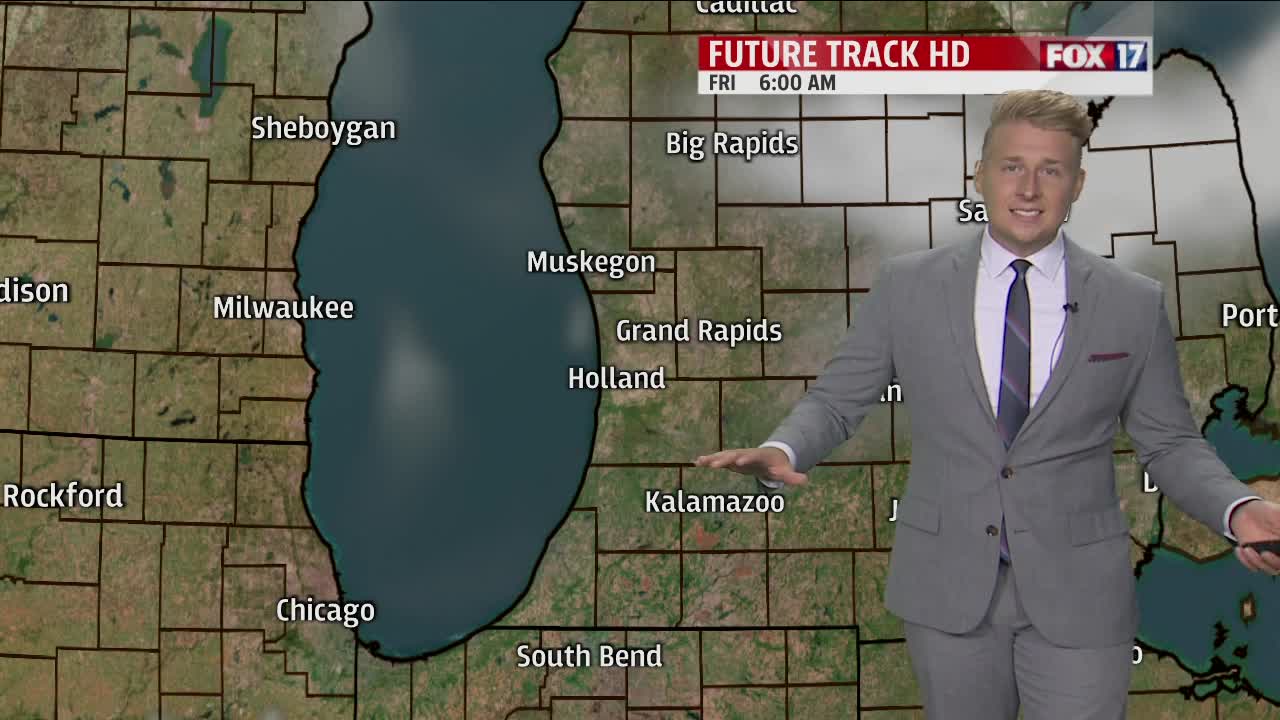 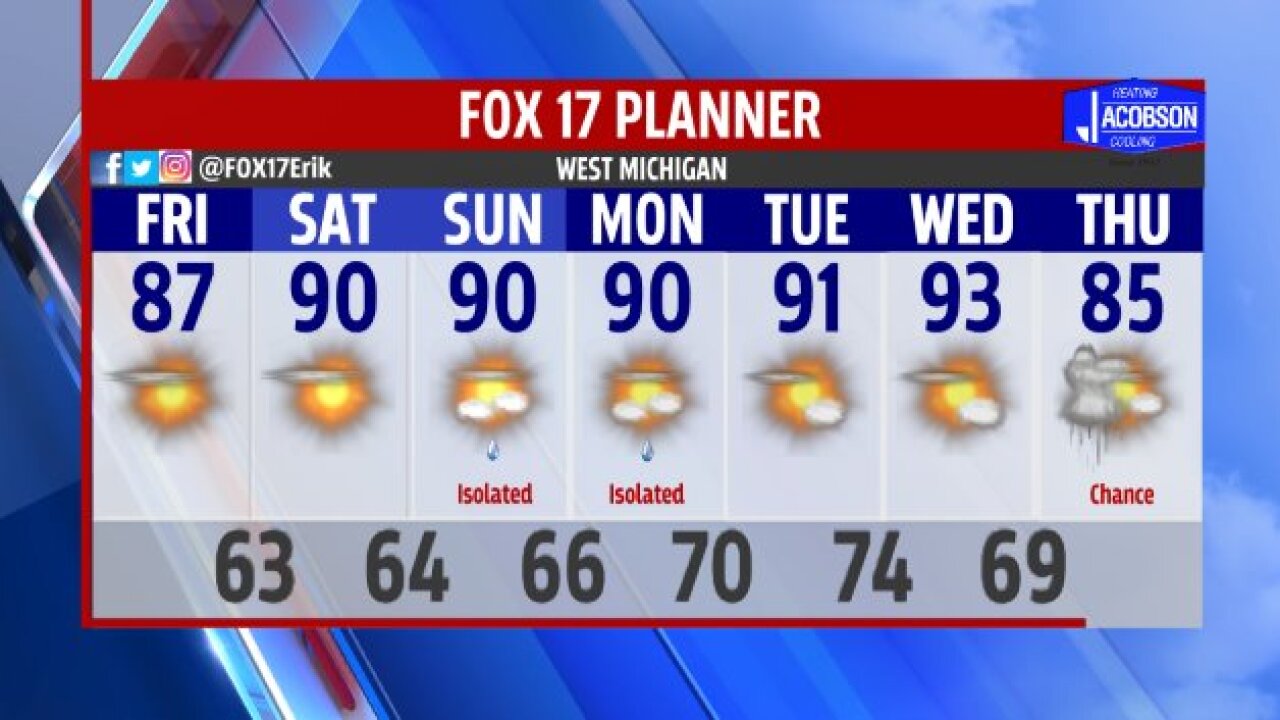 GRAND RAPIDS — The forecast from FOX 17 Meteorologist Erik Kostrzewa: High pressure continues to dominate, keeping all rain away for the foreseeable future. As it slides east and winds shift to the south, a warming trend cranks up we head into the weekend. Though humidity will increase a bit over the weekend, it will never get out of hand. Summer is far from over as we will be near or at 90° starting this weekend into next week. Only small rain chances soon will be Sunday and Monday, but most if not all will stay dry. Buckle up for another long, summer of 2020 heatwave.

FRIDAY: Sunny and even warmer. Highs in the middle to upper 80s. West/southwest winds at 5 to 15 mph.

SUNDAY: Mostly sunny. A stray shower/t'storm is possible. Highs near 90 degrees. Heat indices in the lower to middle 90s. West/southwest winds at 5 to 15 mph.