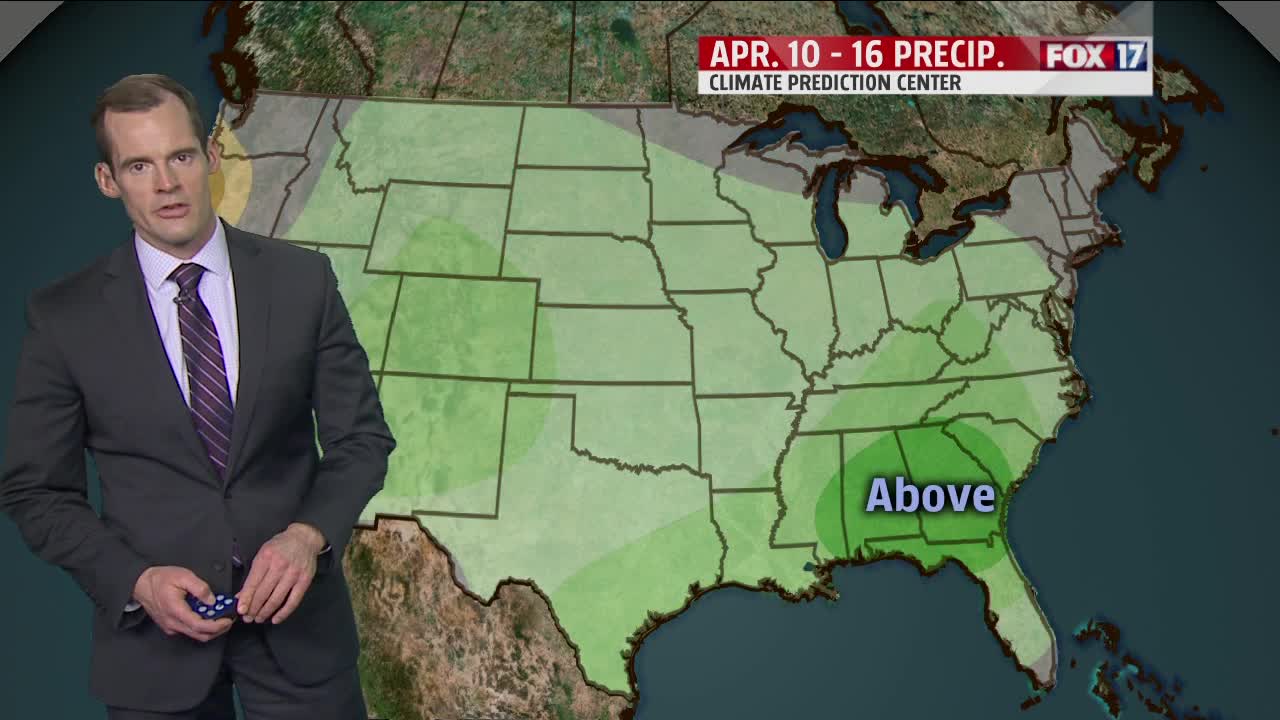 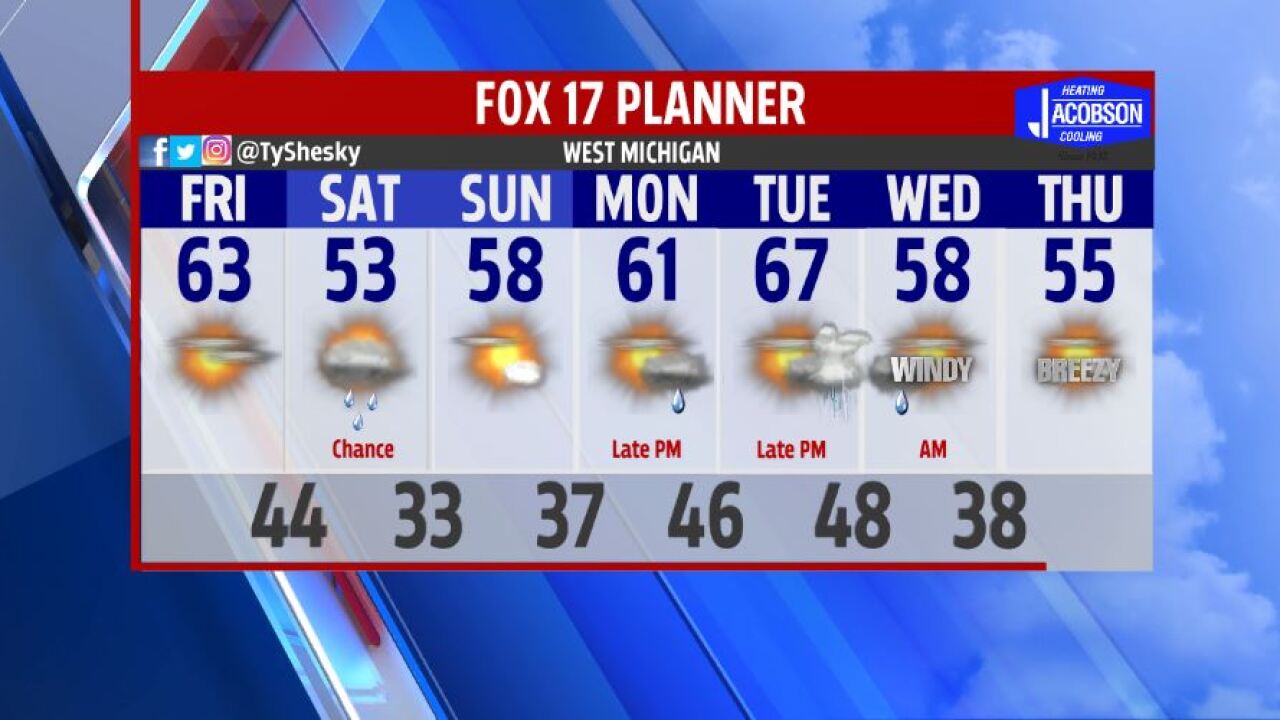 WEST MICHIGAN — The forecast from FOX 17 Meteorologist Ty Shesky: High pressure will continue to dominate our weather tomorrow, with plenty of sun and even warmer temperatures. A minor trough of low pressure will slide through on Saturday with a chance of light rain showers, then high pressure will re-establish itself on Sunday with more sunshine in the forecast.

TONIGHT: Clear skies during the evening, but gradually becoming partly cloudy after midnight. Lows in the middle 30s. Near calm wind.

TOMORROW: Partly cloudy and even warmer. Highs in the lower to middle 60s. East/southeast wind around 5 mph.

SATURDAY: Mostly cloudy with a chance of light rain showers. Highs in the middle 50s. Southeast winds at 5 to 10 mph becoming northwest in the afternoon and increasing to 5 to 15 mph.