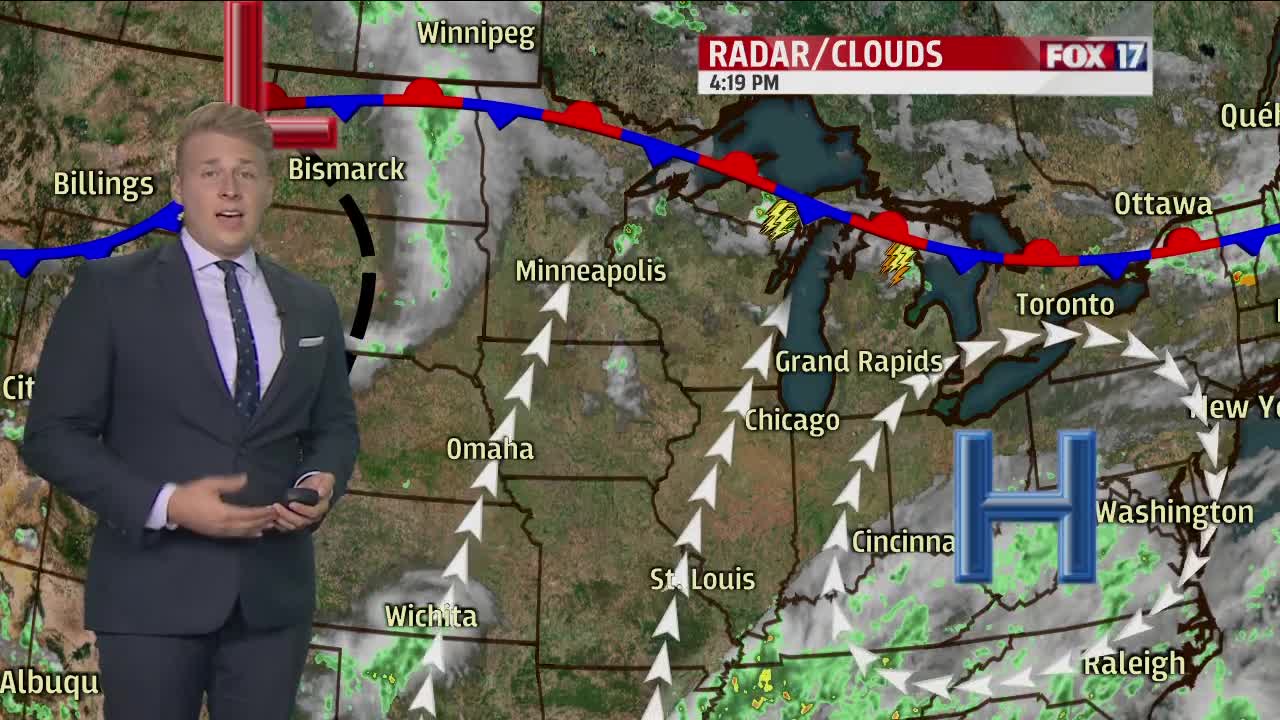 Our next heatwave begins Saturday 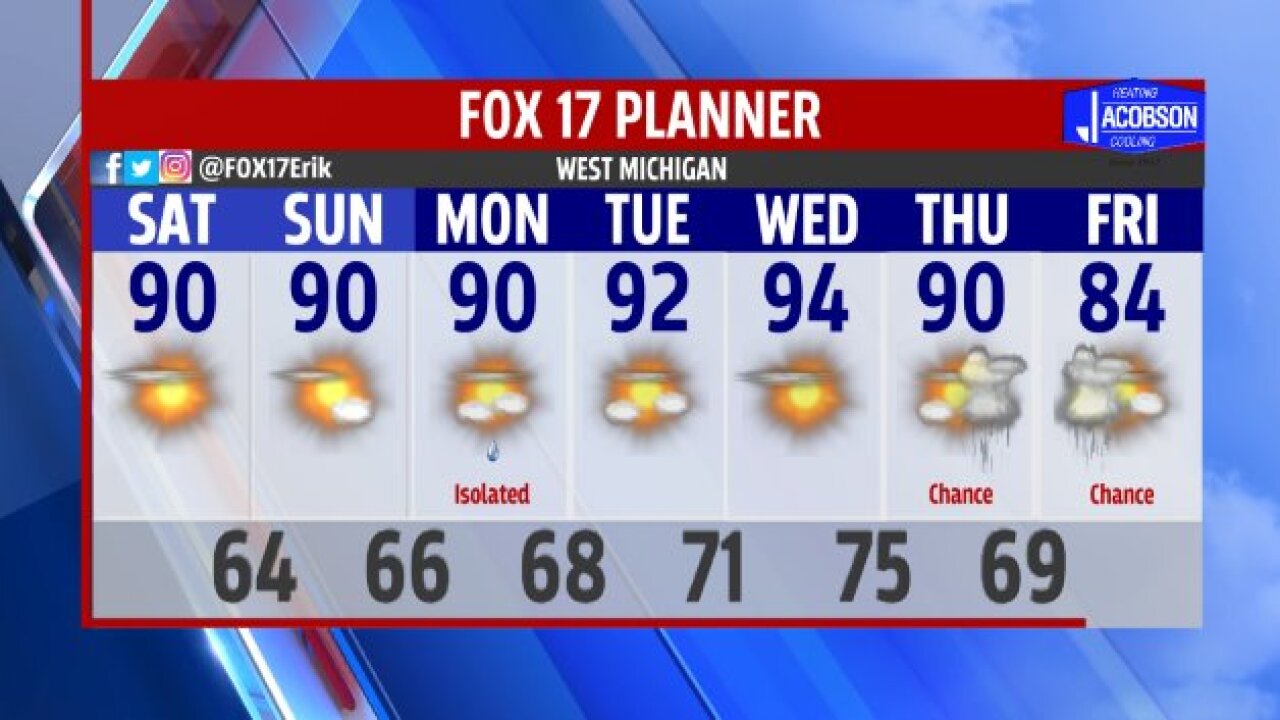 GRAND RAPIDS — The forecast from FOX 17 Meteorologist Erik Kostrzewa: With high pressure at the surface and in the atmosphere, rain chances will be slim to not and Michigan will continue to crank the heat up. High pressure means sinking air, and you need rising air for clouds and rain. With the heat, the sun will also be plentiful. Our next heatwave begins Saturday and will remain here until at least Wednesday. The heat will peak in the Tuesday-Thursday timeframe and record highs will be challenged.

SUNDAY: Mostly sunny. Highs near 90 degrees. Feels like in the lower to middle 90s. West/southwest winds at 10 to 15 mph.