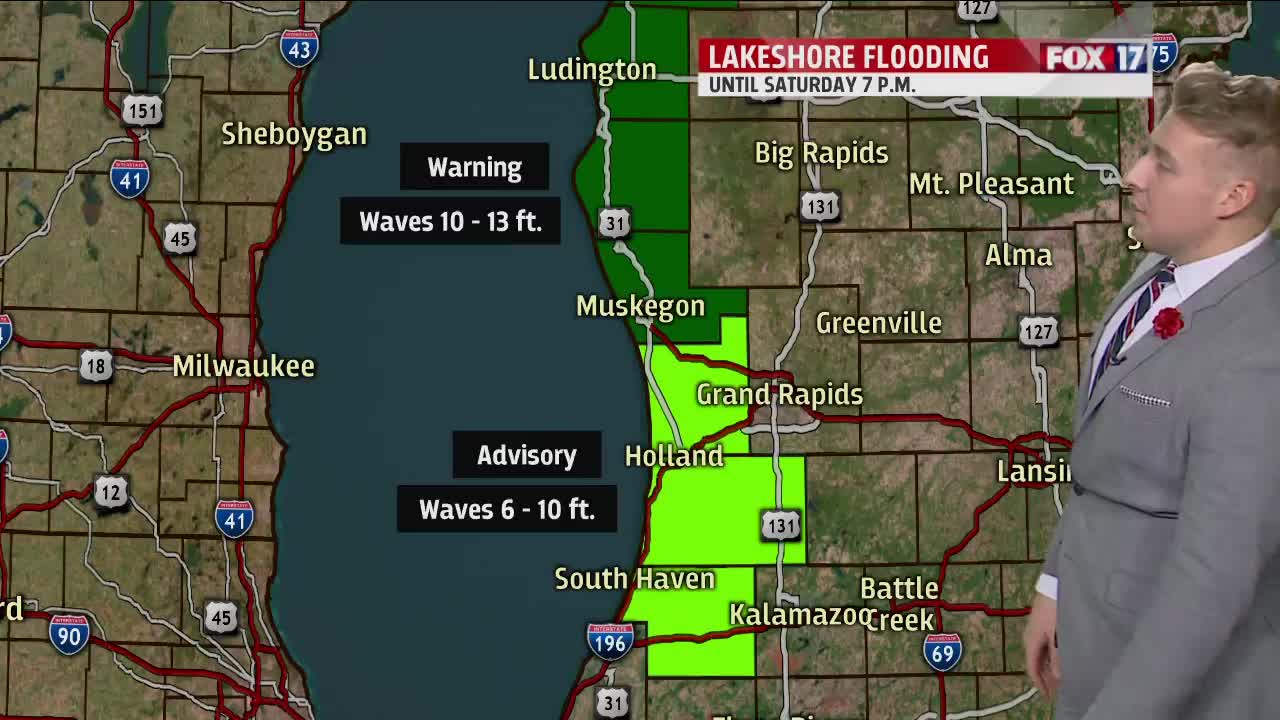 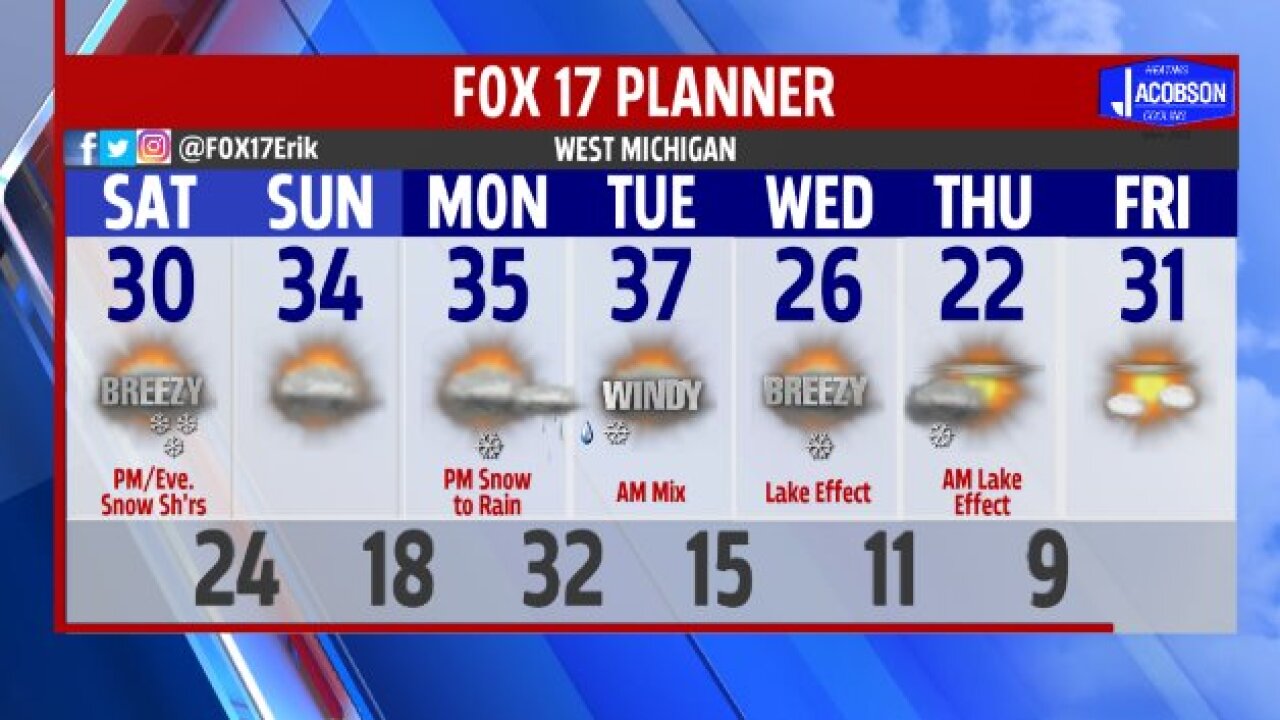 The forecast from FOX 17 Meteorologist Erik Kostrzewa: With high pressure settling into the area tonight, expect clearing skies with cold temperatures. A south wind will increase after midnight, keeping those temperatures from dipping any further than our evening low in the single digits. As warmer air aloft overrides the cold air we have in place at the surface, look for more snow to develop late Saturday afternoon into the evening with minor accumulations of around one inch expected. Winds will also be an issue along the lakeshore on Saturday, as most of the Lake Michigan shore is under either a Lakeshore Flood Warning or Advisory.

TONIGHT: Becoming mostly clear. Continued cold with lows between 5 and 10 above. Wind chills between 0 to minus 5. Southwest winds at 5 to 10 mph becoming southerly at 10 to 15 mph.

TOMORROW: Becoming mostly cloudy with snow showers developing by late afternoon. Breezy and milder with highs around 30. South winds at 10 to 20 mph becoming southwest and increasing to 15 to 25 mph in the afternoon.

TOMORROW NIGHT: Scattered evening snow showers with around an inch of total accumulation expected. Mostly cloudy with lows in the lower to middle 20s. Southwest winds at 10 to 15 mph becoming westerly at 5 to 10 mph late.

SUNDAY: Mostly cloudy with a few flurries still possible before noon. Highs in the mid 30s. West winds at 5 to 10 mph.