Tonight's Forecast: Warm and muggy with a shower chance 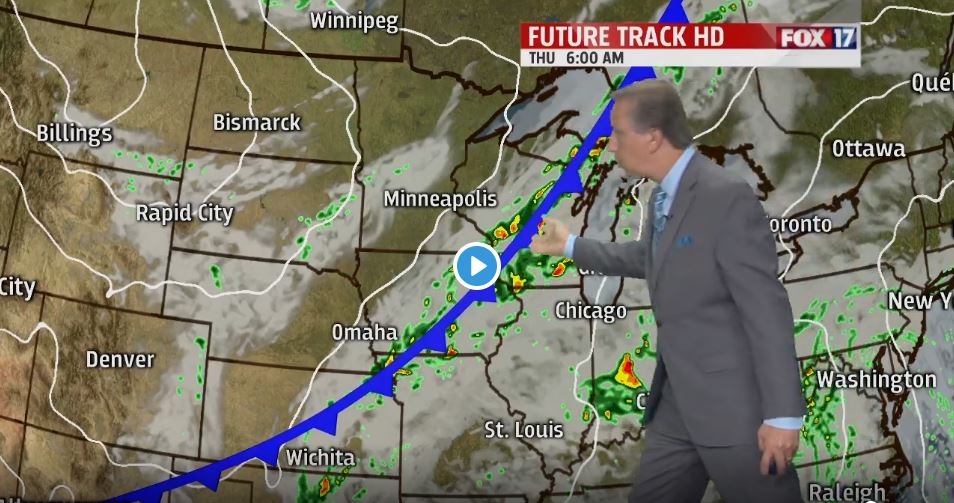 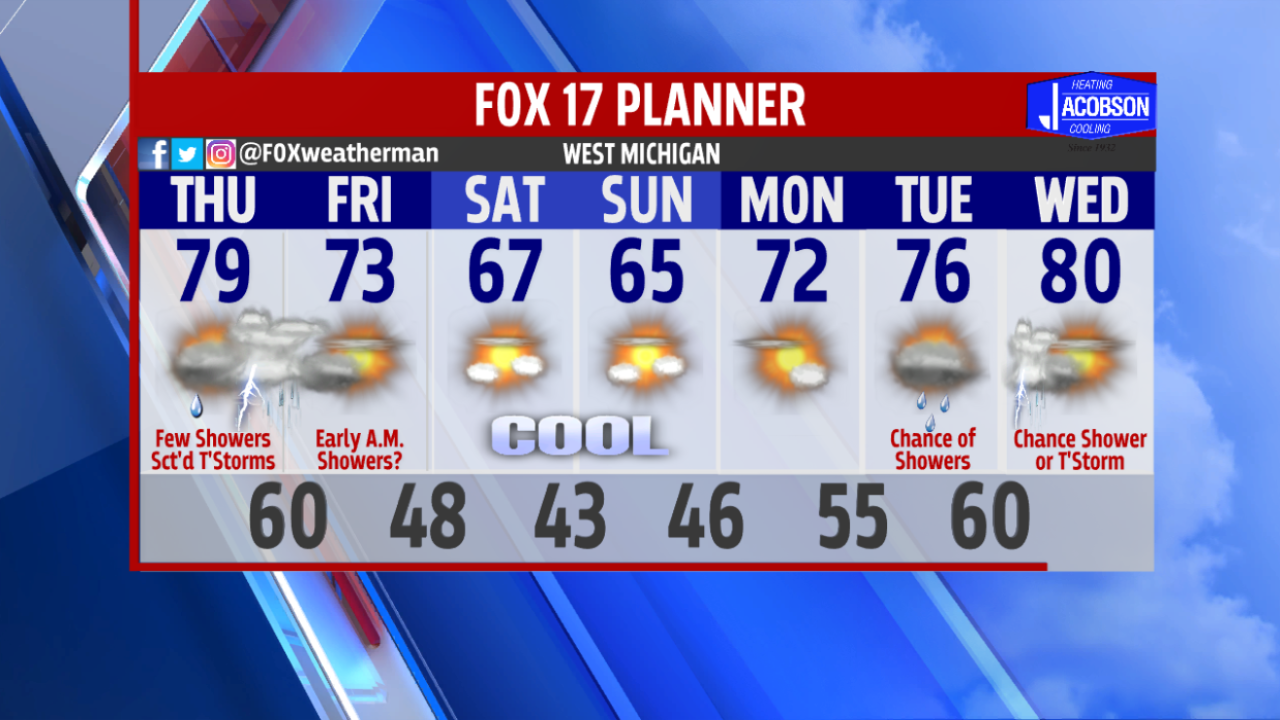 WEST MICHIGAN — The forecast from FOX 17 Chief Meteorologist Kevin Craig: Showers and a few thunderstorms will become more likely on Thursday as a cold front and some upper level energy pivot across the Great Lakes. Severe weather is not anticipated, but brief, heavy rain and some gusty winds are possible in some of the storm cells that form. Warm, muggy conditions will continue through Thursday, but sharply cooler, more comfortable, drier air filters in by Friday. By the weekend, highs are only expected in the 60s with morning lows in the 40s! Another warm up should commence by the middle of next week as highs approach 80 again or better.

TONIGHT: Partly to mostly cloudy. A shower/storm is possible, but mainly dry conditions are expected. Warm and muggy again. Lows in the mid/upper 60s. Winds south-southeast at 5 to 10 mph.

THURSDAY: Mostly cloudy with showers likely and a chance of thunderstorms. Highs in the mid/upper 70s. Winds south/southwest at 7 to 14 mph.

THURSDAY NIGHT: Cloudy with a chance of showers and isolated thunderstorms. Lows around 60. Winds southwest/west at 6 to 12 mph.

SATURDAY: Partly cloudy and cool. Highs in the mid/upper 60s.