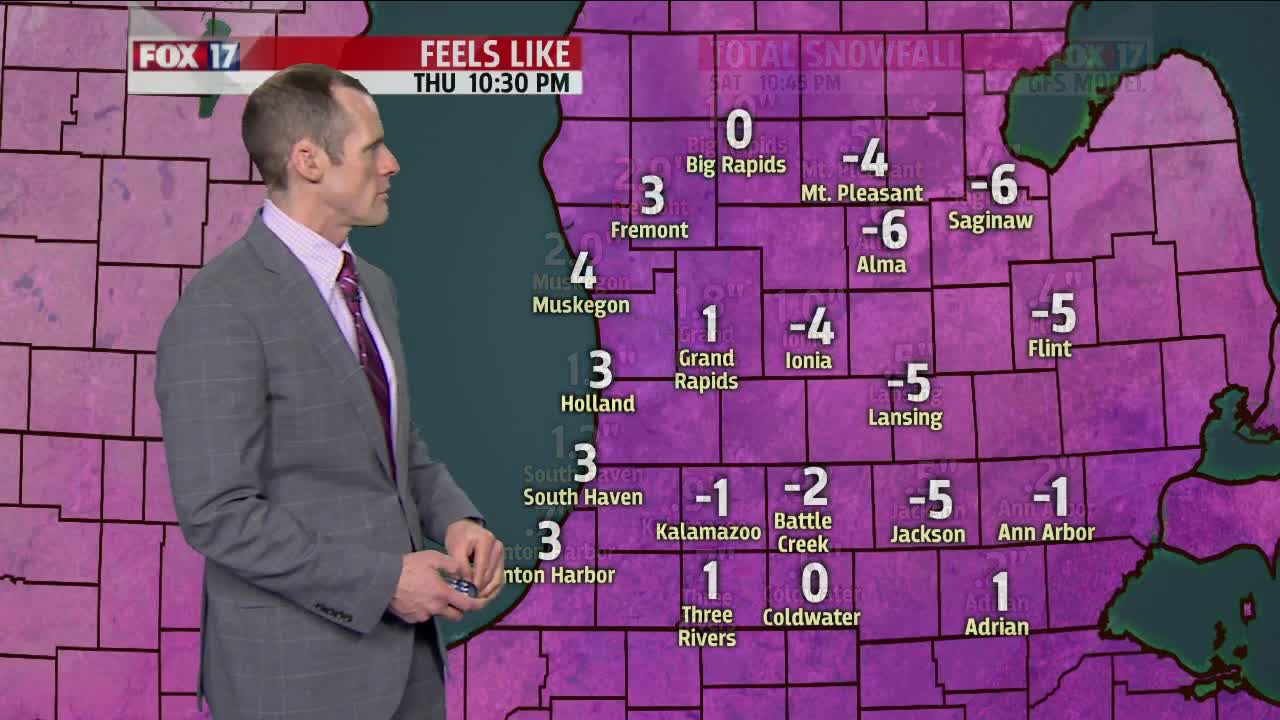 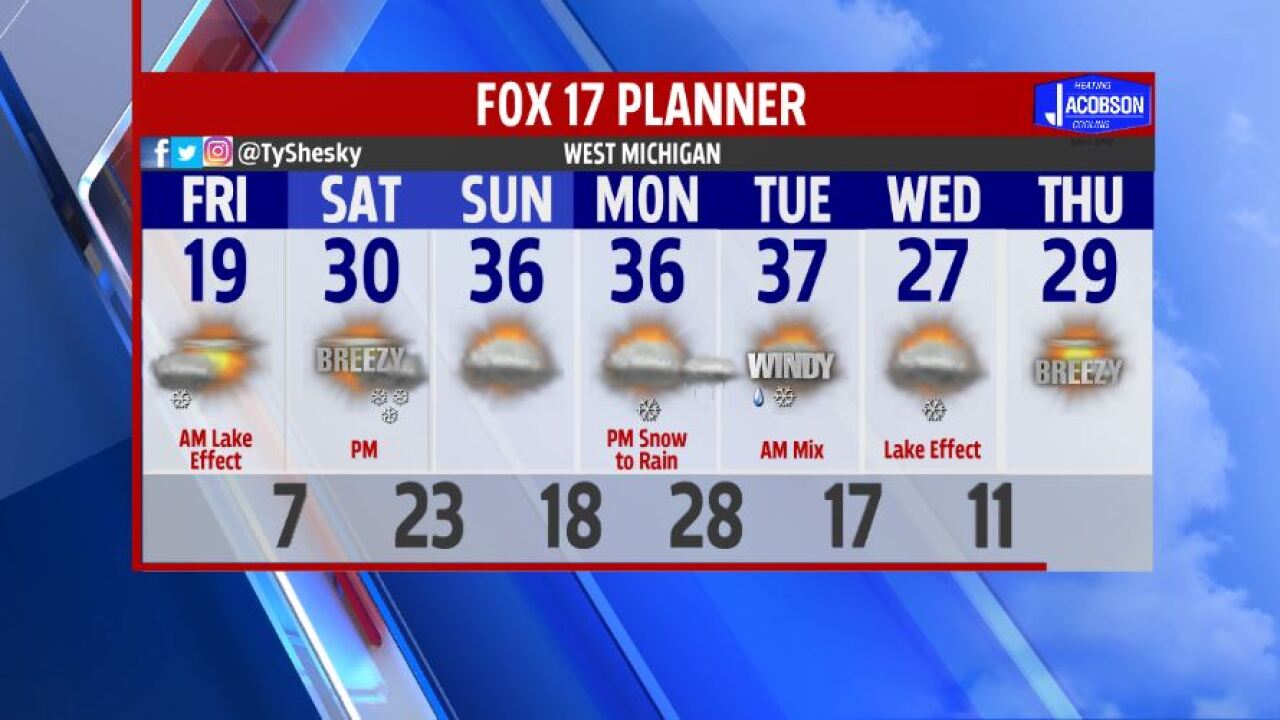 GRAND RAPIDS, Mich. — The forecast from FOX 17 Meteorologist Ty Shesky: Northwest winds across Lake Michigan combined with bitterly cold air and an upper level disturbance swinging through will combine to bring lake effect snow to parts of the area tonight. Our models are suggesting this will hug the immediate shoreline pretty closely, so areas more than 15 miles away from the shore will have minimal additional accumulations. But 1"-3" totals are possible along the shore from Grand Haven southward with some totals of around 4" possible in Berrien County. The snow will taper off tomorrow as a cold area of high pressure slides in.

TONIGHT: Partly to mostly cloudy. Lake effect snow showers, mainly well to the west of US-131. Lows between 5 and 10 above. Northwest winds at 5 to 10 mph.

TOMORROW: Morning lake effect snow showers west of U.S. 131. Becoming partly cloudy and remaining cold. Highs in the upper teens. West/northwest winds at 5 to 10 mph becoming southwest at 10 to 15 mph in the afternoon.

TOMORROW NIGHT: Becoming mostly clear. Continued cold with lows between 5 and 10 above. Southwest winds at 5 to 15 mph becoming southerly.

SATURDAY: Partly sunny in the morning, but becoming mostly cloudy in the afternoon with snow showers developing. Breezy and milder with highs around 30. South winds at 10 to 20 mph becoming southwest and increasing to 15 to 25 mph in the afternoon.