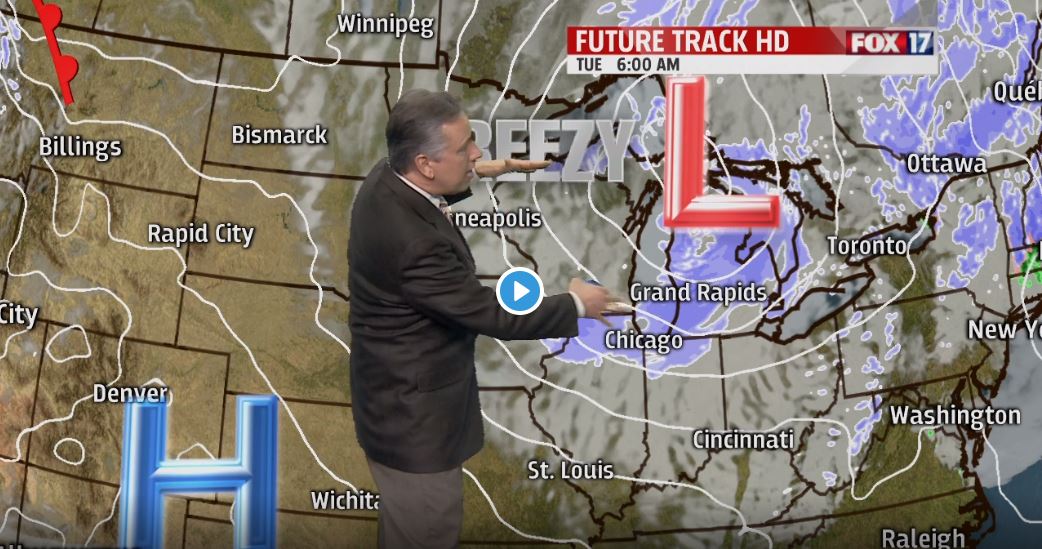 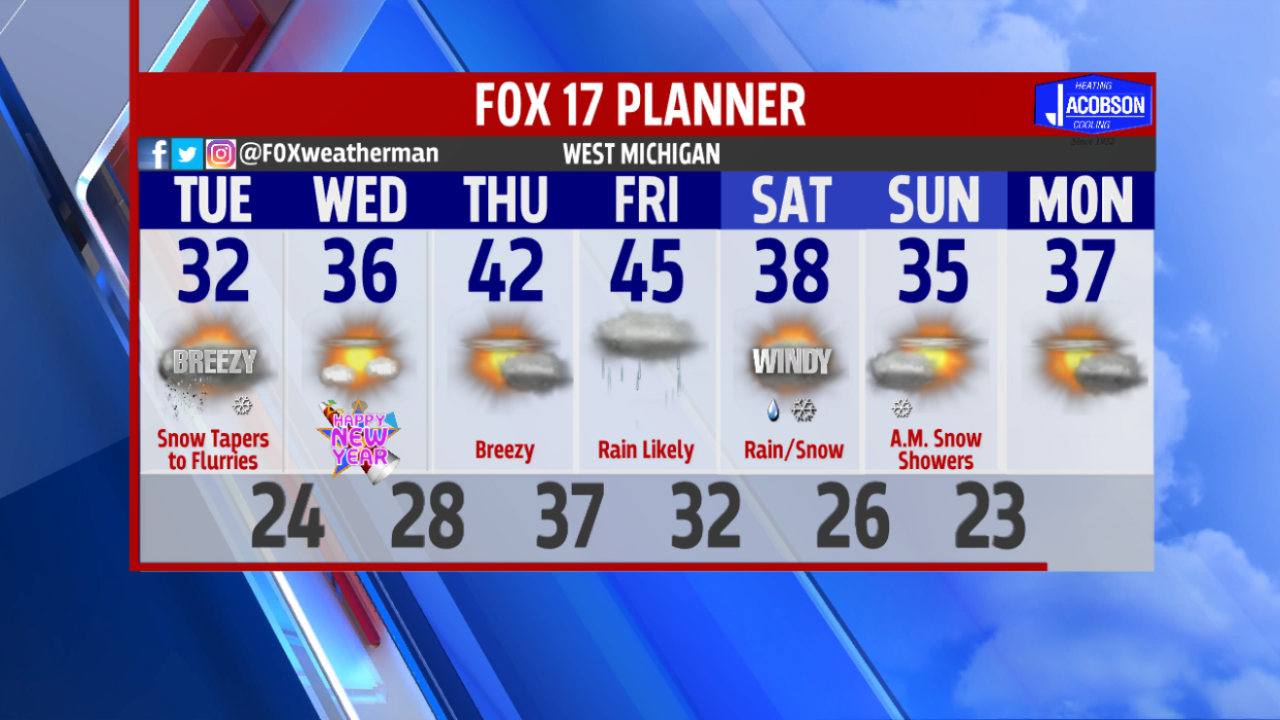 GRAND RAPIDS — The forecast from FOX 17 Chief Meteorologist Kevin Craig: A powerful, moisture-laden winter storm in the Upper Midwest and Great Lakes will impact Michigan overnight into Tuesday. WINTER WEATHER ADVISORIES are in effect for our area through 7 P.M. Tuesday. Most areas are expecting about 3" to 6" of snow Monday night into the Tuesday A.M. commute...especially along/west of U.S. 131, with lesser amounts further east. Some isolated heavier amounts of 6" to 8" are possible from Grand Rapids to the north/west with a moisture feed off Lake Michigan. The Tuesday morning commute will indeed be treacherous. Wind will also be an issue with scattered power outages possible, and beach/dune/bluff erosion at the immediate lakeshore. Wednesday and Thursday look to be more on the quiet side. Please be safe!

TUESDAY/NEW YEAR'S EVE: Morning snow tapers to light snow showers and flurries through the afternoon. Another inch or two of accumulation possible. Breezy and cold. Highs only in the low/mid 30s. Wind chills in the teens. Winds west-southwest at 10 to 20 mph.