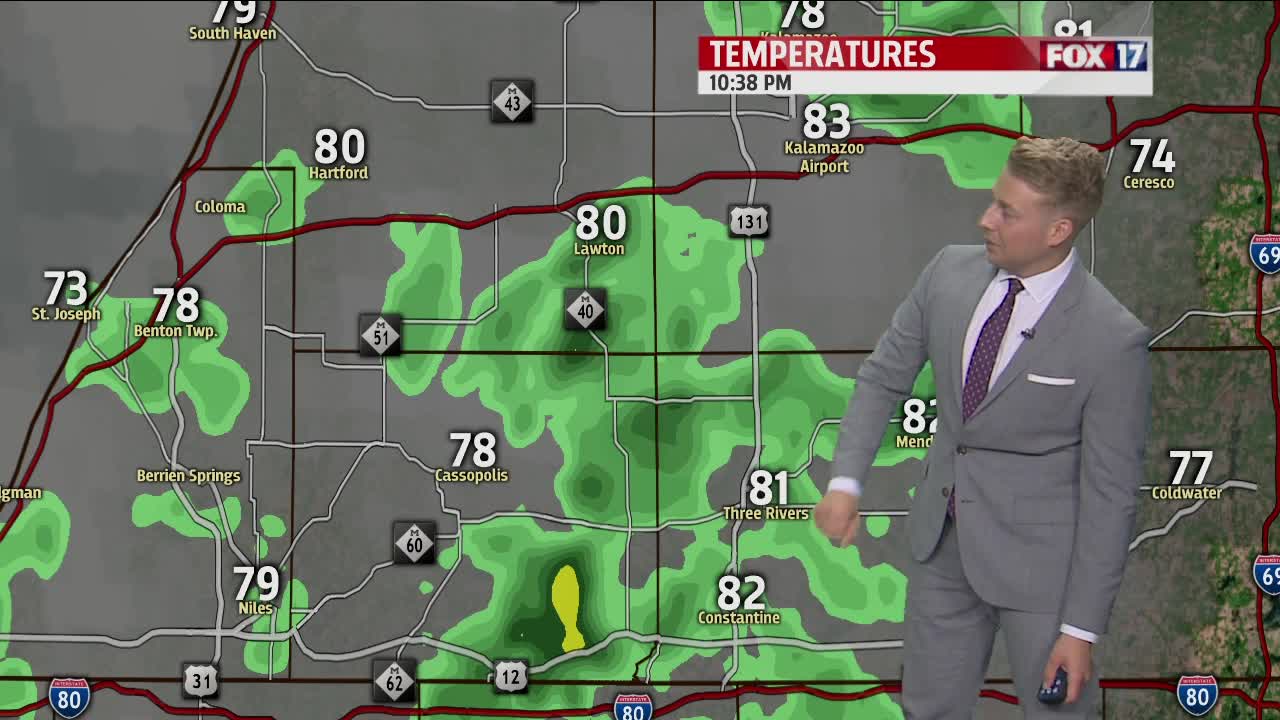 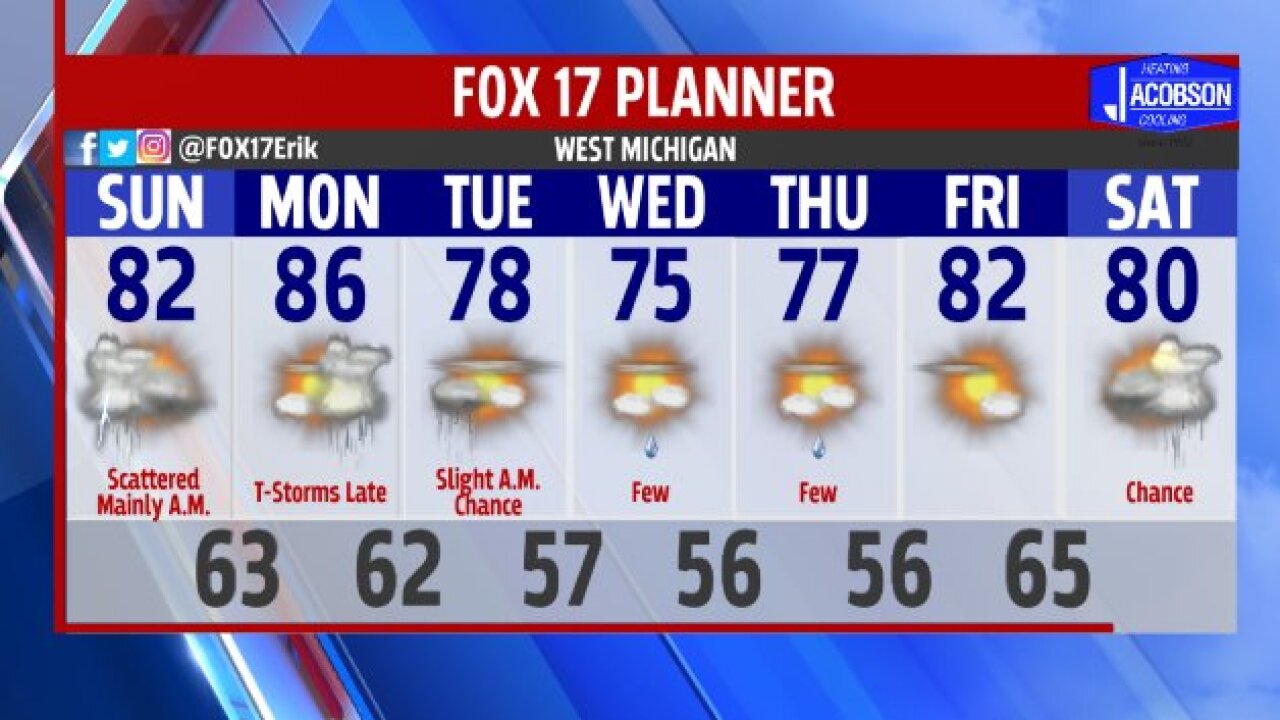 WEST MICHIGAN — The forecast from FOX 17 Meteorologist Erik Kostrzewa: A weak system which has been slowly moving our direction since early this week will finally get close enough to pop-up some showers and t'storms. Heavy rain is possible but severe weather is not expected. These showers and storms will continue into Father's Day, but most will be gone by the afternoon. Highs Sunday will remain just above normal in the lower 80s then we are going to see another hot day on Monday with upper 80s. Best chance of rain will be Monday evening into Tuesday morning. That system will take our temperatures back down below normal through Thursday.

TONIGHT: A slight chance of showers and thunderstorms. Partly cloudy and muggy with lows in the upper 60s to around 70°. South/southwest winds at 5 to 10 mph.

SUNDAY: Partly to mostly cloudy with a few showers. A thunderstorm possible during the morning/early afternoon as well. Highs in the lower 80s. A bit breezy with southwest winds at 10 to 15 mph becoming westerly in the afternoon.

MONDAY: Partly cloudy to partly sunny. A chance for late afternoon and evening scattered showers and thunderstorms. Highs in the mid to upper 80s.

TUESDAY: Partly sunny. Chance of showers in the morning. Highs in the middle to upper 70s.