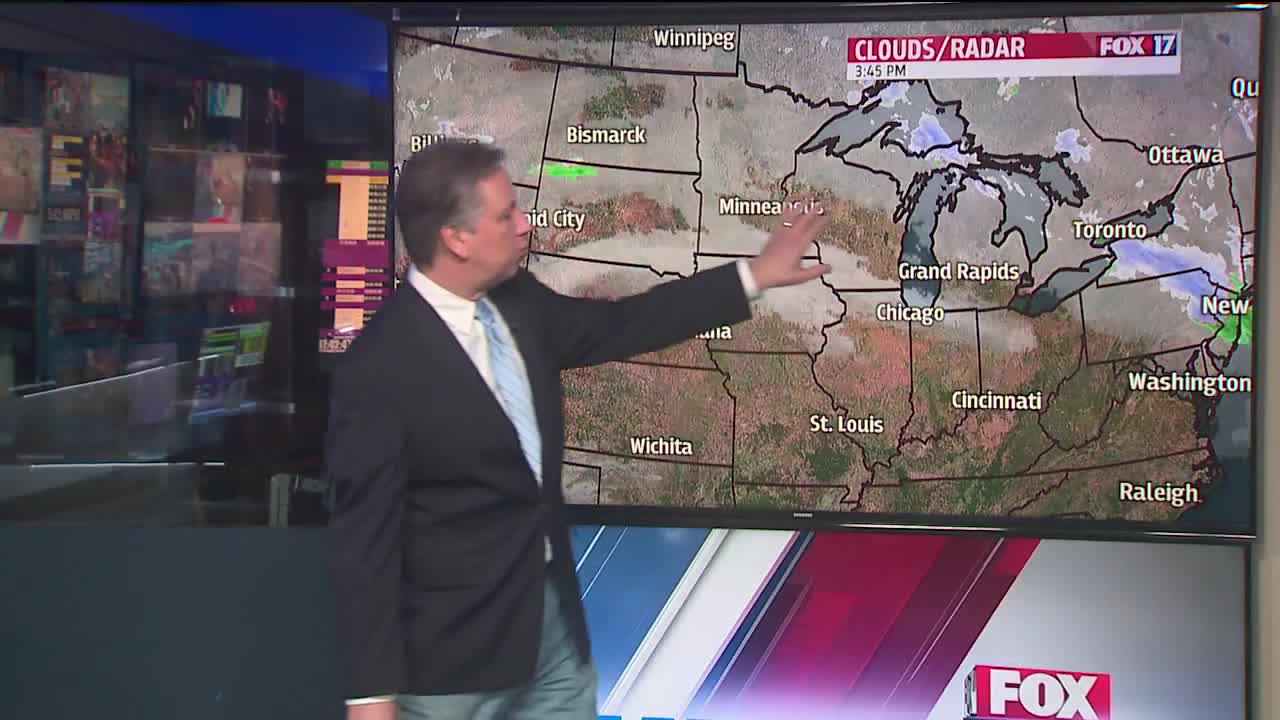 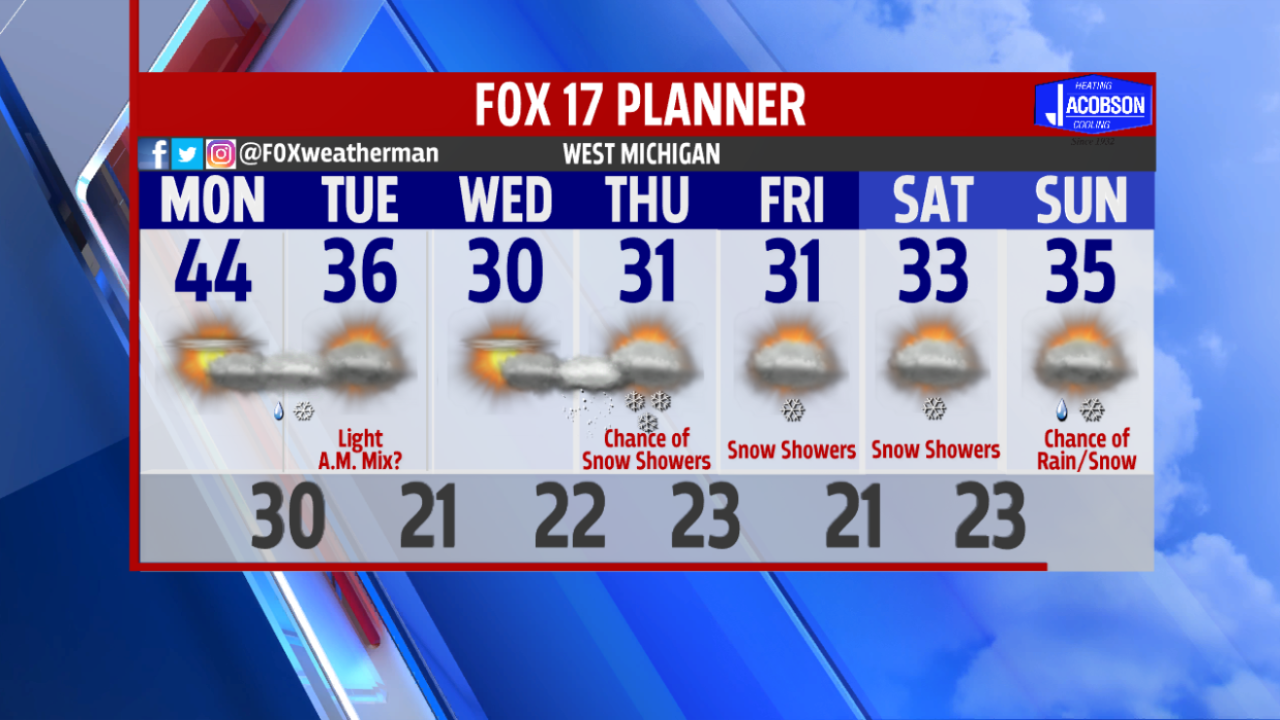 GRAND RAPIDS — The forecast from FOX 17 Chief Meteorologist Kevin Craig: Finally...after a day filled with sunshine and temperatures in the upper 40s, lows overnight will only dip to around 30/32. We expect partly sunny to mostly cloudy skies on Monday with highs back in the mid 40s. Monday night into Tuesday morning, a light mix of drizzle, freezing drizzle, or snow showers will be possible. It may be a slippery morning commute Tuesday. You'll also notice that temperatures this week will be running more seasonable for this time of year in the upper 20s to lower 30s. No big storms for West Michigan are on the horizon at this time.