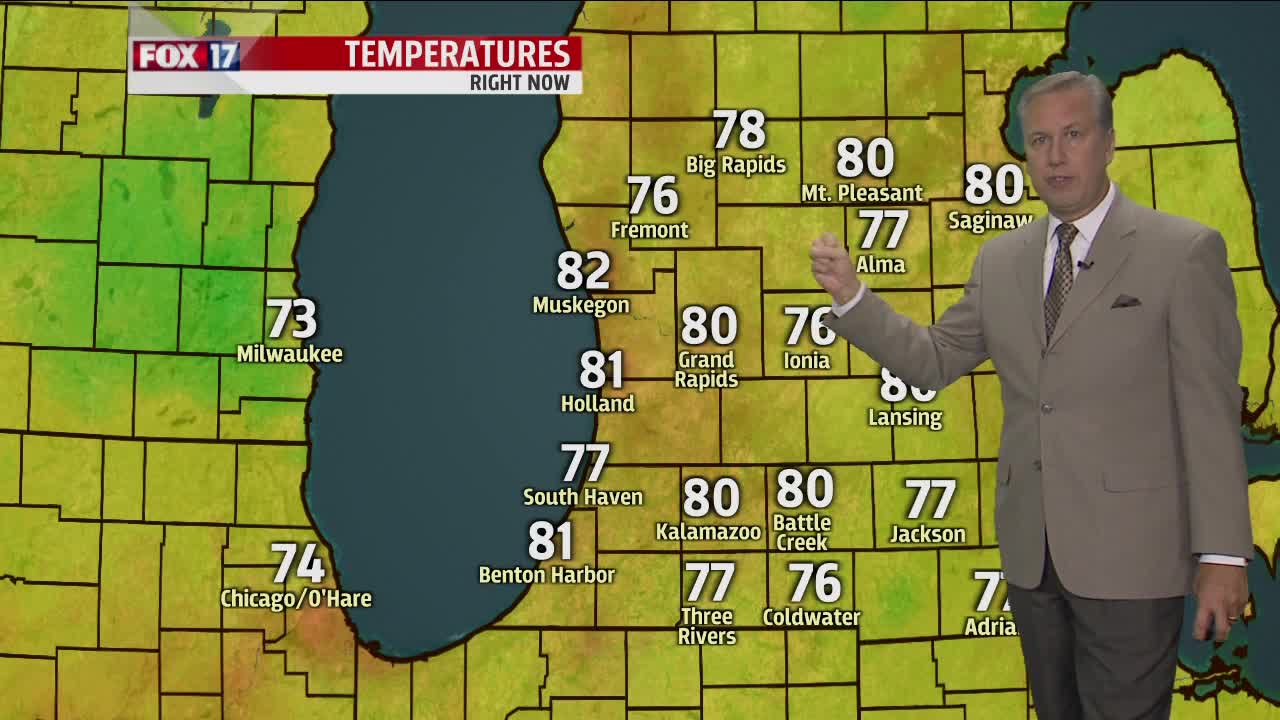 GRAND RAPIDS — The forecast from FOX 17 Chief Meteorologist Kevin Craig: An approaching disturbance overnight will bring a chance for a shower or thunderstorm. Severe weather is NOT likely, but some brief heavy downpours are possible. Monday continues the warm and humid trend with more shower/storm chances in the morning and again in the late afternoon/evening. As a cold front slides through the state later Monday night, a slightly cooler, significantly drier (less humid) airmass will filter into the Great Lakes for Tuesday. Quiet weather looks likely the remainder of the week with temperatures squarely in the 80s. Have a pleasant week.

TONIGHT: Partly cloudy, warm and humid. Slight chance of a shower or thunderstorm overnight. Lows only around 70°. South winds at 5 to 10 mph.

MONDAY: Partly cloudy to partly sunny, warm, and continued humid. Any early morning shower or thunderstorm departs, otherwise most daylight hours likely remain dry. We have a better chance for scattered showers and thunderstorms in the late afternoon, evening, and overnight hours as a cold front slides through the state. Highs in the mid/upper 80s. Winds south/southwest at 10 to 15 mph. We expect a moderate beach hazard risk from Grand Haven northward with waves running about 2 to 4 feet.

MONDAY NIGHT: Mostly cloudy with a chance of showers and thunderstorms. Lows in the mid/upper 60s. Winds southwest/northwest at 5 to 10 mph.