Heat continues for at least another one to two weeks 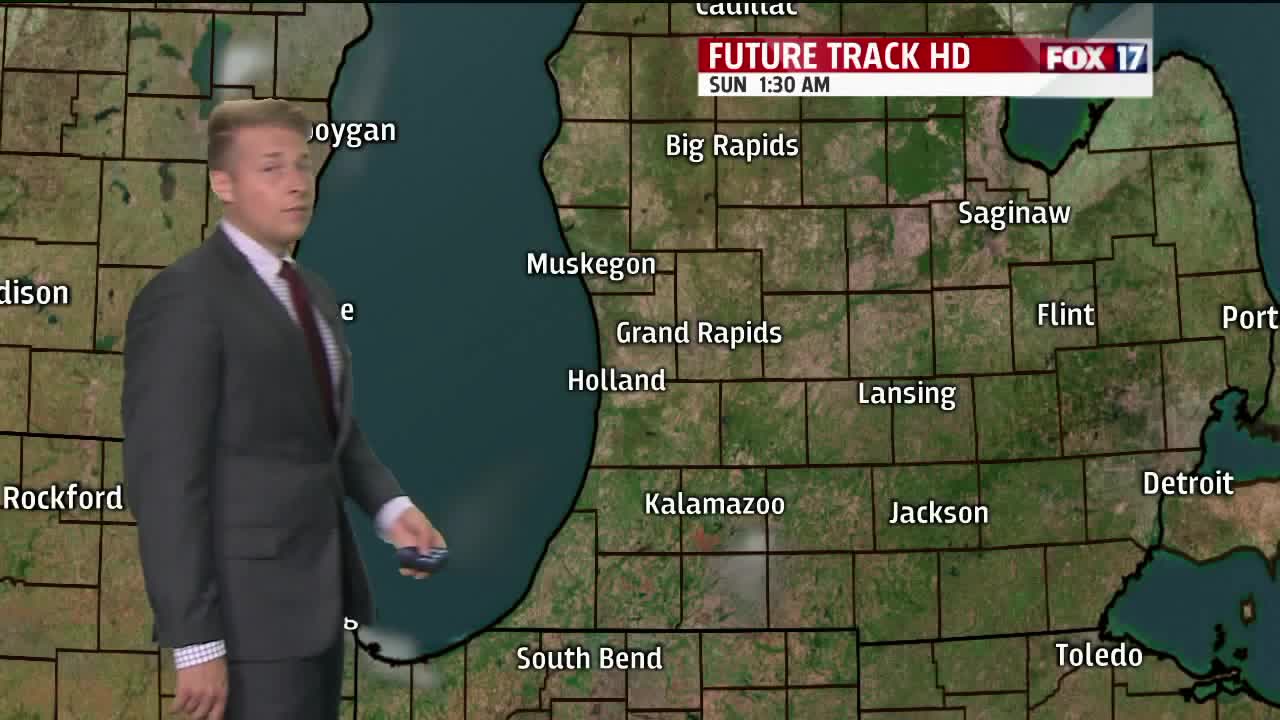 Heatwave far from over 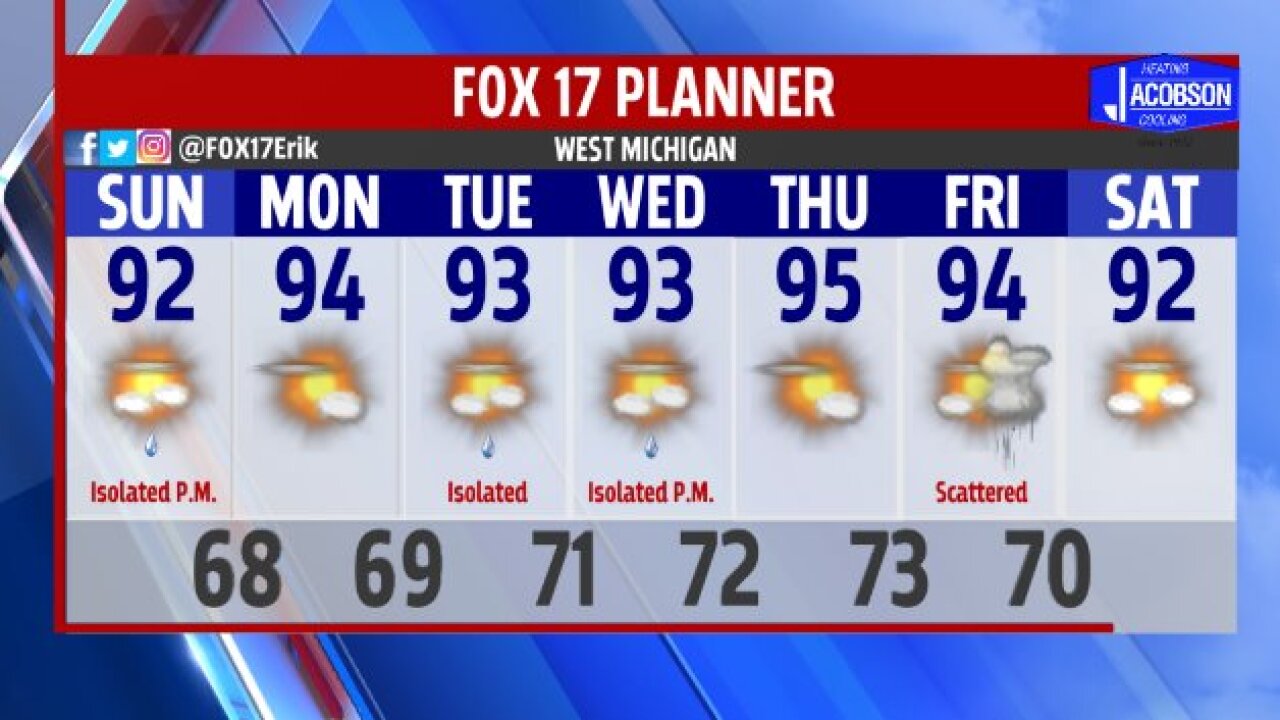 WEST MICHIGAN — The forecast from FOX 17 Meteorologist Erik Kostrzewa: As we stretch into nearly a week with our current heatwave, signs point to it not ending anytime soon. Highs in the 90s will stretch into at least next weekend, and likely even into the following week. Highs will peak in the middle 90s later this week, with heat indices approaching 100° at times. Sunshine will be the dominant weather throughout the heatwave, with periodic pop-up showers and thunderstorms. Most will stay dry until Friday. Friday is when a stronger system will bring a more widespread chance of rain and storms. Strong thunderstorms will be possible.

SUNDAY: Mostly sunny, hot, and humid. An isolated p.m. shower/t'storm is possible for everyone away from Lake Michigan. Highs in the lower 90s. Southeast wind at 5 to 10 mph becoming west/southwest in the afternoon.

MONDAY: Mostly sunny, hot, and humid. Highs in the lower to middle 90s.

TUESDAY: Partly cloudy with an isolated shower/t'storm. Humid with highs in the lower to middle 90s.

WEDNESDAY: Partly cloudy with an isolated p.m. shower/t'storm. Humid with highs in the lower to middle 90s.