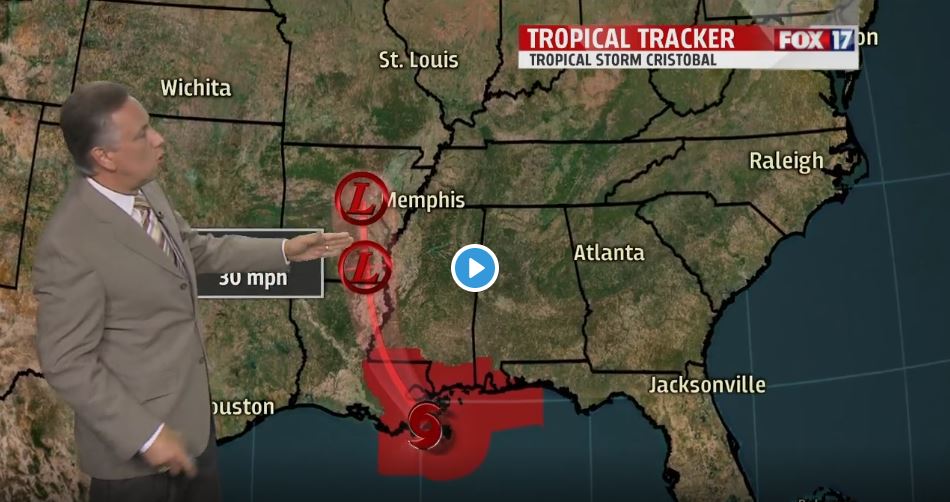 More Heat and Humidity on the Way 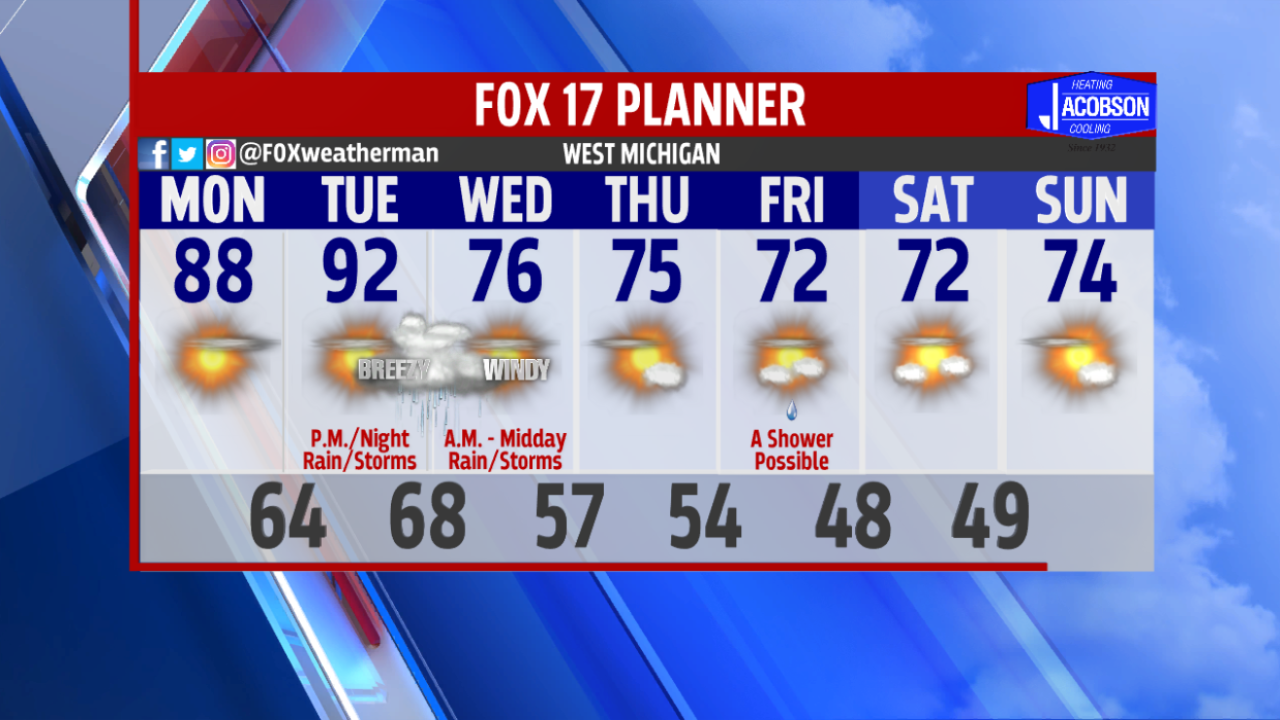 WEST MICHIGAN — The forecast from FOX 17 Chief Meteorologist Kevin Craig: Look for increased heat and humidity the next two days. Monday will feature increased heat with highs in the mid/upper 80s, but with dew point temperatures still in the 50s, it will be primarily a dry heat. On Tuesday, dew point temperatures (a measure of moisture in the air) will increase into the 60s. Daytime highs are expected around 90/92 degrees. As we discussed last week, the remnants of Tropical Storm Cristobal (currently over the Gulf Coast) will likely impact our weather as it travels north up the Mississippi River Valley into Wisconsin. While this system is expected to be a Tropical Depression, it will bring rain and thunderstorms by Tuesday evening into Wednesday midday. We expect conditions to turn breezy preceding this system, and then downright windy behind the system on Wednesday. In fact, a GALE WATCH has been posted for Lake Michigan. Make sure to stay off piers and jetties on Wednesday as wave heights could be in the range of 10 to 12 feet! Cooler air will arrive behind this system as readings drop back into the low/mid 70s. Have a pleasant week.

MONDAY: Mostly sunny, warm, and pleasant. Highs in the mid/upper 80s. Winds southeast at 6 to 12 mph.

TUESDAY: Hot and Humid! Sunny skies through about midday, otherwise increasing clouds in the afternoon. Becoming mostly cloudy with a chance of showers/storms by evening. Becoming breezy too. These are the remnants of Tropical Storm Cristobal! Highs around 90/92, with feels like temperatures in the mid/upper 90s. Winds southeast at 10 to 15 mph.

WEDNESDAY: Showers and thunderstorms likely in the morning hours through about midday. Windy too. Eventually cooler and less humid with highs only in the mid 70s. Winds may gust at 40 to 50 mph. High beach hazard risk, lakeshore flooding, high waves, and scattered power outages are possible.