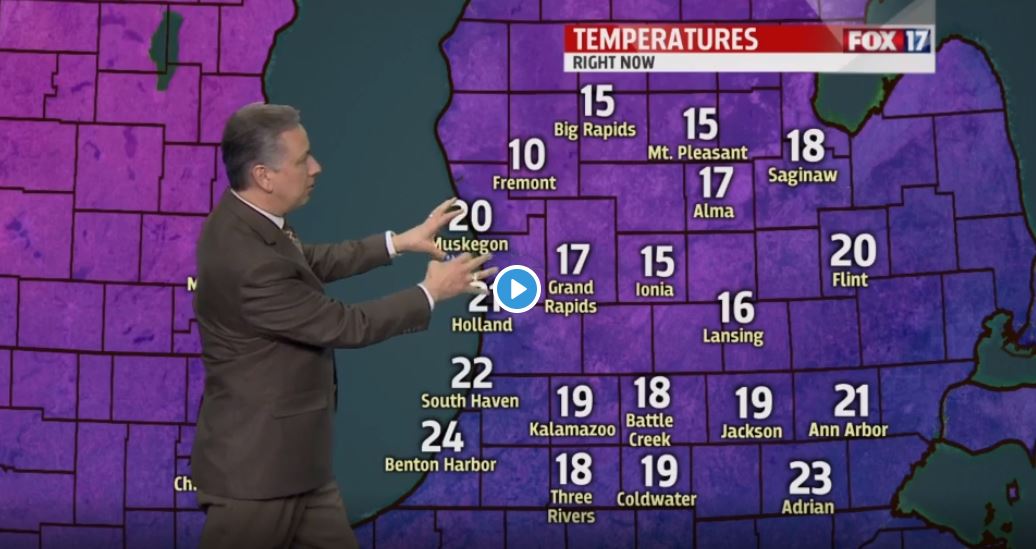 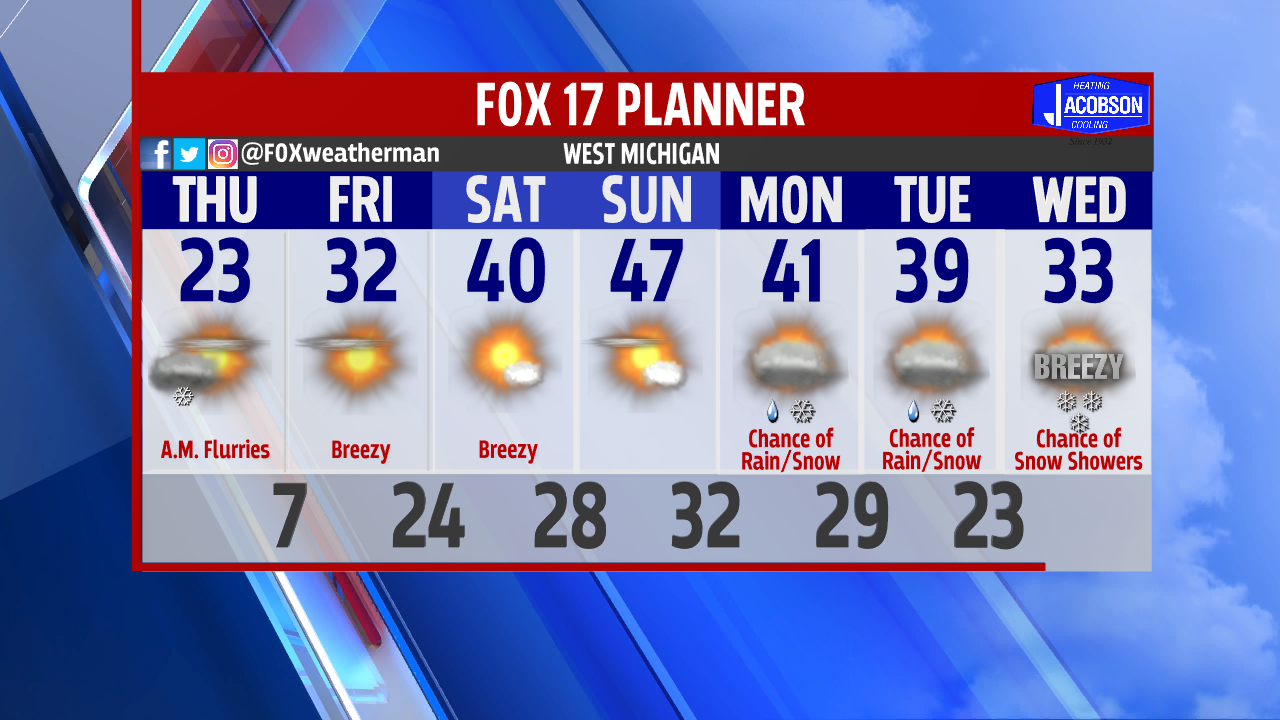 GRAND RAPIDS — The forecast from FOX 17 Chief Meteorologist Kevin Craig: Other than a few light snow showers or flurries generated by the cold wind coming across the relatively warm waters of Lake Michigan tonight and Thursday morning, the cold and quiet weather pattern will continue into tomorrow. The best chance of this will be along/west of U.S. 131 closer to the immediate lakeshore. Thursday will feature one more day of Arctic air. Look for some relief from the cold on Friday as temperatures return to near average for this time of year. The warming trend will continue into the weekend with above average temperatures in the 40s for highs.

TONIGHT: Variably cloudy with light snow showers and/or flurries possible, mainly by Lake Michigan. A light dusting/coating is possible. Lows around 10, but warmer at the immediate lakeshore. Northwest winds at 5 to 10 mph. Wind chills in the single digits.

TOMORROW: A few morning flurries or light snow showers possible near the lakeshore, otherwise becoming partly cloudy. Continued cold with highs in the low/mid 20s. Northwest to west winds at 5 to 10 mph. Afternoon wind chills in the low/mid teens.

TOMORROW NIGHT: Mostly clear and cold. Lows in the middle to upper single digits. West/southwest winds at 5 to 10 mph.