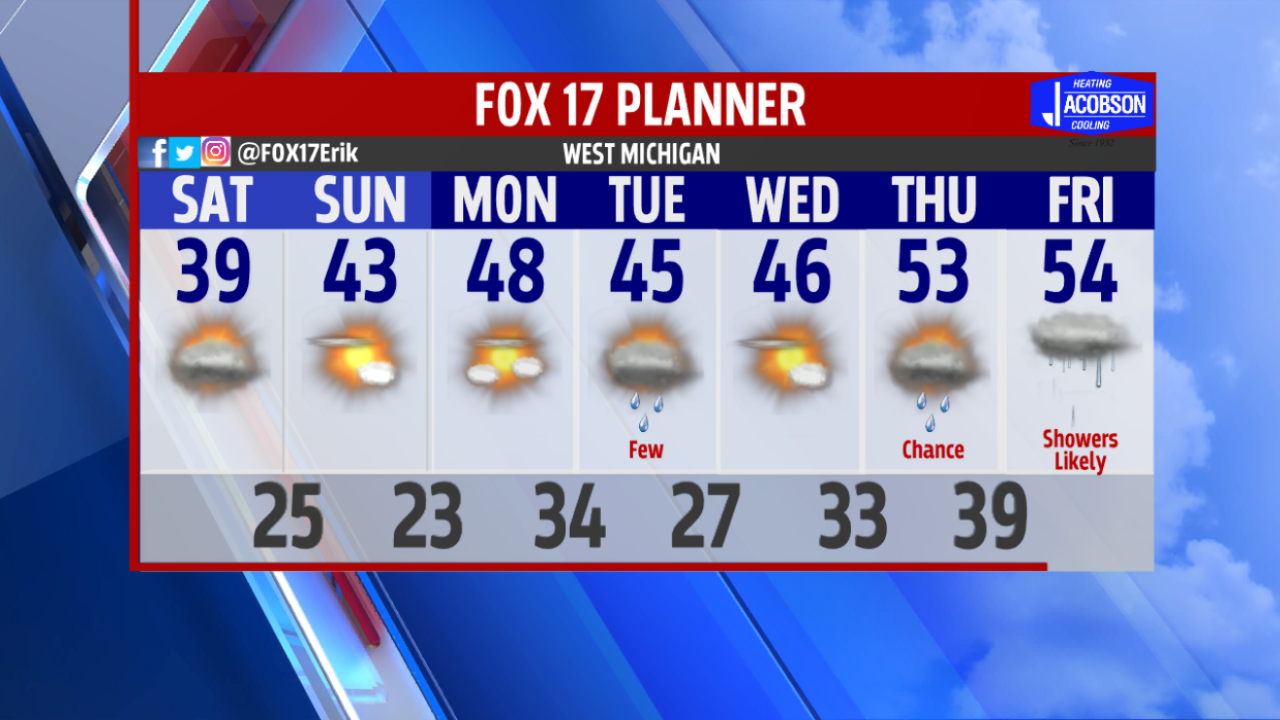 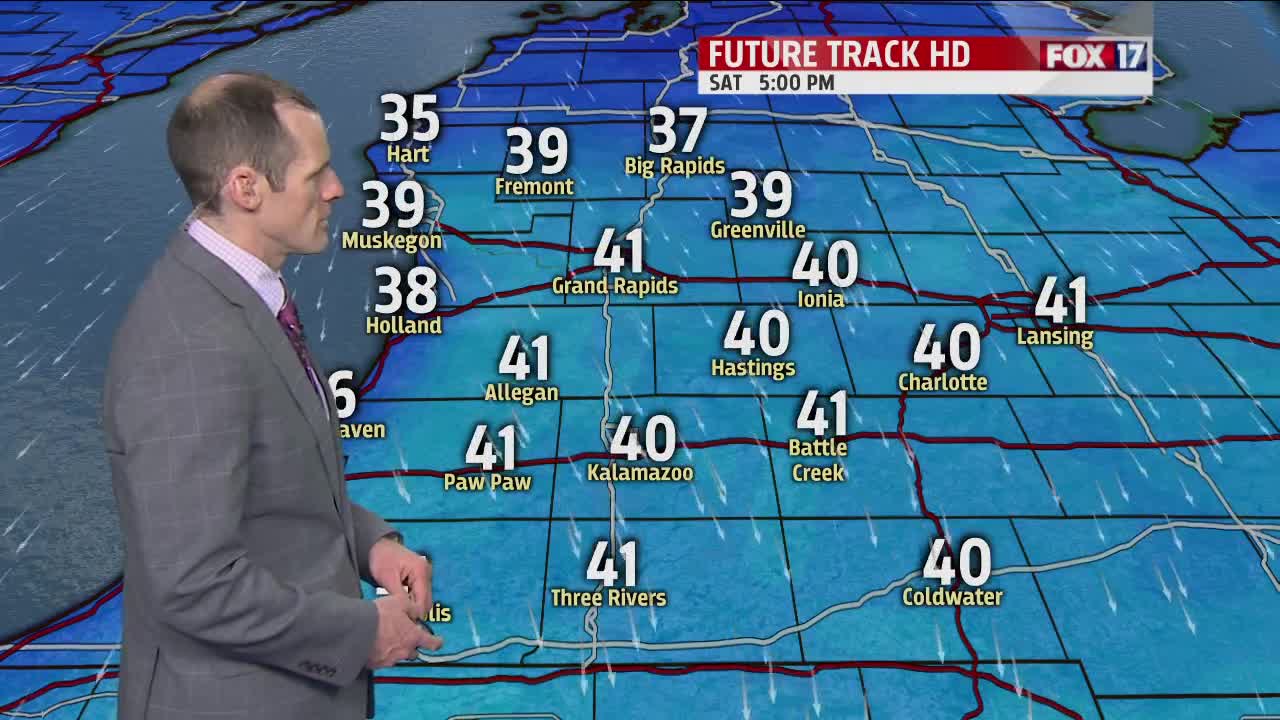 GRAND RAPIDS — The FOX 17 forecast from MeteorologistTy Shesky: A cool night is on tap with lighter winds and variably cloudy skies. A weather system will miss us to the south tomorrow, but we will see a fair amount of cloud cover on the north side of that system. Sunday will feature more sunshine, but temperatures will remain cool. Precipitation isn't in the forecast until at least Tuesday of next week.

TONIGHT: Mostly clear during the evening, but increasing clouds overnight. Lows in the upper 20s. West winds at 10 to 15 mph becoming northwest at 5 to 10 mph late.

TOMORROW: Mostly cloudy and seasonably cool. Highs in the upper 30s to around 40. Northwest winds becoming northerly at 5 to 10 mph.

SUNDAY: Mostly sunny. Highs in the lower to middle 40s. East/northeast winds at 5 to 10 mph.

MONDAY: Partly cloudy. Highs in the middle to upper 40s.