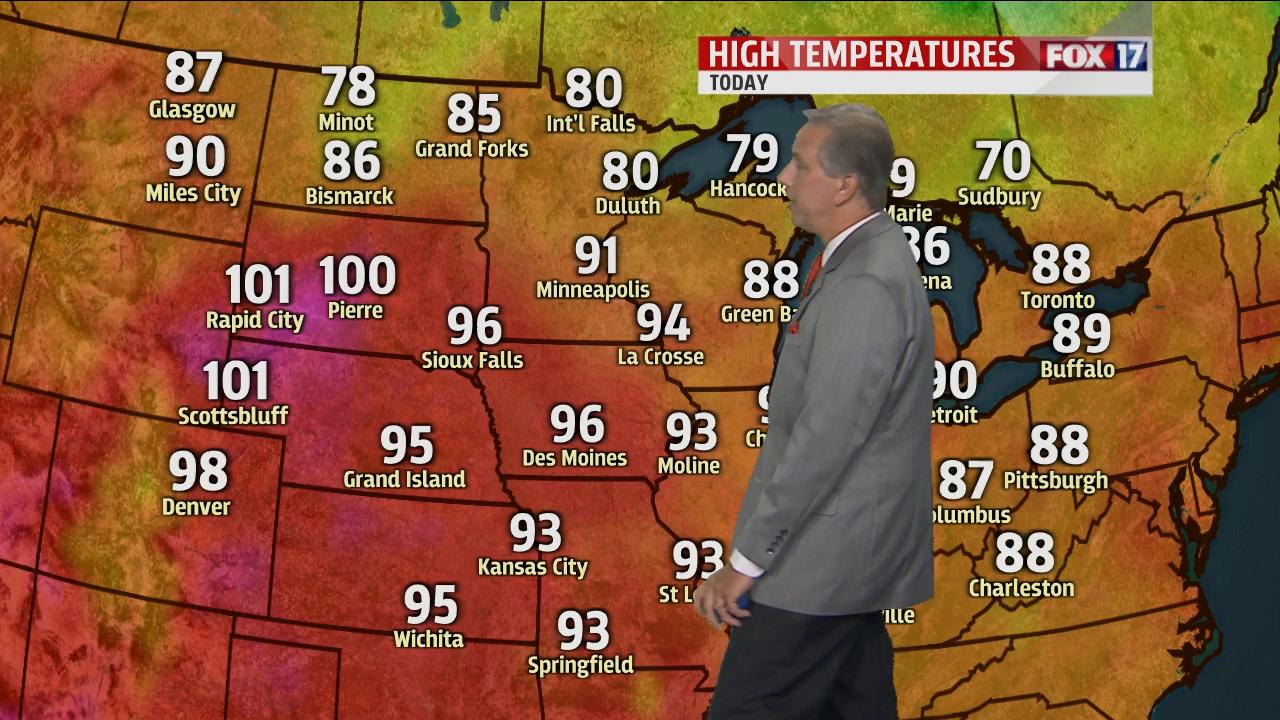 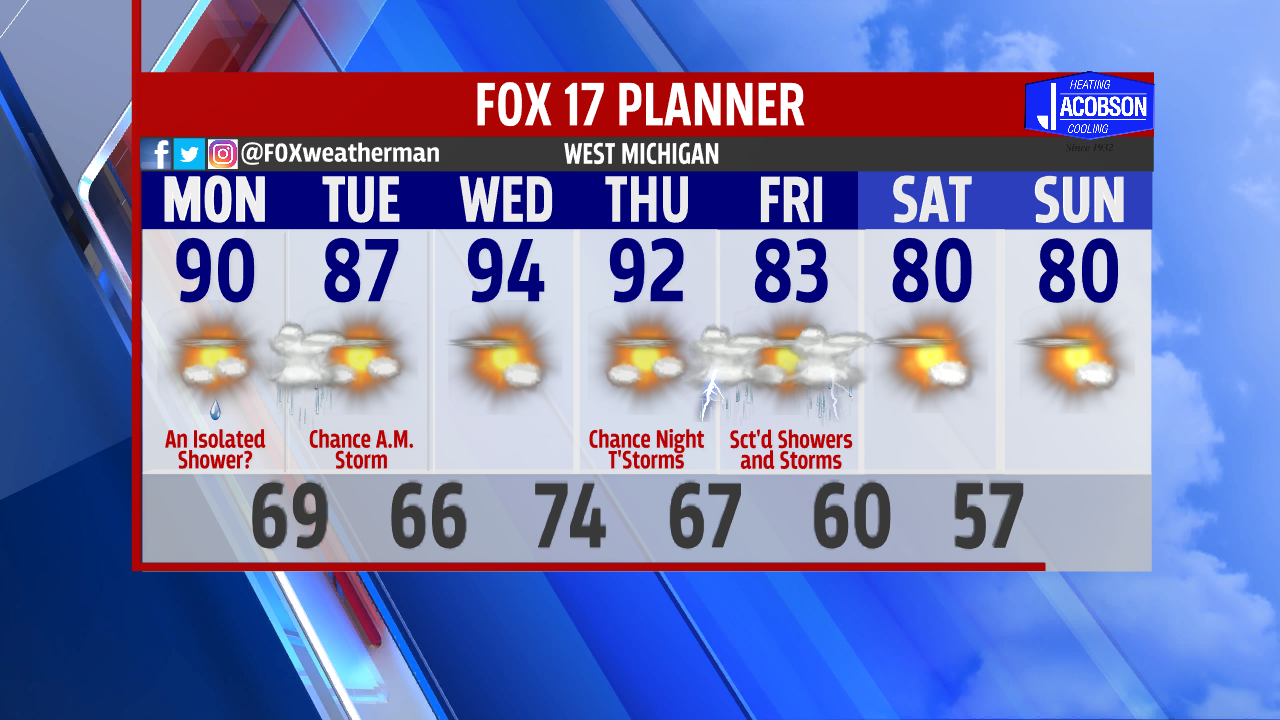 GRAND RAPIDS — The forecast from FOX 17 Chief Meteorologist Kevin Craig: This week we will build heat and humidity with highs reaching 90 or better. The next chance for rain will be overnight Monday into Tuesday morning as a disturbance slides southeastward on the periphery of a heat dome just out to our west. Heat indices could reach the upper 90s to near 100 degrees on Wednesday afternoon. It stays hot on Thursday before a cold front drops southward at some point late Thursday into Friday offering up our best chance for more widespread rain in the form of showers and thunderstorms. A cooler, drier, and more comfortable air mass appears on track for next weekend.

TONIGHT: Mostly clear to partly cloudy. Lows in the mid/upper 60s. Winds south at 5 to 10 mph.

TOMORROW/MONDAY: Mostly sunny to partly cloudy. An isolated shower/t'storm is possible. A bit more humid with highs in the upper 80s to near 90 degrees. Winds south/southwest at 6 to 12 mph.

MONDAY NIGHT: Partly to mostly cloudy. Chance of showers, perhaps a thunderstorm or two. Lows in the upper 60s. Winds west-southwest at 5 to 10 mph.

TUESDAY: A morning shower or thunderstorm possible, otherwise partly cloudy to partly sunny. Highs in the mid/upper 80s. Winds west-northwest at 5 to 10 mph.

WEDNESDAY: Mostly sunny and hot...probably our hottest day this week. Highs expected in the low/mid 90s with heat indices around 100.