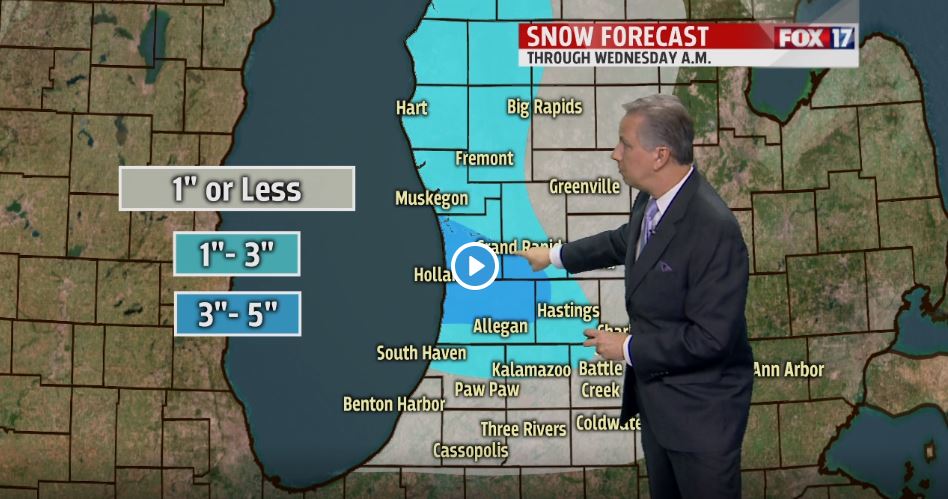 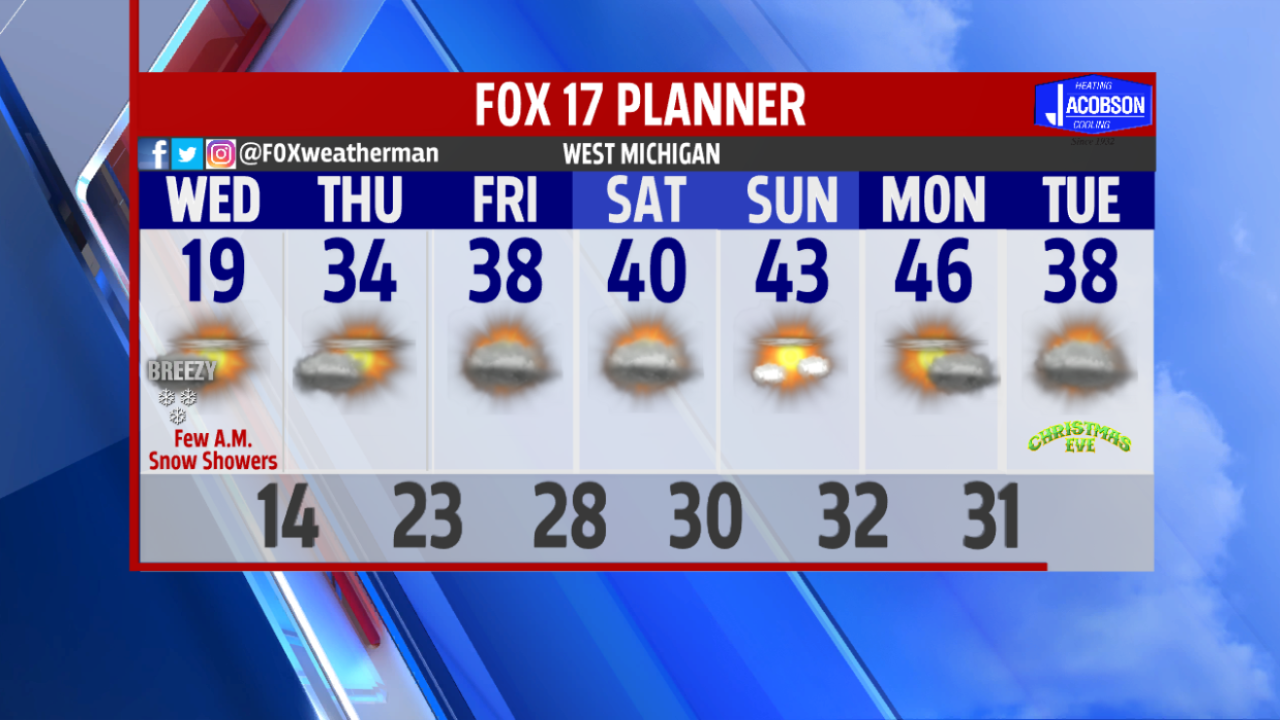 WEST MICHIGAN — The forecast from FOX 17 Chief Meteorologist Kevin Craig: Low pressure will dive quickly to the southeast tonight, bringing a shot of Arctic air to West Michigan and some light lake effect snow accumulations especially along/west of U.S. 131. An icy morning commute is likely Wednesday as temperatures fall into the teens through the day. After this shot of arctic air and snow chances, we work back toward above average temperatures with dry and calm conditions into the upcoming weekend and into Christmas week.

TONIGHT: Lake effect snow showers developing as a brief blast of Arctic air pours into the region. Accumulations of 1" to 3", especially for areas west of US-131. Isolated localized 3" to 5" amounts are possible across Ottawa and southern Kent Counties. Lows in the middle teens. West/northwest winds at 10 to 20 mph. Wind chills in the single digits.
TOMORROW: A chance of morning snow showers, mainly west of US-131. Becoming partly sunny by late in the afternoon inland. Breezy and cold with afternoon highs in the upper teens to around 20. Winds west-northwest at 10 to 20 mph.. Wind chills in the single digits.
TOMORROW NIGHT: Partly cloudy and cold. Lows in the lower to middle teens. West winds at 5 to 10 mph becoming southerly.
THURSDAY: Partly to mostly cloudy and milder. Highs in the lower to middle 30s. South to southwest winds at 10 to 15 mph.
FRIDAY: Mostly cloudy. Highs in the upper 30s.