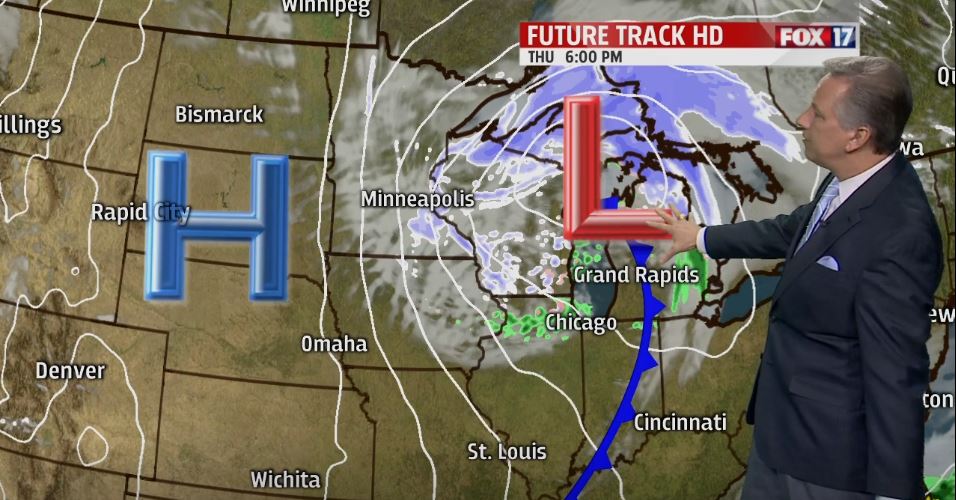 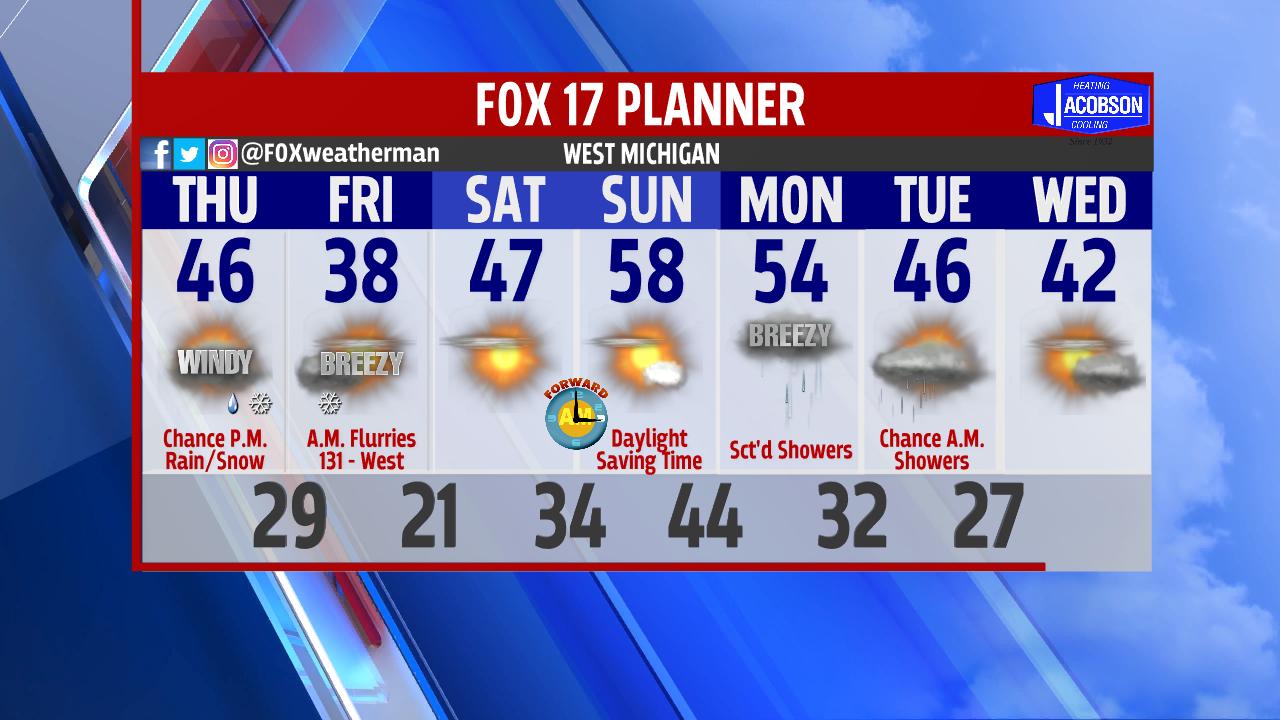 GRAND RAPIDS — The FOX 17 forecast from Chief Meteorologist Kevin Craig: Our next weak weather system arrives on Thursday with the chance of some light rain/snow showers in the afternoon. After the chance of some light lake effect snow showers Thursday night into Friday morning along/west of U.S. 131, look for sunshine and warming temperatures into the 50s this weekend. Our next rain chances arrives Monday.

TOMORROW/THURSDAY: Some early morning sunshine possible, otherwise becoming mostly cloudy with a chance of light rain/snow showers developing by late morning and continuing through the afternoon. Windy too. Highs in the mid 40s. Winds south/southwest at 15 to 25 mph.

FRIDAY: Chance of light lake effect/enhanced snow showers along/west of U.S. 131 in the morning, otherwise inland sunshine. Breezy too. Highs in the upper 30s to near 40. Winds northwest at 12 to 24 mph.