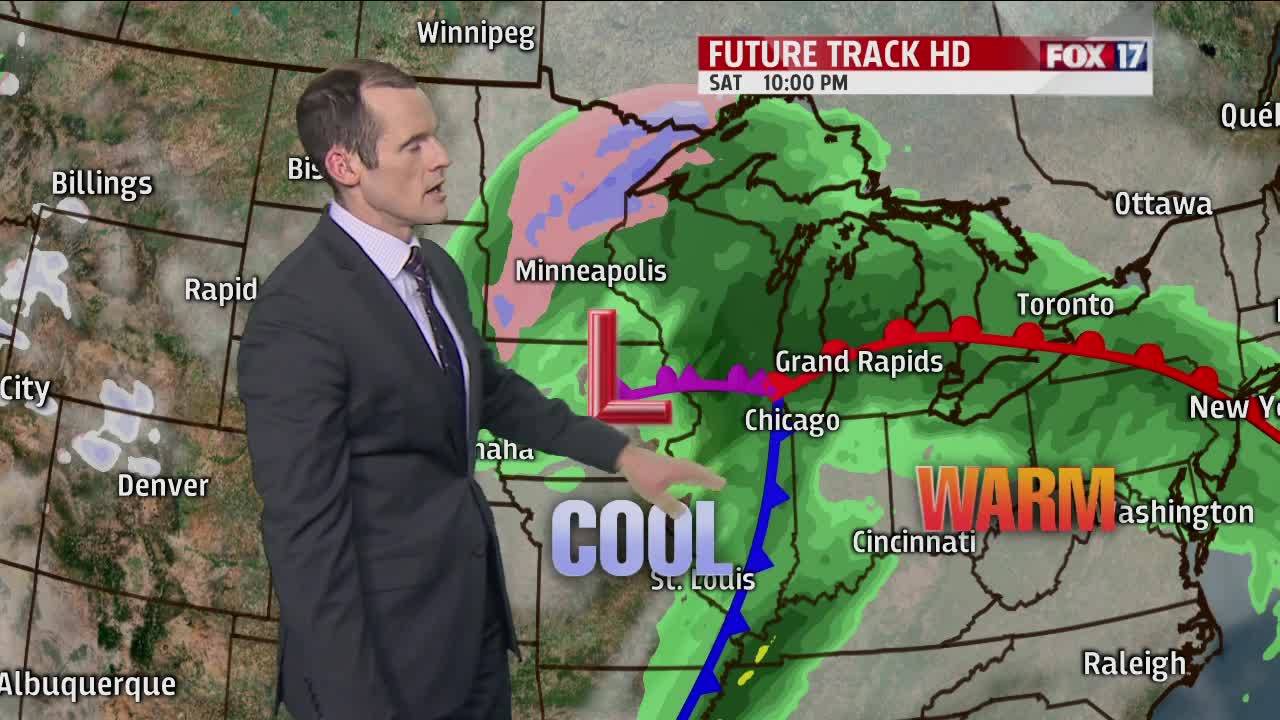 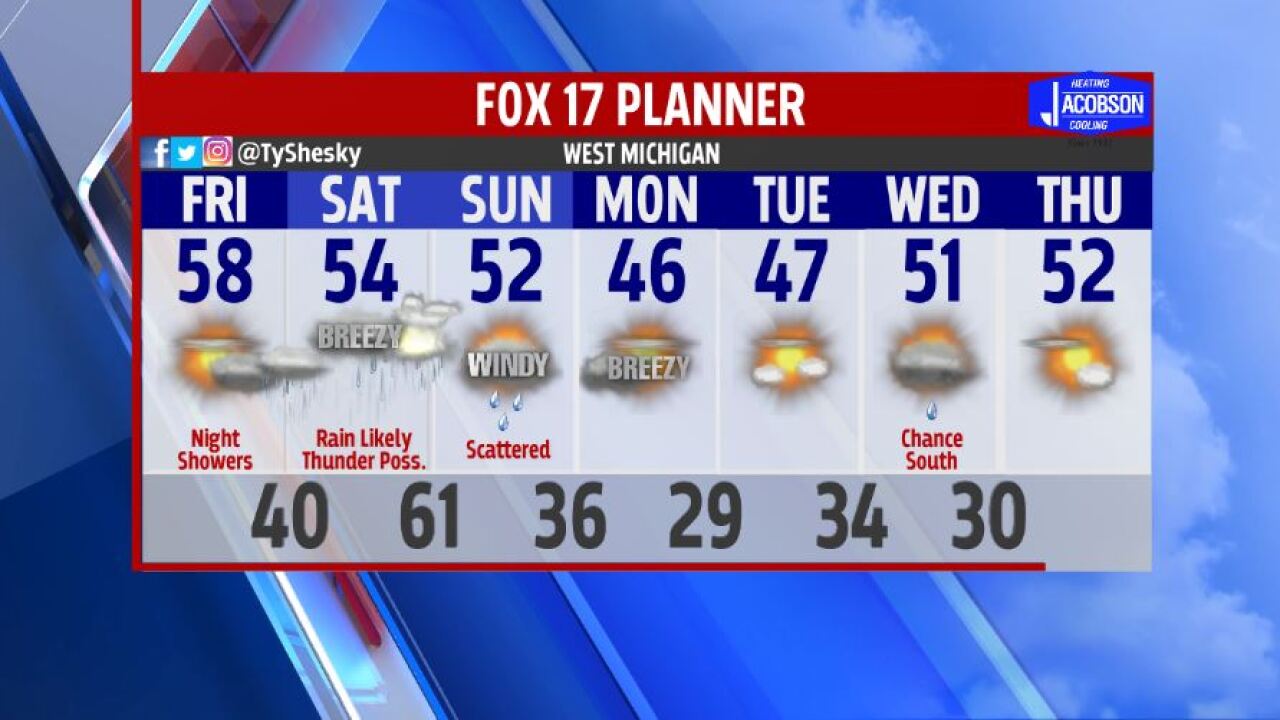 WEST MICHIGAN — The forecast from FOX17 Meteorologist Ty Shesky: A weak disturbance passing to our south tonight will spawn some scattered showers across the area, especially from I-96 southward. Look for a tranquil day on Friday with some clearing, followed by a damp Saturday as a big area of low pressure and an attendant warm front approach from the south and west.

TOMORROW: Partly sunny and a bit warmer. Highs in the upper 50s. East winds at 5 to 10 mph.

SATURDAY: Mostly cloudy. Rain showers likely. A thunderstorm possible later in the evening. Daytime highs in the low to mid 50s, but temps rise to around 60 during the overnight period. Breezy with east/southeast winds at 10-20 mph.

SUNDAY: Partly to mostly cloudy and windy with a chance for scattered showers. Morning highs around 60, but temperatures will fall during the afternoon as colder air works in.