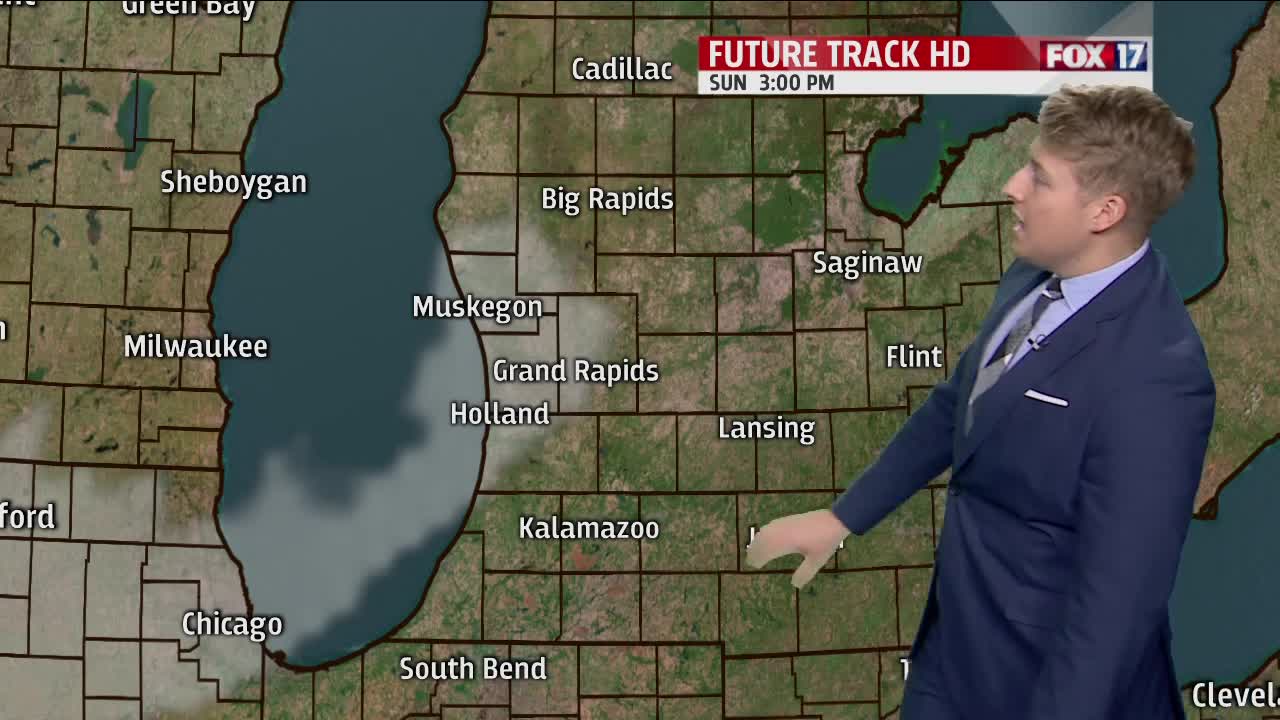 Plentiful Sunshine and Warmth for the Weekend 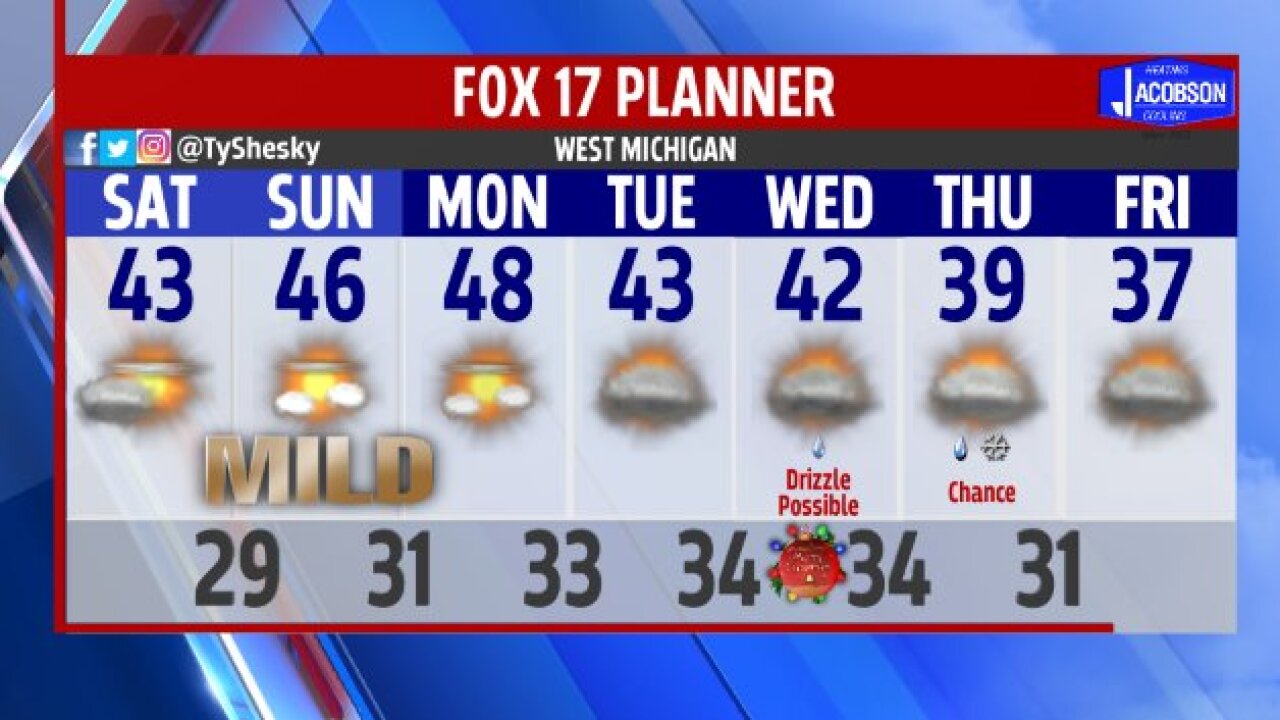 GRAND RAPIDS, Mich. — The forecast from FOX 17 Meteorologist Erik Kostrzewa: The warming trend will continue over the next couple of days with a general south or southwesterly flow. Sunshine will accompany the warmer temperatures, giving us a late fall or early spring feel! Mild weather can be expected right on through the next 7 days, with an unseasonably warm day on Monday as temperatures peak in the upper 40s... Which is about 15 degrees above average. A weak disturbance could bring some drizzle or a bit of light rain on Christmas Day.

TONIGHT: Mostly cloudy. Lows in the upper 20s. South to southeast winds at 5 to 10 mph.

TOMORROW: Partly cloudy and milder. Highs in the lower to middle 40s. Southwest winds at 5 to 15 mph.

SUNDAY: Partly cloudy and even milder. Highs in the middle to upper 40s. Southwest winds at 10-15 mph.