Tonight's forecast: Not as cold overnight with sunshine Sunday 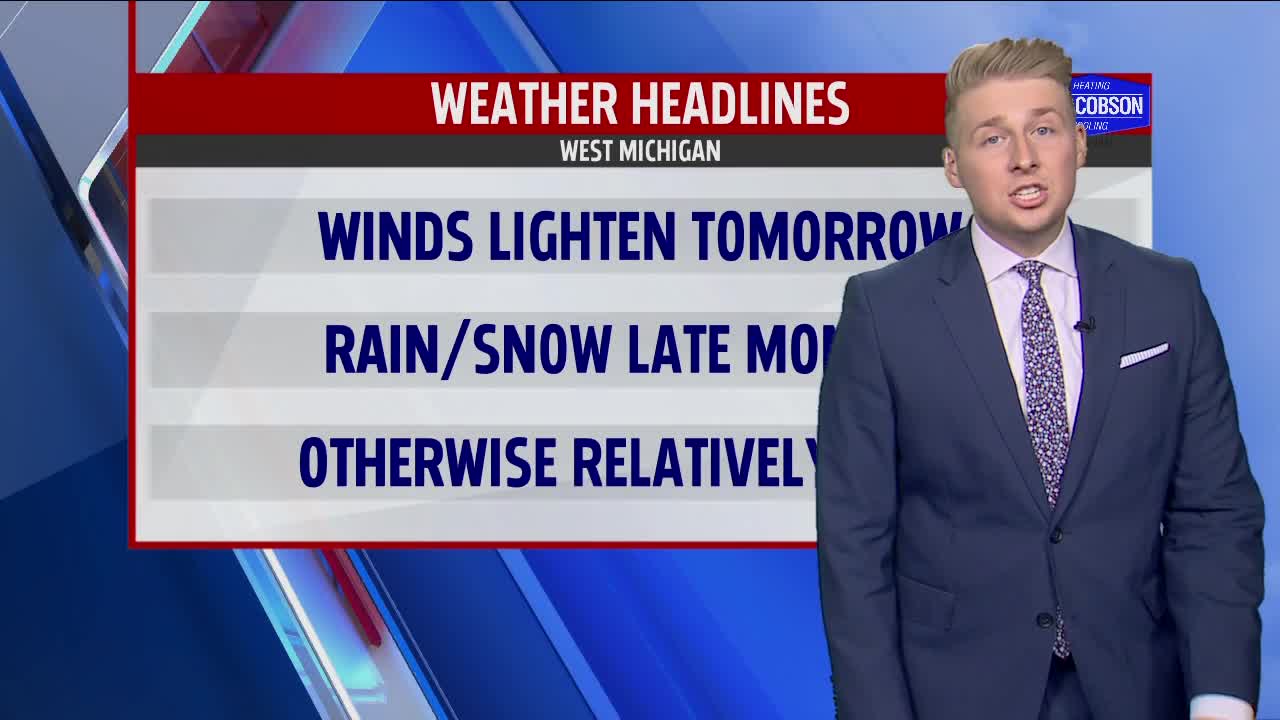 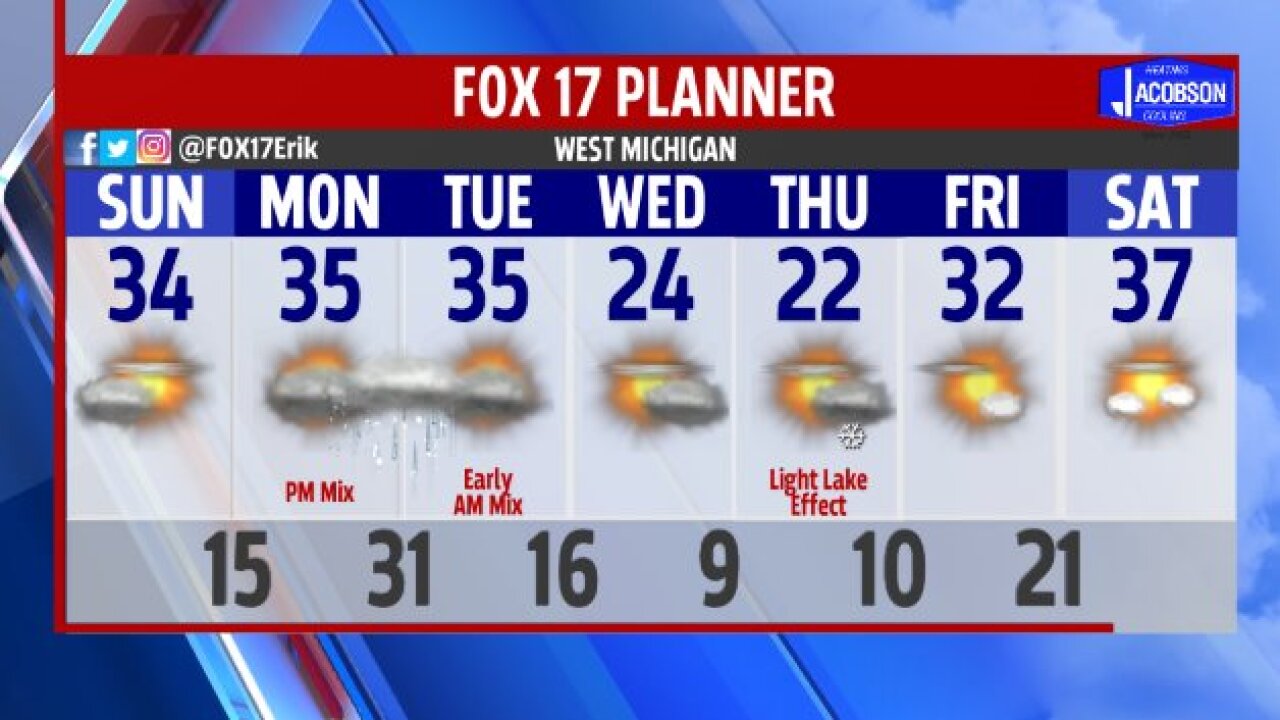 GRAND RAPIDS — The forecast from FOX 17 Meteorologist Erik Kostrzewa: High pressure swings back in on Sunday which clear skies out during the morning. That means, sun! High temperatures won't be warm but the sunshine will feel nice. The one sunnier day tomorrow is replaced by rain and snow on Monday. Best chance of light accumulation will be north of I-96. Another cold front slide through on Tuesday leading to a few cold days Wednesday and Thursday with the chance of light lake-effect snow, especially Thursday. We warm back up into the 30s and towards 40 by next weekend.

TONIGHT: Mostly cloudy with lows in the lower to middle 20s. Watch out for slick spots! Southwest winds at 10 to 15 mph becoming westerly at 5 to 10 mph late.

SUNDAY: Mostly cloudy in the morning followed by sunnier skies. Highs in the lower to middle 30s. West winds at 5 to 10 mph.

MONDAY: Increasing clouds leading to chances of snow transitioning to rain in the latter half of the day. Highs in the mid 30s.