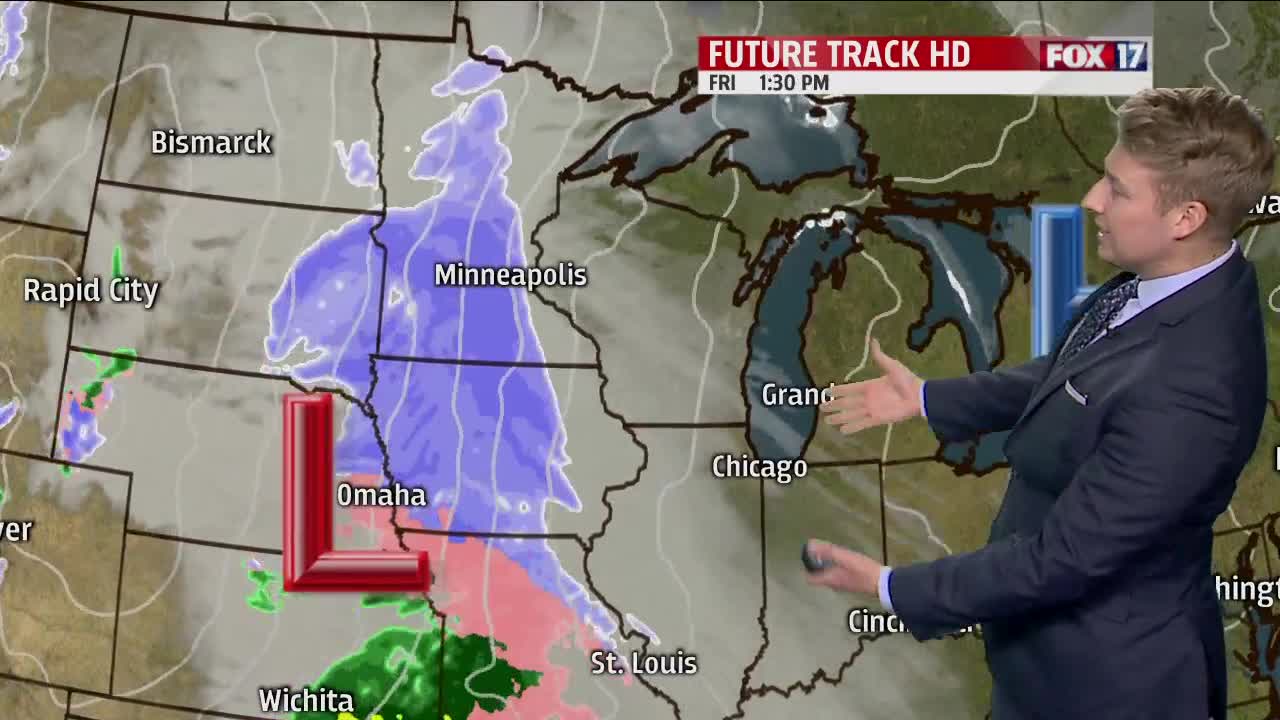 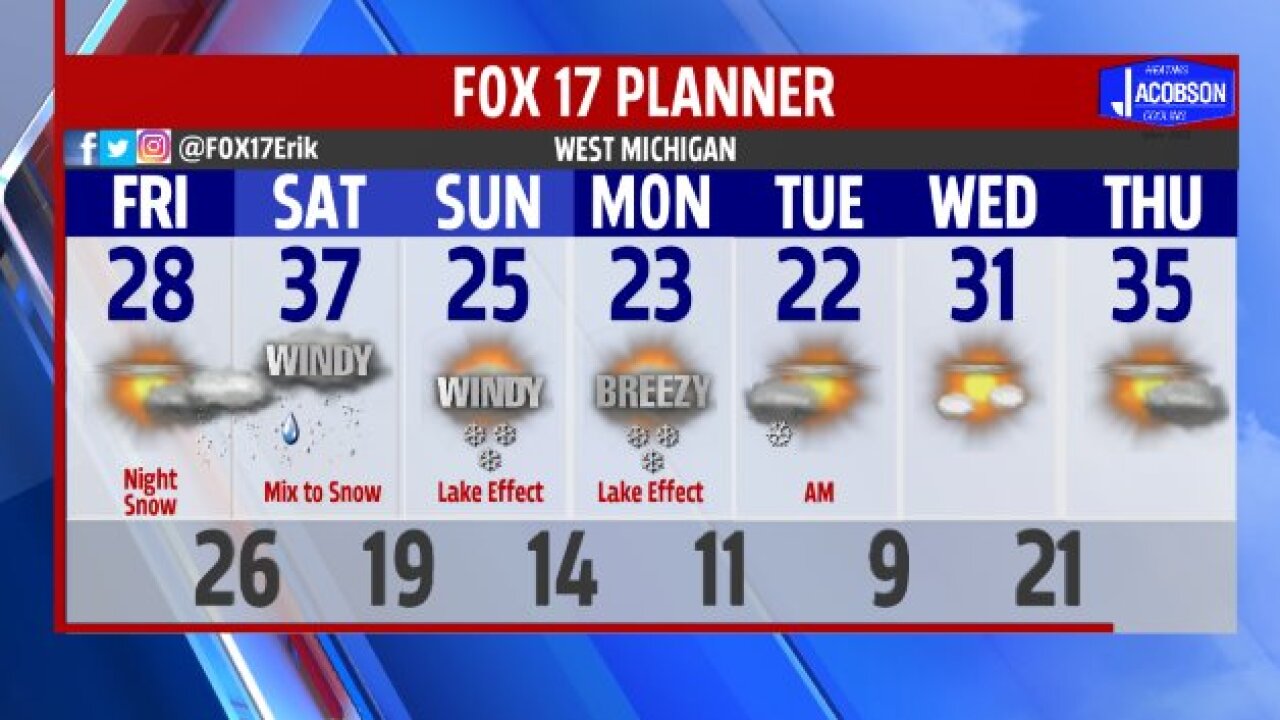 GRAND RAPIDS — The forecast from FOX 17 Meteorologist Erik Kostrzewa: With high pressure settling in tonight and tomorrow morning, expect decreasing clouds with colder temperatures and lighter winds. The tranquil period won't last long, however, as a major storm system takes shape over the Rockies and moves east/northeastward toward the Great Lakes region. Ahead of this storm system, snow will develop later Friday evening and continue into early Saturday morning. There will probably be a period of rain or at least a rain/snow mix late Saturday morning into the early afternoon. But by late afternoon Saturday, a change back to all snow is expected. Total accumulations through the weekend could range from 6 to 9 inches in some of the harder hit locations, with most of us getting 4 to 7 inches.