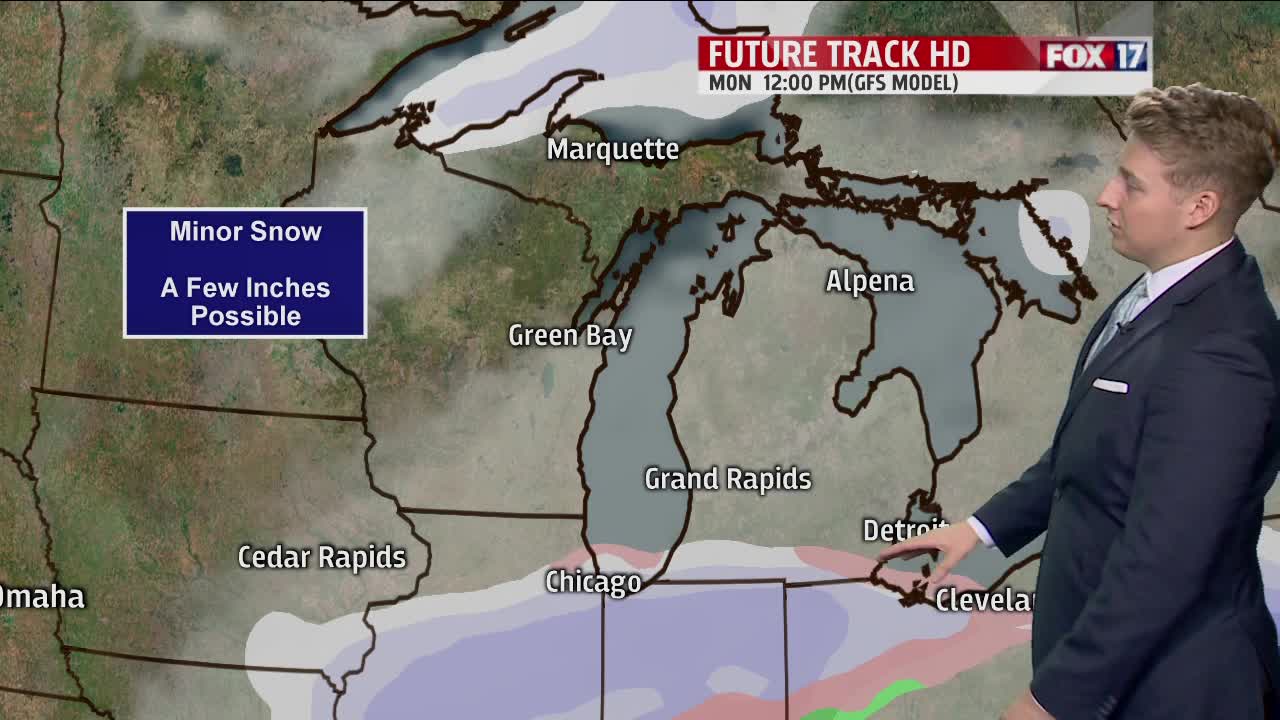 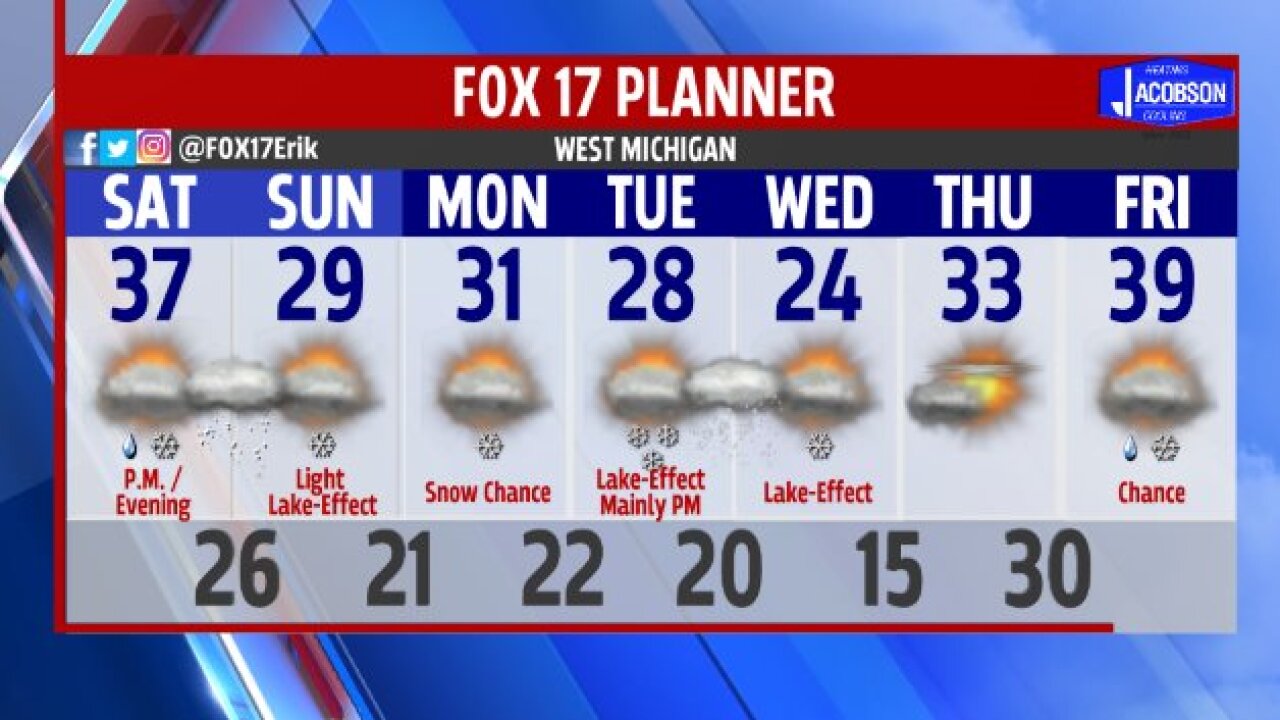 WEST MICHIGAN — The forecast from FOX 17 Meteorologist Erik Kostrzewa: Wind will be nearly non-existent tonight, leading to some fog developing after some of the snow melted. Temperatures will hover just below freezing, meaning some slick spots could develop. As northwest winds pick up Saturday afternoon and return colder air to West Michigan, lake-enhanced flurries and snow showers will develop for Saturday evening into Sunday morning. Initially we may have some rain mixing in as temperatures will likely be above freezing. Snow showers could deposit local accumulations on the order of a dusting to as much as an inch or two in the typical spots that get affected from a northwest wind causing lake-effect snow. New low pressure may spread some accumulating snow into especially the southern half of the viewing area through the day on Monday.

SATURDAY: Mostly cloudy. Chance for scattered rain/snow showers emerges as the afternoon works into the evening. Highs in the upper 30s. Winds become breezier the second half of the day at 10-15, even 20 mph.

SUNDAY: Mostly cloudy with scattered lake-effect flurries and snow showers especially early in the morning. Highs in the lower 30s. Northwest winds at 10-15 mph, becoming lighter through the afternoon.

MONDAY: Cloudy. Chance for snow to develop through the day with the focus across the southern half of the viewing area. Highs near 30 degrees.