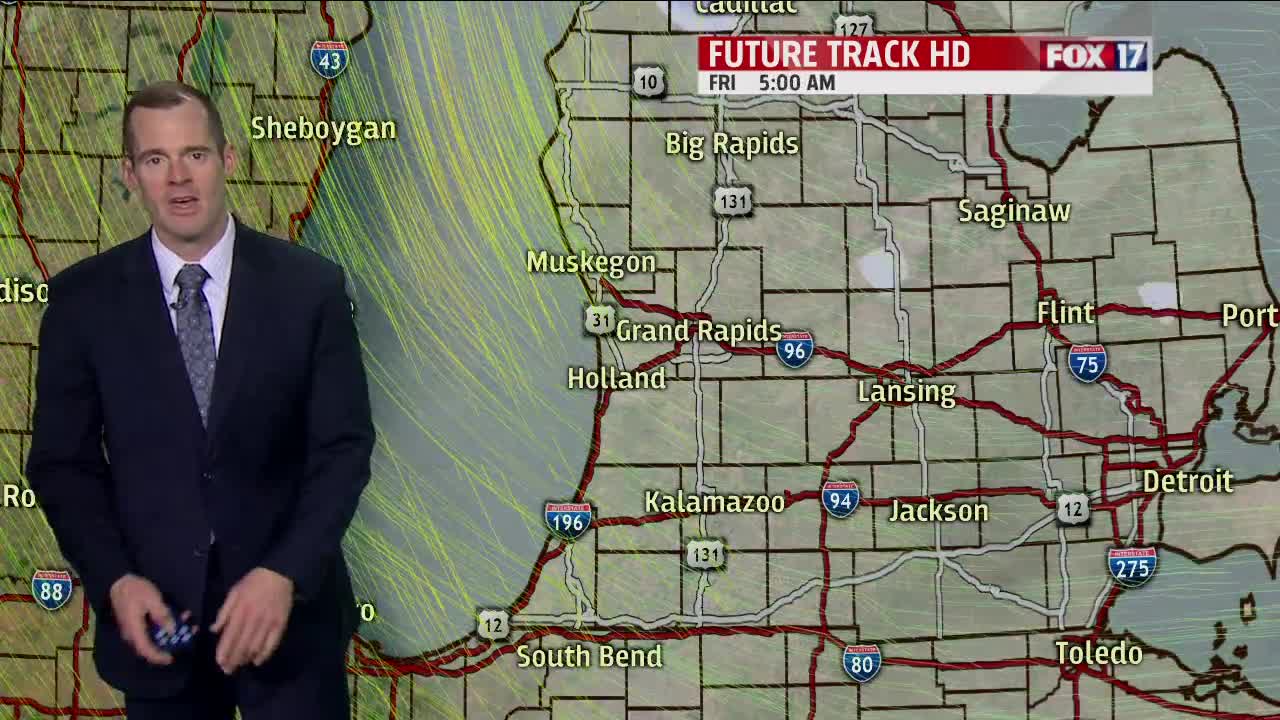 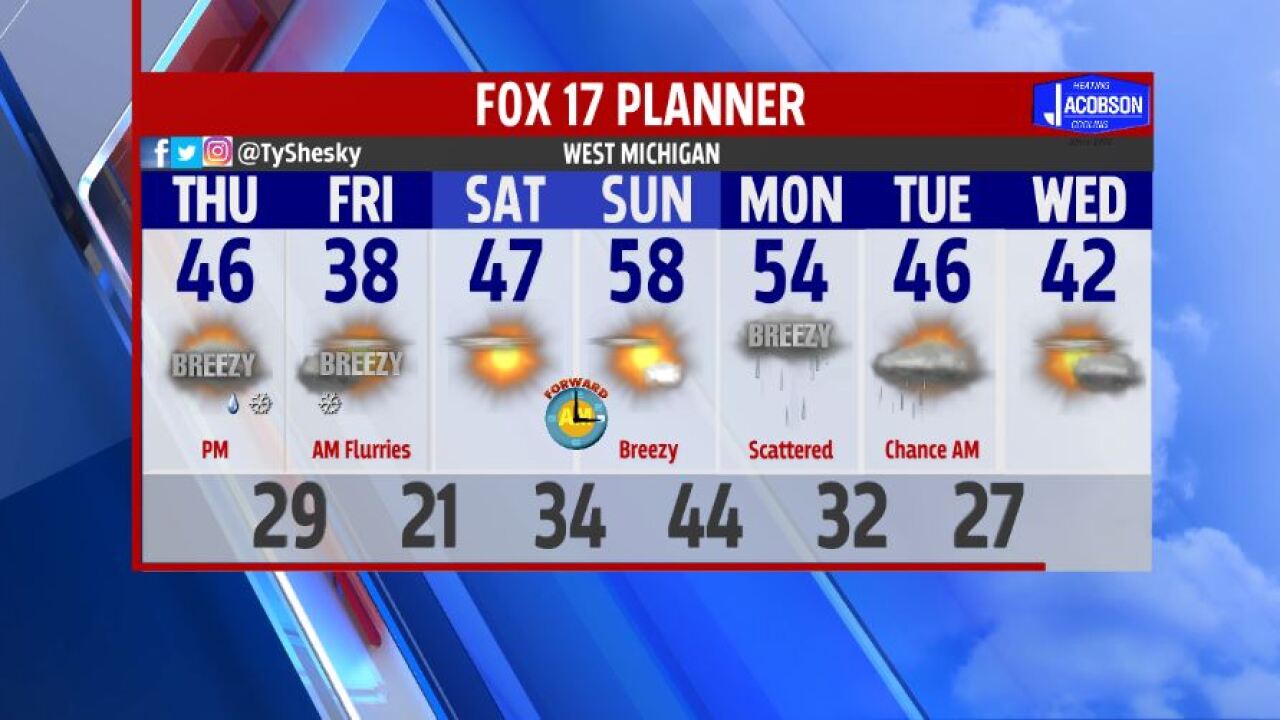 GRAND RAPIDS — The FOX 17 forecast from Meteorologist Ty Shesky: After quiet weather conditions tonight, a clipper dropping through from the north and west will bring a chance of rain and snow showers tomorrow afternoon into the evening. The precipitation will change to all snow before ending Friday morning, albeit light with little or no accumulation. High pressure will settle in Friday afternoon into Saturday, giving us quiet weather conditions.

TONIGHT: Mostly clear during the evening, but becoming partly cloudy overnight. Lows in the mid to upper 20s. West winds at 5 to 15 mph becoming light and variable.

TOMORROW: Becoming mostly cloudy with an afternoon chance for rain/snow showers. Highs in the middle 40s. Breezy with south winds at 10 to 20 mph becoming westerly late.

TOMORROW NIGHT: A chance of evening rain/snow showers, becoming mainly snow showers late. Little or no accumulation expected. Lows in the upper 20s to around 30. West winds at 10 to 20 mph becoming northwesterly.

FRIDAY: A chance of morning flurries or very light snow showers. Becoming partly sunny by afternoon. Highs in the upper 30s. Breezy with northwest winds at 15 to 25 mph subsiding to 10 to 15 mph late.

SATURDAY: Mostly sunny and mild. Highs in the middle to upper 40s.