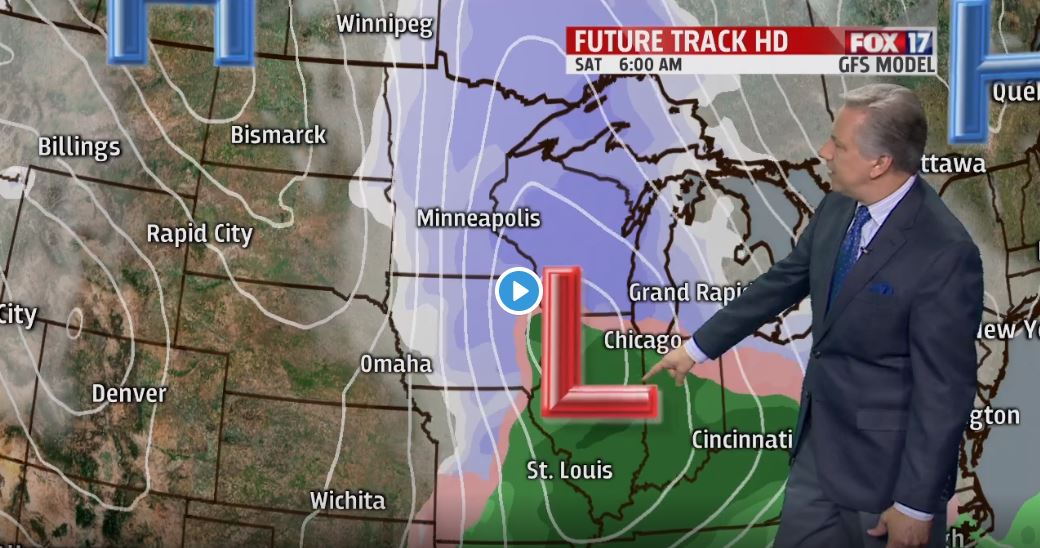 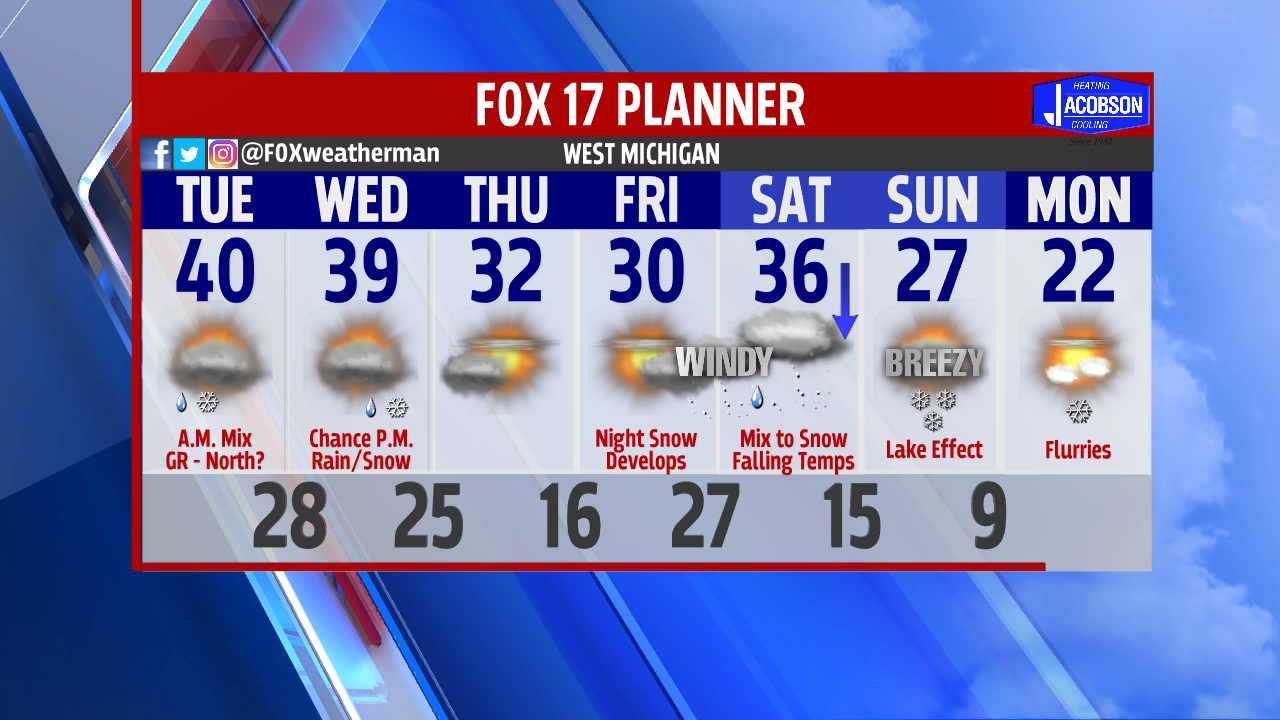 GRAND RAPIDS — The forecast from FOX 17 Chief Meteorologist Kevin Craig: A trough of low pressure swinging through the northern Great Lakes could ignite a few snow showers -- possibly mixed with freezing drizzle -- in some spots early Tuesday morning. Another disturbance could do the same type of thing for Wednesday late afternoon and evening, although the chance of precip would spread further south to include the rest of the area. Otherwise, the weather looks fairly quiet during the week until another big system takes aim on the area this weekend with wind and significant accumulating ssnow possible.

TONIGHT: Mostly cloudy. A chance of snow -- possibly mixed with freezing drizzle -- north of I-96 after 3am. Lows near 30 degrees. Southeast winds at 5 to 10 mph.

TOMORROW: Mostly cloudy. Chance of light snow showers mixed with freezing drizzle north of I-96 before 9am. Highs around 40. Winds southeast at 5 to 10 mph becoming west/southwest at 10 to 15 mph in the afternoon.

WEDNESDAY: Mostly cloudy. Chance of a light wintry mix after 3pm. Highs in the upper 30s to around 40. Southeast winds at 5 to 10 mph becoming southwest late.

THURSDAY: Partly sunny and a bit colder. Highs in the lower 30s.