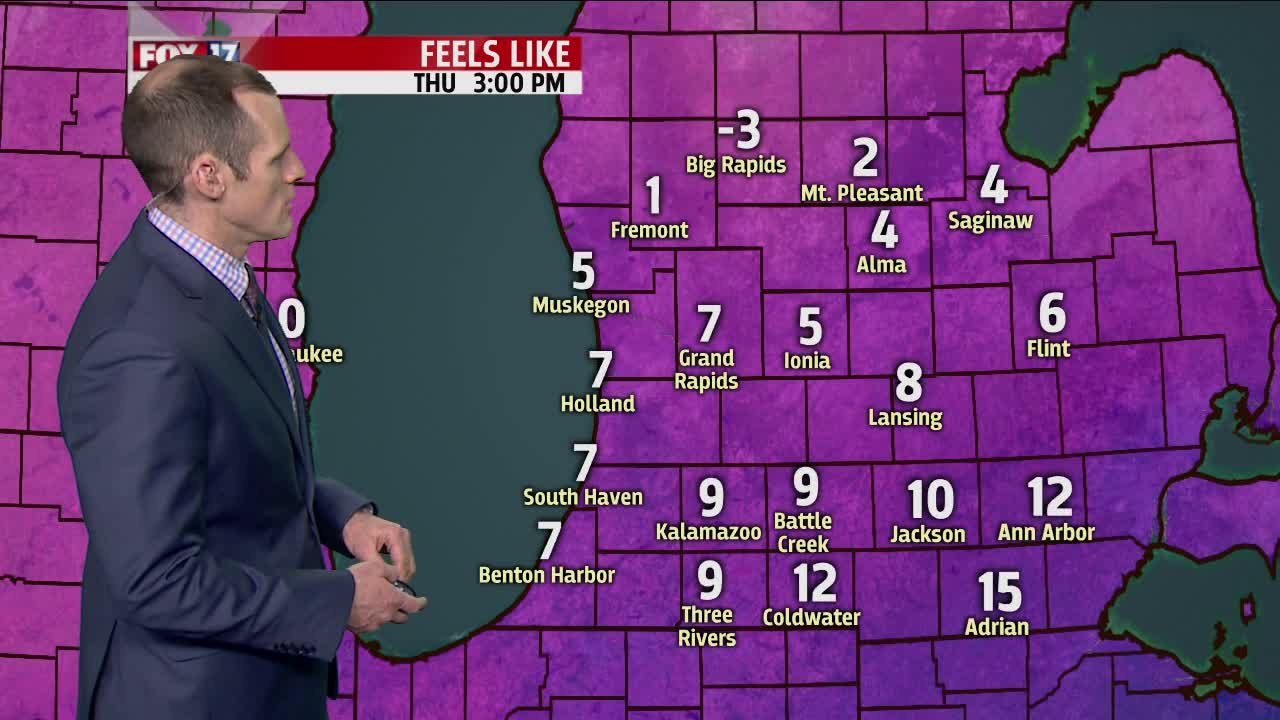 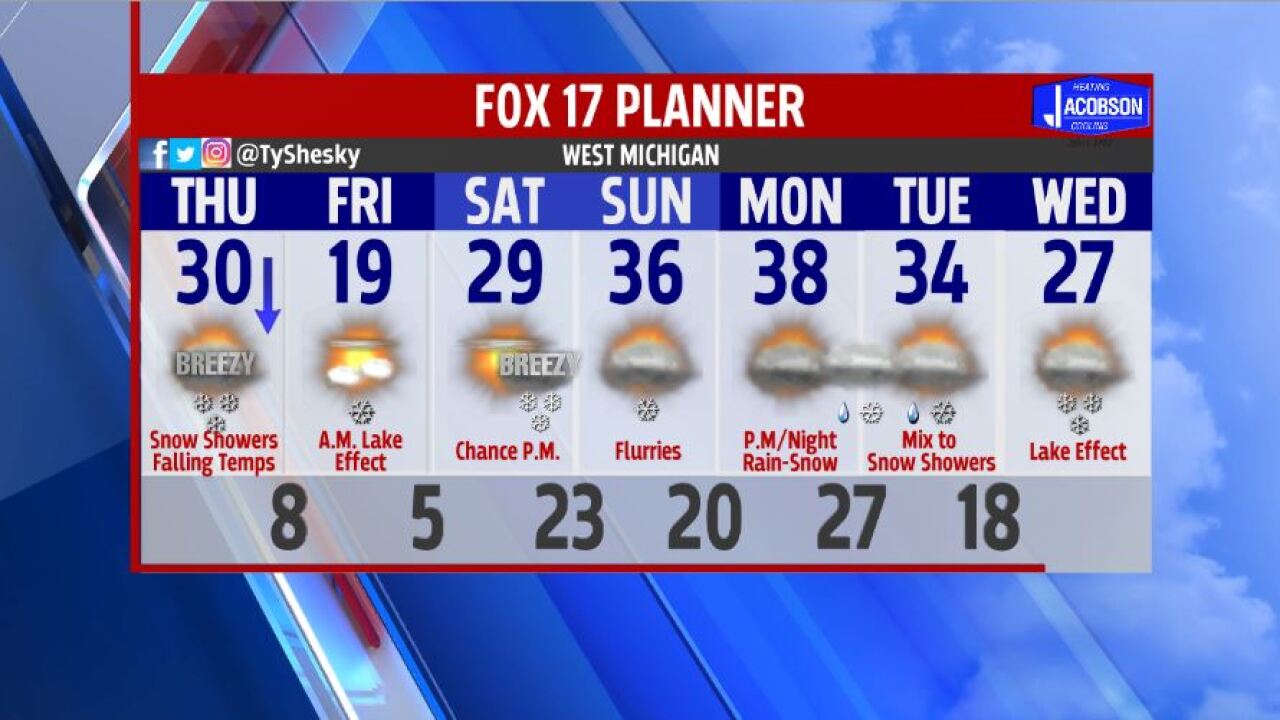 GRAND RAPIDS — The forecast from FOX 17 Meteorologist Ty Shesky: Low pressure moving across the Ohio River Valley early Thursday morning will bring light to steady snow across the area. As this low departs, the snow will taper off in most areas by Thursday evening, but some of the coldest air of the season will flow into the area behind it. This will create lake effect snow by the shore Thursday night into Friday. High pressure building in for Friday afternoon will bring some sun to the area, especially at inland points.

TOMORROW: Arctic air arrives! Cloudy, breezy, and cold with falling temperatures and accumulating snow. A general 1 to 3 inches of accumulation is expected at this time. Pre-sunrise highs in the upper 20s to near 30, then falling into the upper teens by late afternoon. Winds north/northwest at 10 to 20 mph.

TOMORROW NIGHT: Mostly cloudy with lake effect snow, mainly west of US-131. Lows between 5 and 10 above. Northwest winds at 5 to 15 mph becoming westerly late.

FRIDAY: Morning lake effect snow showers along/west of U.S. 131. An additional 1" to 3", perhaps 2" to 4" possible in these areas, otherwise partly cloudy to partly sunny and very cold inland. Highs in the upper teens.

SATURDAY: Mostly cloudy with snow chances arriving off a clipper system for the afternoon and evening time frame. Highs in the upper 20s and lower 30s.